Show us your Titanium....

Juan Kog said:
Cheers Alan , Now you tell me about the black stays

To be fair, I only discovered it myself yesterday and I could hardly contain my delight

But they would really set your bike off quite nicely

@Juan Kog black tape is so much better.....lol 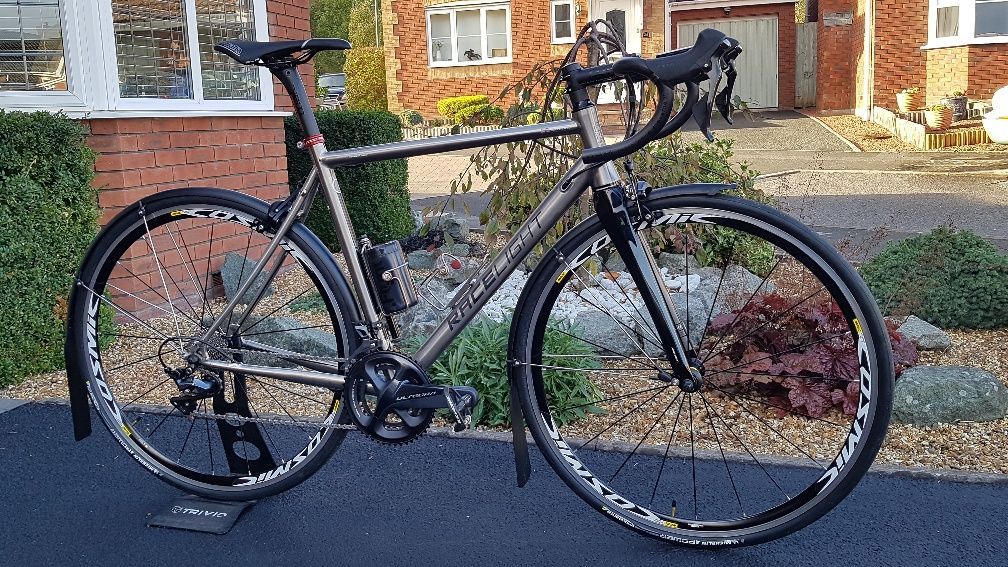 @Juan Kog Lovely bike. I'll echo what others have said about the red bar tape. But then again I have a real aversion to anything red. If you like the red, and you obviously do, then keep it and enjoy.

Us Ti bike riders are lucky people to have such great looking rides.

Venod said:
Brilliant bike I have one, but the red bar tape spoils it IMO
Click to expand...

Must remember not to post any photos anywhere on the forum of my Surly Steamroller.
gloss black frame with

The Elan is a lovely bike, but I'd have gone with the black bar tape.

Oh wait, I did 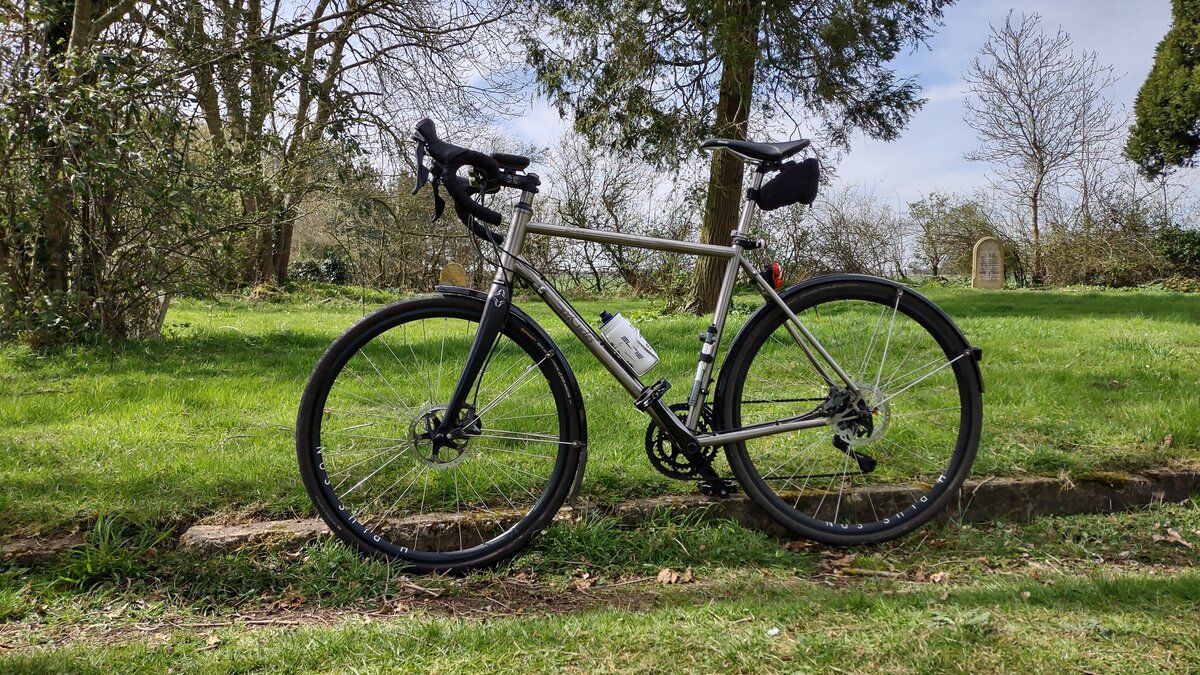 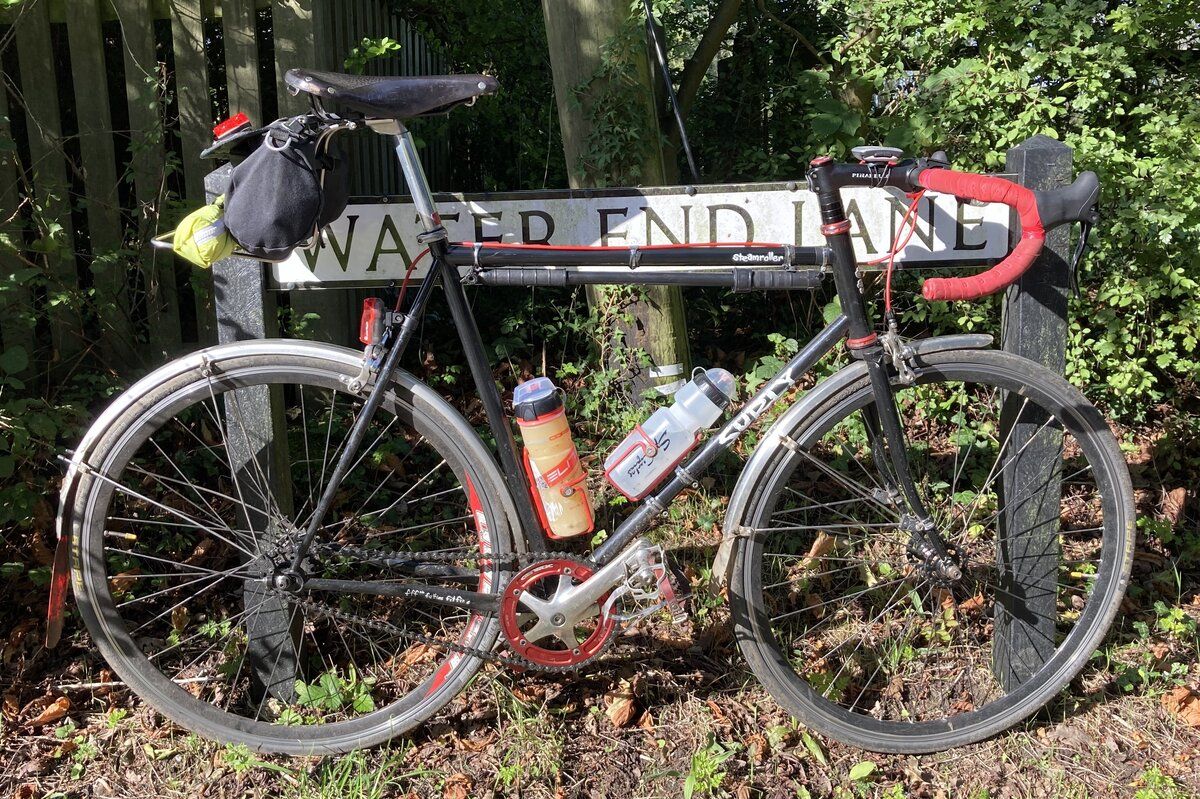 Black mudguards would be nice on that to.....

Black mudguards would be nice on that to.....

When the silver ones need replacing. I do have some red Bluemel mudguards but there wide and don’t look right with 25 mm tyres .

Again thanks to everyone who helped me make my decision, and thanks to @Paul_Smith SRCC and his team.

Its been a while since I posted a picture of my Ventus, so why not.
Here you go. 10 years old now and I still love every inch of the bike. Its served me well and we've enjoyed 10's of thousands of miles together and hope to enjoy many more miles in the future. 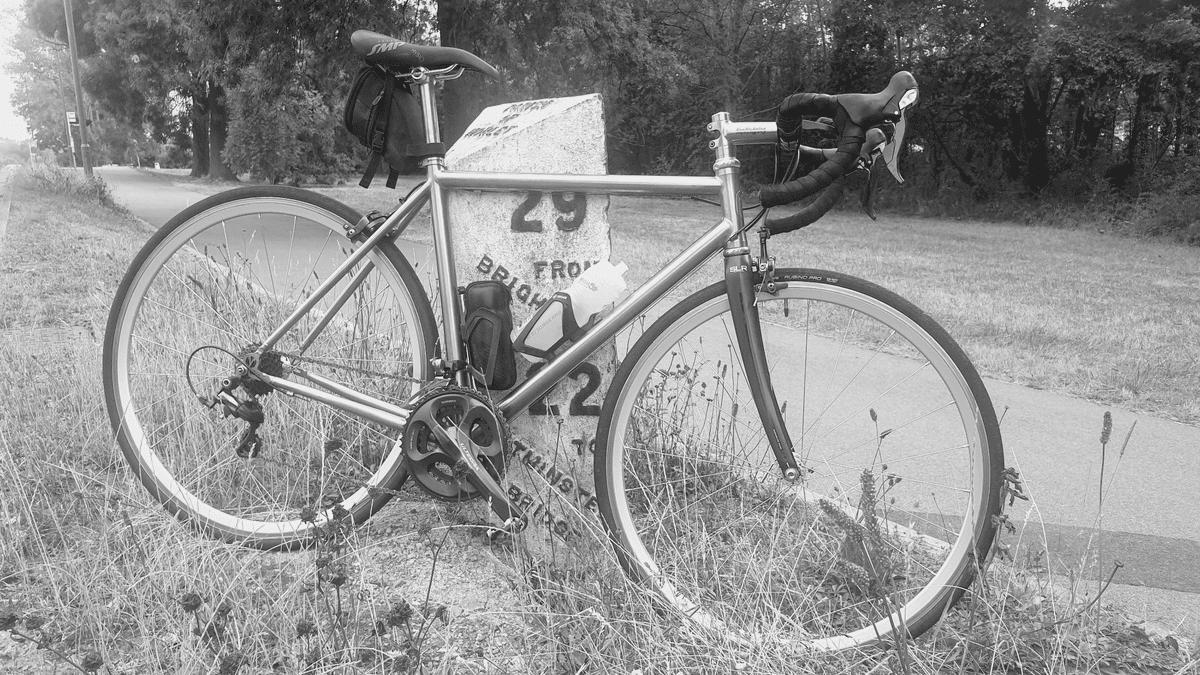 Well any excuse to post a pic, my Spa Elan with black bar tape. 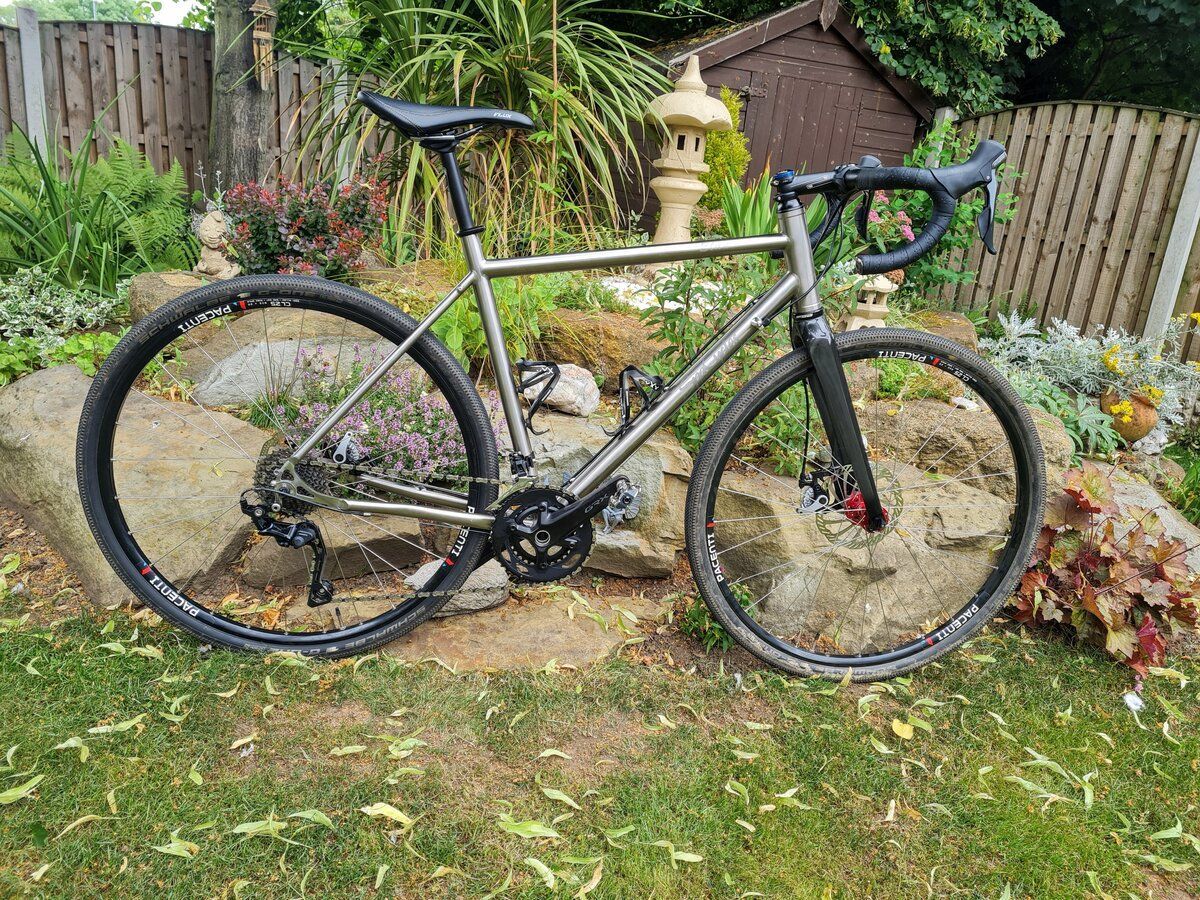 Venod said:
Well any excuse to post a pic, my Spa Elan with black bar tape.

@Venod very nice ,but you appear to have a “RED” front hub or is it just a trick of the light .
like your garden BTW .

Juan Kog said:
@Venod very nice ,but you appear to have a “RED” front hub or is it just a trick of the light .
like your garden BTW .
Click to expand...

Yes they are red hubs, I thought you would like them , although it has black hubs at the moment, I have three pairs of wheels I share between two bikes, the red hubs came about as I got the rims cheap from PX, and scouring eBay for hubs these came up Novatec NOS, a bargain price so I couldn't refuse, the tyres are Schwalbe G One all round 38mm but the measure 40mm on them rims. On the bike at the moment are some wheels that came with my Synapse, WTB rims with Formula hubs, running 32mm Gravel Kings semi slick, these were through axle only, I modified the rear to fit QR, the front only needed an insert. The third set are a pair of Kinesis CX another eBay bargain, they are the wider tougher model but have the stickers of the narrower cheaper model on them, I guess that's why they were selling them cheap, they have some 36mm Gravel King, SK on them. The two rims with the larger tyres are shared with my OnOne Pickenflick, the 32mm would also be OK on there but I use the Pickenflick off road a lot.
You must log in or register to reply here.

Show us your... Window sill

Show us your Pub Bike

Show us your Cycling Cap Collection

Show us your small bikes/children’s bikes