Can someone tell me brand and model of this bike cuz I really cant figure it out. This is only pic I have. 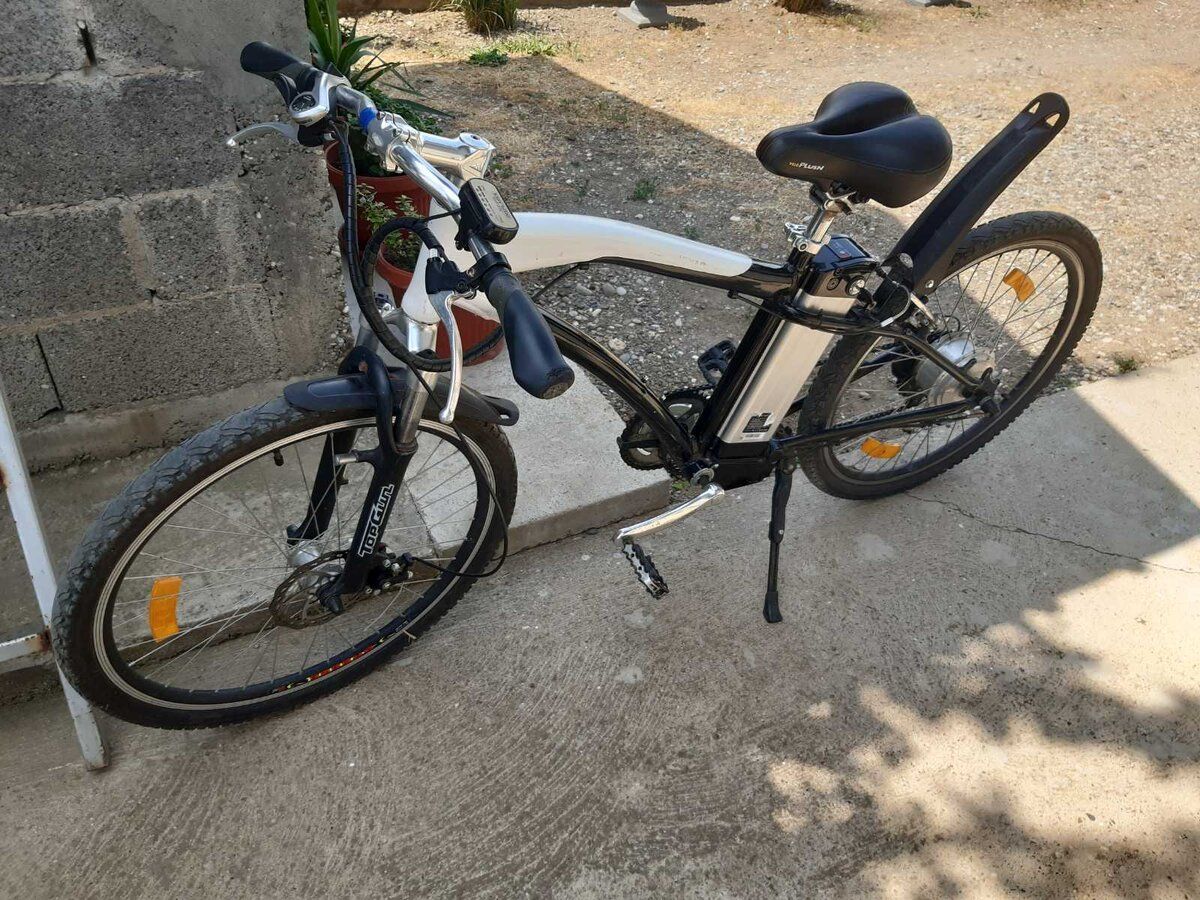 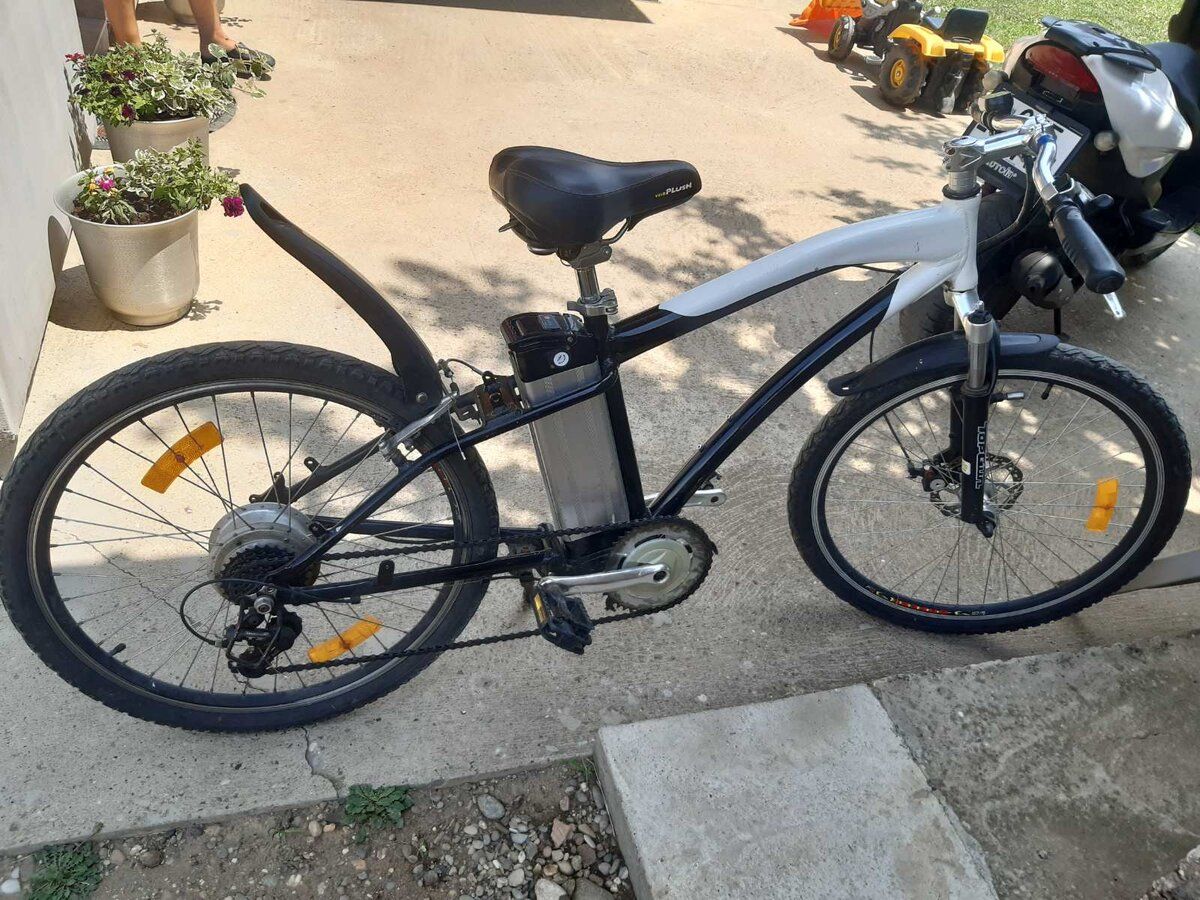 Could be anything. With many mountain bike frames from the same manufacturer being made in the same factory it's almost a hopeless task. The only way might be from any ID stamping on the underside of the BB or scraping off some of the paint.

Location
The Home of British cycling

Could be a A-4e Skyhawk.

Bars aren't on right and the grips are back to front. Looks fairly generic e-bike.

One disc and one V brake ?
Disc cable just hanging down.
I think someone's been tinkering with it. Whatever it is.
OP
K

I ask because I got offered to buy it.
So these are only pics I got.
I dunno what to do now, guy says batteries are in good condition.
R

Could be a cemoto electric mountain bike (or could be similar under a different brand). 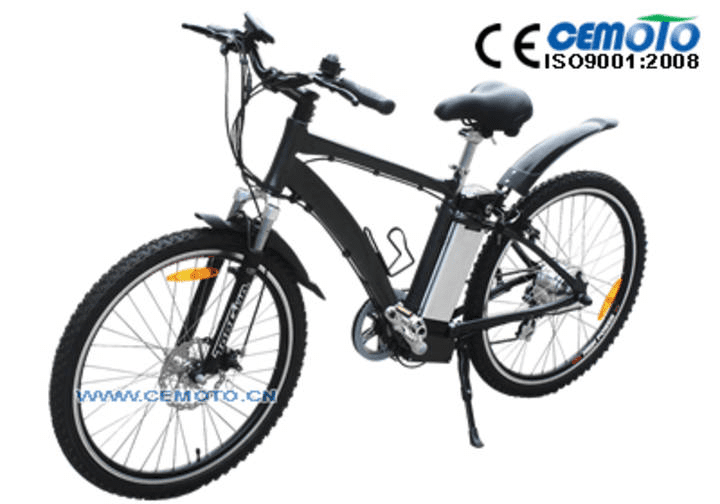 9th one down on the following page:

kalu03 said:
I ask because I got offered to buy it.
So these are only pics I got.
I dunno what to do now, guy says batteries are in good condition.
Click to expand...

You can never accept what a stranger tells you re the battery It might be right, it might be bull. Once you brought it, its potentially your problem. Not sure how you can mitigate the risk, ask to borrow it for a day, ride it from full charge and see what you get...otherwise, it's a gamble unfortunately.

Someone who can't be trusted to assemble a bicycle correctly probably isn't the best judge of battery condition. Even if he's a jolly nice chap and acting in your best interest..
R

kalu03 said:
I ask because I got offered to buy it.
So these are only pics I got.
I dunno what to do now, guy says batteries are in good condition.
Click to expand...

If someone has offered to sell you it then they should be telling you what make and model the bike is, what year it was made, how much use it has had etc.
I guess that the owner hasn't told you anything about it or you wouldn't be asking?
How much are they asking for it?

Of course it is totally up to you but it looks to be a very cheaply made bike:
Cup & cone bottom bracket (nothing wrong with this - simply older technology that only tends to be used on cheap bikes these days)
Front disc brake and rear v brake (weird to have both - again, only ever seen this on cheap bikes).
As other have mentioned, it hasn't been built right so I doubt the owner knows enough to have maintained it mechanically.
Photo is quite blurry but looks like chainring teeth are sharply pointed which if this is the case would need replaced (probably along with a new chain and cassette/freewheel). As the chain wears it will wear down the cassette/freewheel, if you don't change it in time it will also wear down the chainrings till the are sharply pointed/sharktoothed. Good bikes allow you to fit a new chainring. Cheaper bikes have a sealed unit and you need to source a whole new crankset.

Personally if I was buying an electric bike I would buy one from a well known brand and check that you will be able to source spare batteries etc if/when things goes wrong.

Cheap bikes don't tend to be built for longevity and finding spares for a cheap bike may be an issue.
Last edited: 11 Jul 2021

Looks like cheap rubbish to me. You'd be better off on a bike without the motor.
It's also assembled really badly. Probably dangerous. Avoid.

cougie uk said:
One disc and one V brake ?
Click to expand...

Some cheaper ebikes are built that way.

It also gives more room for the rear hub motor.

Decent enough design given the front wheel bias for braking a bicycle.

it cant have a rear disc despite the frame mounts for it, because there isnt room due to the motor hub.

The biggest issue that no one has spotted is that its built for a giant, just compare it to the JCB in the background....

T4tomo said:
it cant have a rear disc despite the frame mounts for it, because there isnt room due to the motor hub.
Click to expand...

The later design motors are a bit wider so a disc can be fitted without a having a ludicrously wide rear triangle.
You must log in or register to reply here.
Similar threads