haha, yes, it's because my last few cars have been ~5L gas guzzlers. 15mpg.
OP
OP

Decided I can cope without the folder, and I've given up trying to find a road/gravel type bike with some kind of small travel front suspension (like Future Shock).
Also like that this bike has a mid-mount e-drive rather than hub, and removable electrics.

carl0s said:
haha, yes, it's because my last few cars have been ~5L gas guzzlers. 15mpg.
Click to expand...

You have to offset all that cycling.

Decided I can cope without the folder, and I've given up trying to find a road/gravel type bike with some kind of small travel front suspension (like Future Shock).
Also like that this bike has a mid-mount e-drive rather than hub, and removable electrics.
Click to expand...

Decent price - the Boardman at £2,700 is competitive for a Fazua motor ebike, so to get £400 off is good going, also bearing in mind it's a new model.

Pale Rider said:
Decent price - the Boardman at £2,700 is competitive for a Fazua motor ebike, so to get £400 off is good going, also bearing in mind it's a new model.

Really like the look of these new Boardman ebikes. I've been very tempted by the HYB 8.9E, especially this weekend with the 15% off.

Let's hope it does the job for you.

This video shows Matt Stephens flying up a couple of Alpine climbs on a Pinarello (same motor), beasting some strong cyclists on the way, including Fabian Cancellara.

It also shows the battery conking out, which tells you two things, climbing really saps the battery on any ebike, and Fazua bikes have relatively small batteries.

I got it. I've only been out twice so far. Did 8 miles yesterday up/down the canal. Mostly unassisted, or lightly assisted ;-)

It's good. I had a bit of buyer's remorse when looking at the paint quality, but I gather it's typical for bikes and I should just get over it. Some bits basically don't have any paint - i.e. it blends out into pure aluminium inside the button housing for the battery release, and on the side in the battery compartment. Also, the Halfords guys did a crap job of sticking the stickers onto the rims. It looks like the person grabbed it with oily hands, so the stickers are un-stuck in places, and not flat / have bubbles in others. I don't want to sound like a whiner, but if I was assembling my first bike (actually, this is the first bike I've ever bought for myself, apart from a £50 one I bought just so that a friend could buy a his-and-hers and just keep one of them), anyway, if I was assembling not only my first bike regardless, but my £2,500 bike, well, I would be taking care over the details. Oh yeah I rode it home from Halfords (half a mile, no big deal, but I had not ridden on roads as an adult until now (I'm 38) and the derailleur wouldn't hold onto top or bottom cogs, and I was unsure if it was too big for me/saddle height correct, and how to deal with the traffic - so having gear weirdness going on wasn't a welcome thing. It was easy to sort that but has obviously tainted my opinion of the care / attention to detail that they take. They do have some good deals on stuff though. To be fair, they had locked the doors, as I'd just got there at 1 minute past, and they let me in and sorted me out when they all wanted to go home. If I'd got there earlier perhaps I could have had a quick test in the car-park and they'd have sorted the derailleur.

The worst part is my arse and the saddle, but I realise I'll get used to that. For a moment I thought 'oh no, I should have got a mountain bike'. I have fitted a redshift shockstop suspension handlebar stem - that's helped a lot with the bumpy bits on the canal (tree roots I think - they were horrendous), and I've also fitted a TMars 475 parallelogram suspension seat post (like the Suntour SP-12 NCX, but uses an elastomer and no spring as far as I can tell, and is lighter and more compact. I'm not sure it's as effective though. Might get the Suntour to try too.). I have one of those split-carbon seatposts on the way from China (copy of a £200 Canyon VCLS I think).

I also invested in some super padded under-shorts.

All in all though I really liked my 8 mile canal journey (my second bicycle ride in the last 10+ years easily - so take my opinion as just that - one of a none cyclist). The power assist is definitely mild. I would describe it as : if you're using a rowing machine, and you wimp out and put it into low-tension/easy mode for a while. It feels like that. Very transparent, quiet, and you could easily not realise it's there, until you switch it off and it suddenly feels like you have a massively under-inflated tyre.

I'll be trying the trick of moving the wheel speed sensor and having it read off a magnet on the back of the pedal instead of the wheel. I have no GPS (phone tucked away in saddle bag), but I suspect 15.5mph might be a speed I was hitting quite easily. I'm not sure.
Last edited: 11 Jul 2019
OP
OP 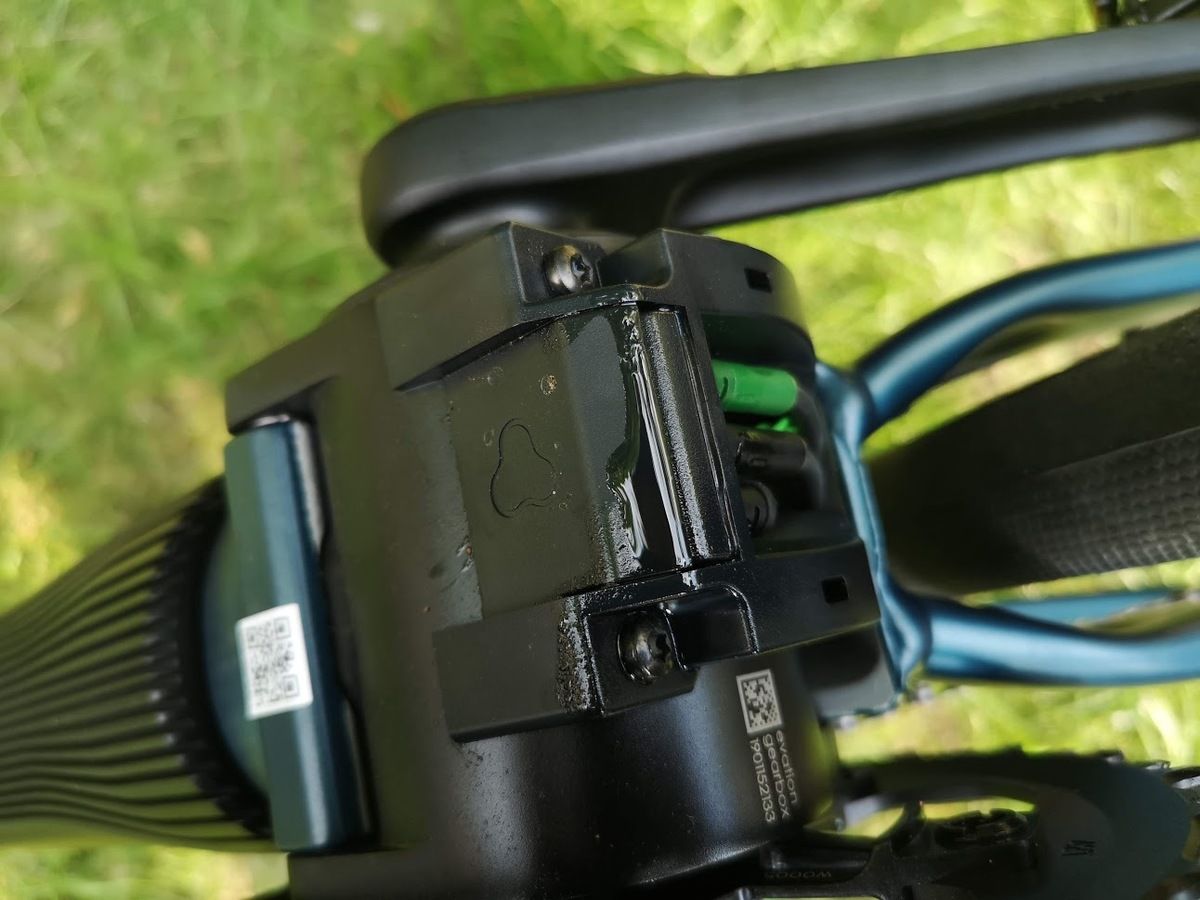 The Fazua instructions don't say anything about filling with oil, and the Boardman manual is a totally generic Boardman bike manual. I guess I'll just keep an eye on it.
Last edited: 15 Jul 2019
H

icowden said:
From experience, the Tern will feel as solid as a road bike, albeit a heavy one. They are prone to issues with the main hinge over time (mine goes every 2 years ,but I commute 6 miles on it every day and fold 4 or 5 times per day), but the hinge is easily serviced with a £30 hinge pack.

The Vektron is a small wheeled tern, so I don't know what the ride would be like on that.

In terms of adding a motor to the Eclipse I would have thought the main difficulty would be in placing the battery pack (assuming a separate battery pack not mounted on the wheel) as the tern doesn't have conventional frame geometry and the eclipse has a folding handlebar stem.

I found this one which has a reasonable budget, large wheels and folds:

Hi Icowden,
I plan to buy this Eclipse P20 also. Can you buy the hinge and repair yourself or have to be fixed by repair shop? Thanks

hulinning2 said:
Hi Icowden,
I plan to buy this Eclipse P20 also. Can you buy the hinge and repair yourself or have to be fixed by repair shop? Thanks
Click to expand...

Technically yes, but it is *very* hard to get the parts from Tern. Even the shops seem to have difficulty. It's not the hinge per-se that needs replacing, it's usually the metal bar that pulls the hinge closed that snaps. It is put under a *lot* of stress - not helped when the bike shop (Evans) insists on overtightening it.

That said. Tern have revised their hinge a lot since the days when I bought my first Joe. My new Joe has never had a hinge issue (although admittedly since Covid I've only used it twice).
You must log in or register to reply here.