Now seems a good enough time to advertise a new Audax Club Hackney ride that's been in the planning during the various lockdowns.

"The Way to the Sea" is a new 200 km ride that starts in Greenwich and visits some of the coastal areas of Kent. The ride leaves Greenwich via Shooters Hill and the pretty village centre of Bexley. After ~15 km the urban sprawl of London is over. The first control will be the Tesco in Meopham before the route descends to the Hoo Peninsula. This is where Charles Dickens set some of "Great Expectations". This is what he said about the area: it is a "dark flat wilderness beyond the churchyard, intersected with dykes and mounds and gates, with scattered cattle feeding on it, was the marshes; and that the low leaden line beyond, was the river; and that the distant savage lair from which the wind was rushing, was the sea". Hopefully in July the sun will be out.

The ride heads all the way across the Hoo Peninsula to a control on the Isle of Grain at the Co-op. From there to the next control, in Minster it's ~6.5 km in a straight line across the Medway Estuary, but it's 50 km on the road back across the Hoo Peninsula, through historic Rochester and crossing the Swale at the Kingsferry Bridge onto the Isle of Sheppey. The Kingsferry Bridge is a vertical-lift bridge that is still in operation to allow boats to sail along the Swale. It'll be down to luck if anyone has an enforced rest at this point. The Minster control will be overlooking the sea with an ACH spread of food and goodies.

The final control is West Kingsdown (Co-op), after which it is a pretty easy ride back into London via picturesque Eynsford. Hopefully by July the COVID situation will be OK to allow the ride to finish at one of the riverside pubs in Greenwich.

It's definitely a ride of two parts, with the flat coastal scenery for the first 140 km, followed by a hilly section over the North Downs on the way back to London. The rewards are wonderful coastal views, big skies, visits to lesser known parts of Kent, and beautiful country lanes.

The ride is planned for Saturday 3rd July. Entries are currently planned to open in early May to avoid having to refund anyone if COVID restrictions change between now and July.

There'll be a routesheet and .gpx file published nearer the time once the route has been finalised. For the moment here's the outline: 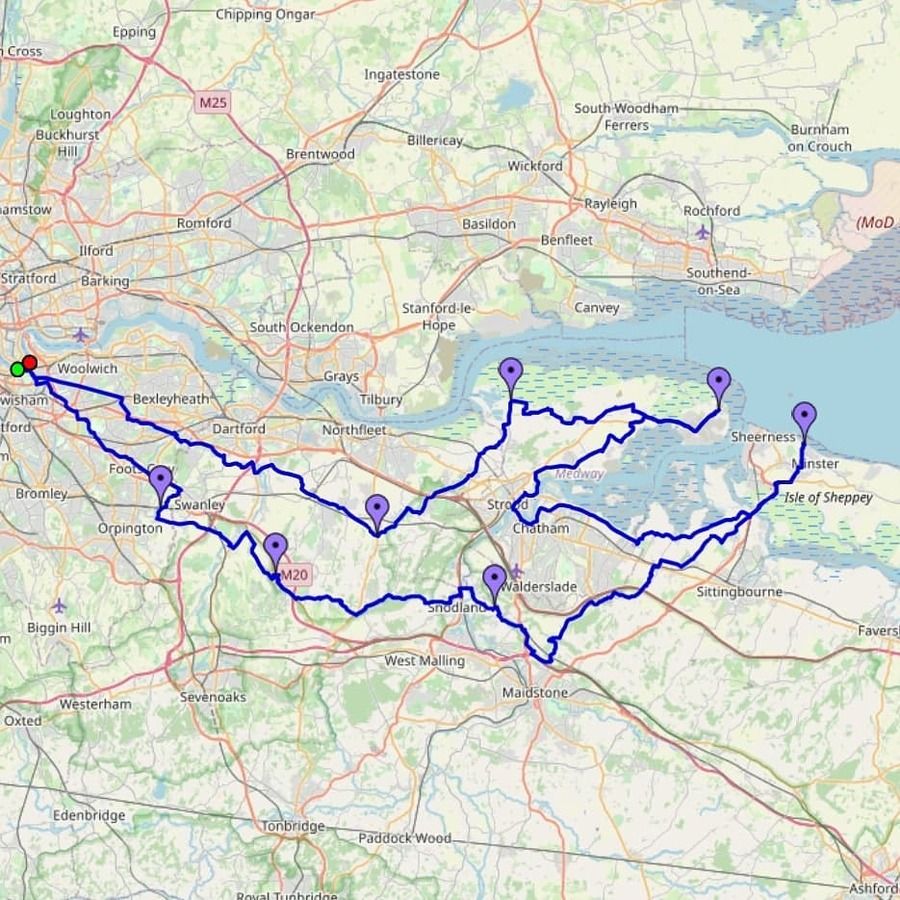 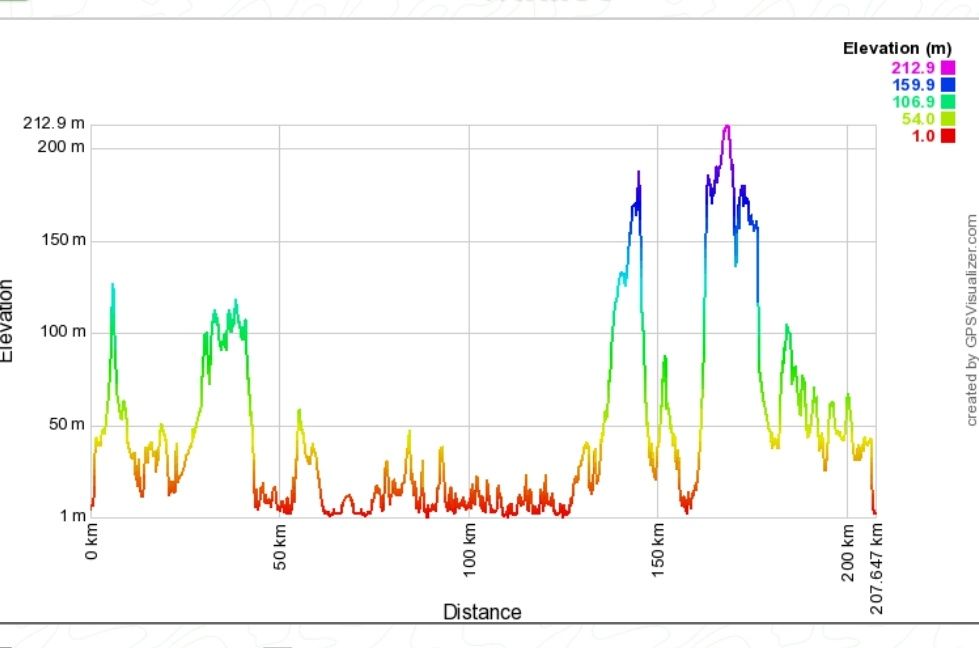 Looks good though passes by about a mile from my home on the return leg. And after the double beasts of Birling and Vigo, that will be hard to not stop

You'll be cycling through my patch. If you are riding thru Longfield, I'll cheer you on.

...the pretty village centre of Bexley... Which century does the ride begin in?

This looks fantastic. I've ridden pretty much all those roads. I have no idea if I'll be fit enough to ride 200k by then but it's something to dream about.

I'm so excited by this that I've made a completely unofficial, RideWithGPS route based approximately on the picture above (which itself is just an outline), exclusive to CC readers. I emphasise that I have no connection with ACH and this is not for navigation and is for lockdown daydreaming purposes only.
https://ridewithgps.com/routes/35283793?privacy_code=Z5ZtRTm2PBUc5J7M
Last edited: 28 Feb 2021

It’s funny how 200km rides can go from the no drama category to bloody hell I'm knackered and only 50km in. Fitness and endurance is a fickle thing, rarely static.
C

I live in the right area and....I am interested.

Had set my self a target of a 100mile ride this summer but ....have a holiday (avec Velo) in Llandudno booked then. If it's postponed I (hope) to be there. Will monitor this.

Mmmm I need a long training ride early July and this fits the bill perfectly...goes to find diary....

@Trickedem
Can you look at this route. Let us know your thoughts of the roads out to Grain and Sheppy

@adamski - what's the parking situation/ location for the start?

ianrauk said:
@Trickedem
Can you look at this route. Let us know your thoughts of the roads out to Grain and Sheppy
Click to expand...

Surely all roads leaving Grain and Sheppy are good?

ianrauk said:
@Trickedem
Can you look at this route. Let us know your thoughts of the roads out to Grain and Sheppy
Click to expand...

Note I might not have got it quite right. I copied the screenshot by eye but the route might not be quite the same.

Dogtrousers said:
Note I might not have got it quite right. I copied the screenshot by eye but the route might not be quite the same.
Click to expand...

For sure.
Just that Tim lives that way and knows the roads well. Looking at their original map, there's a couple of not so nice roads by the looks of things.

I reached out to @adamski on YACF to help with some route choice through Strood. Personally I would avoid the A228 at all costs, particularly the short section downhill from Chattenden, although on a Sunday it won't be as bad. The route you have shown also goes down NCN1 Donkey Hill, which is the most ridiculously steep narrow path, so might be better to avoid.
The Isle of Grain is fantastic though and the route shown is broadly the same as that of the Medway Marvellous.
You must log in or register to reply here.
Similar threads