Does anybody have an arthritic elbow? I cannot straighten my right elbow due to osteoarthritis.

If so how do you manage?
T

I just suffer through it. It does hurt quite a bit after two hours in the saddle, but it's not unbearable, and doesn't get worse, even up to 6 or 7 hours. I try to do some bends and straightens every so often, either no hands, or when at lights, or when having a pit stop. Maybe one of these days I'll bring some ibuprofen on a ride. Arthrotec makes me feel funny so I don't use it, though my mum swears by it for her back.

I think when I rode with flat bars the pain was a little less (not much), but things might vary for you...

Yep, I was diagnosed after a car crash, then I was knocked off and busted it really bad. It won't straighten and I have some pretty painful days. As the wife says, I've just got to 'man up' on the bad days - I don't need the smack tablets anymore. On long rides, I find it can be easier to ride with it slightly bent on the hoods - this method seems to take the sting out of poor quality roads.
T

The least painful position for me is on the tops, but that's no good if you need to stop in a hurry.

Yup, elbows are my thing. here's a close up of my in long distance posture. I had no idea how uneven it was until I saw this.

Broke my right elbow when I was 6 or 8, ended up with bone in the joint which i didn't have removed. In this picture, both arms are "straight".

Currently the only problem is range of motion. no pain. I saw a series of NHS docs, the last one was a specialist surgeon who said "no pain, you can do everything you need to? then I advise against surgery". When a surgeon says no surgery, I obey.

I doubt I could still row bow side, but I'd switched to stroke side before I stopped rowing.

At the time of this picture, I had real problems with my left elbow, which was locking up. That disappeared 18 months ago. Looking at the picture, it was probably caused by me hyperextending it.
T

My broken elbow straightens about the same as yours, jefmcg. However, when I saw the surgeon, he said "pain - let's operate," replacing the head of the radius, doing nothing for the pain, and doing nothing for the range of movement (which I think is a large contributor to the pain). When I told him that after the surgery the pain was probably worse, his next idea was to just take the ball out and leave a floating joint. I told him to get stuffed, and I just put up with it. I'm strongly tempted to go private to try to find someone who will file down the joint so that I can straighten it, but it seems like that would be quite a bit of cash that I can ill afford, and the risk would be that it is even worse afterwards.

Not sure where you are in the country but you could ask your GP to refer you to a different surgeon or you could pay a few hundred to see someone privately (be aware imaging can get expensive on top) and then see if you can get treated on the nhs (obviously you need a surgeon with an nhs practice too, most do)

The guy who sorted my tennis elbow was top notch, and although I used private health insurance, he has a renowned nhs practice too (shoulders and elbows)
T

Thanks, vickster, I'll mull it over. Étape this year, so I can't interrupt the training for that, but maybe in the Autumn I will look into it...
OP
OP

Tried raising the handlebars and turning the hoods up but resulted in lower back pain so back to original set up.
I have lost full extension which makes for a really uncomfortable ride after a couple of hours and searching for different hand positions.

I saw a consultant today and the x-rays and a ct scan show osteoarthritis in both sides of the elbow and some floaty bits.

The decision is to go for an arthroscopic clean out and debridement of the joint and this will give four or five years before a replacement joint is considered. It looks like two weeks recovery and then up to a month until "back to normal"

I had debris in my joint, that's what caused the problems I have now. decided not to get anything done as arthroscopy in the elbow was very new (this was a long time ago). Probably a bad decision, but I guess my joints still work now, so maybe not.

I got an elbow full of titanium that causes me grief. Another operation is looming, the third. Can't wait.

I've had the insides of mine cleaned out twice. The surgeon showed me a photo once, and it was a horror show of dripping residue. I can't say I thought it helped getting it cleaned out, but it didn't make it any worse.

I'm waiting for them to be able to grow me a new joint in a lab :S
OP
OP

Well I took the plunge and had the arthroscopy! I'm hoping to get back on the bike in three weeks or so. 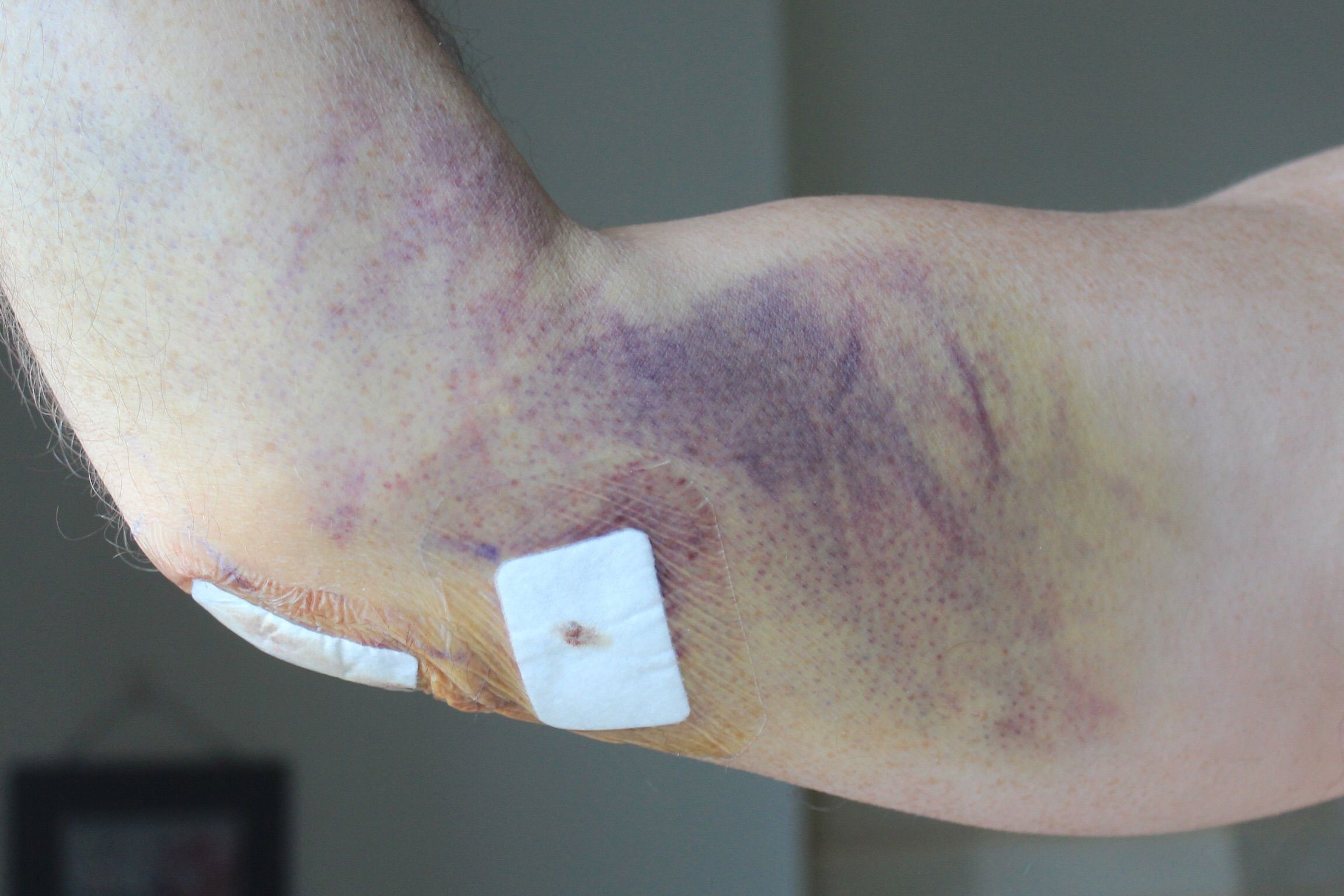 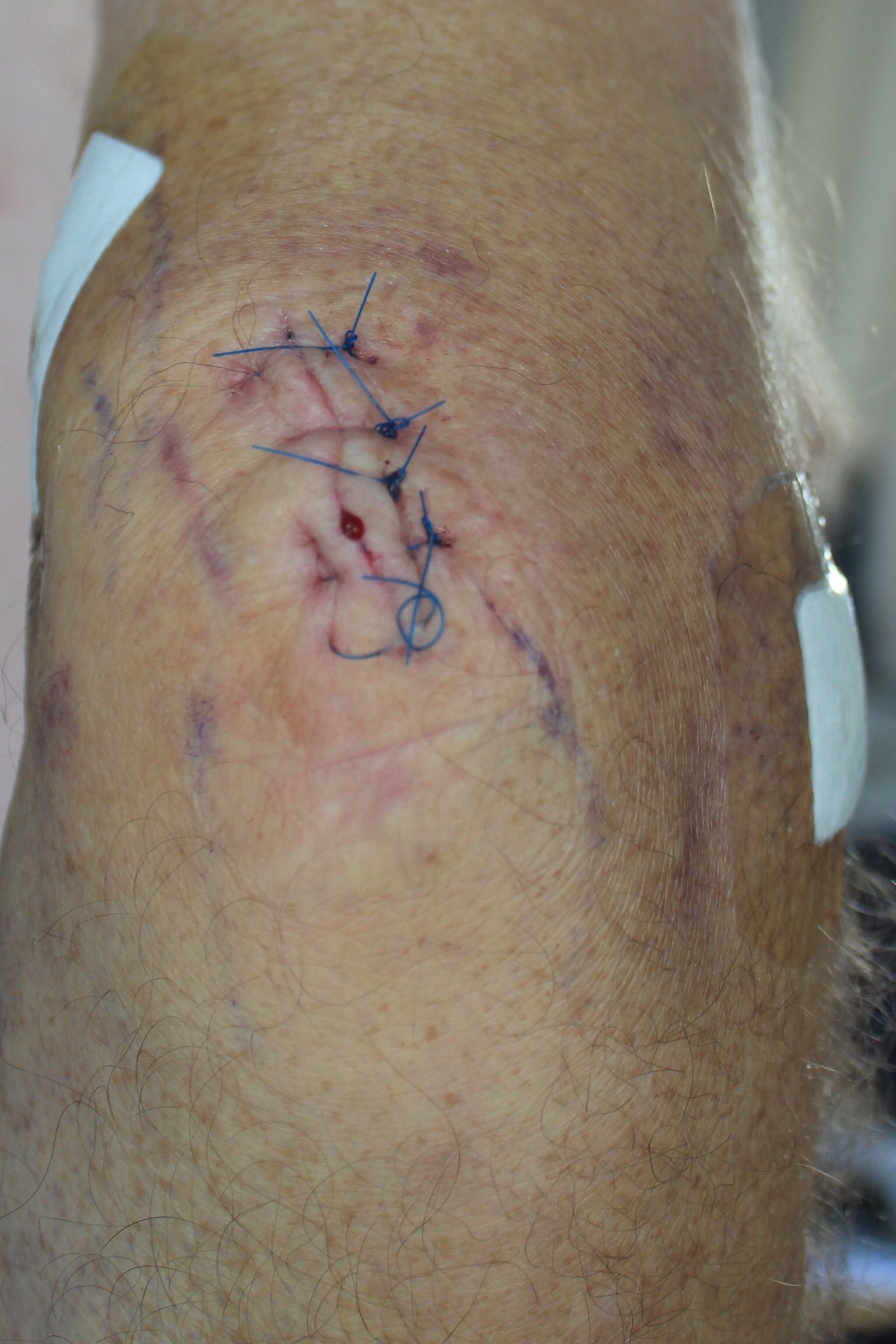