Beware of our own Wizarding Wizard. 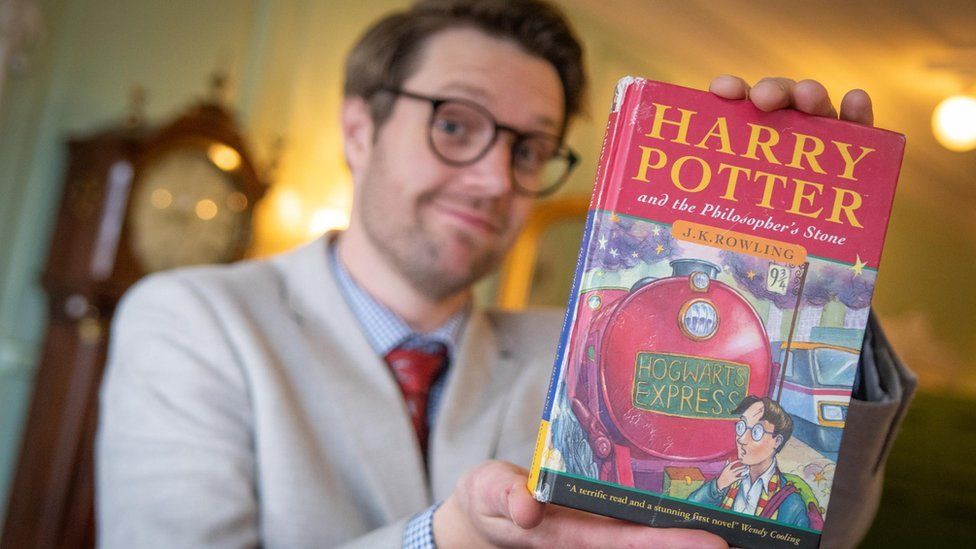 A rare first-edition copy of JK Rowling's first Harry Potter book was sold at auction for £28,500. It was identified as one of only 500 from the original print run thanks to two typographical errors. Of the following, which was NOT one of the telltale mistakes?


CORRECT - The name of Harry Potter's arch enemy, Draco Malfoy, was printed error-free, unlike the title which was referred to as "Harry Potter and the Philospher's Stone" on the back cover (see below). The original also repeats "1 wand" in a list of equipment Harry is required to bring to study at Hogwarts School of Witchcraft and Wizardry. The owner of the 1997 first edition had picked up the copy for £1 from a library. The first in JK Rowling's series was released in the US under the title Harry Potter and the Sorcerer's Stone. 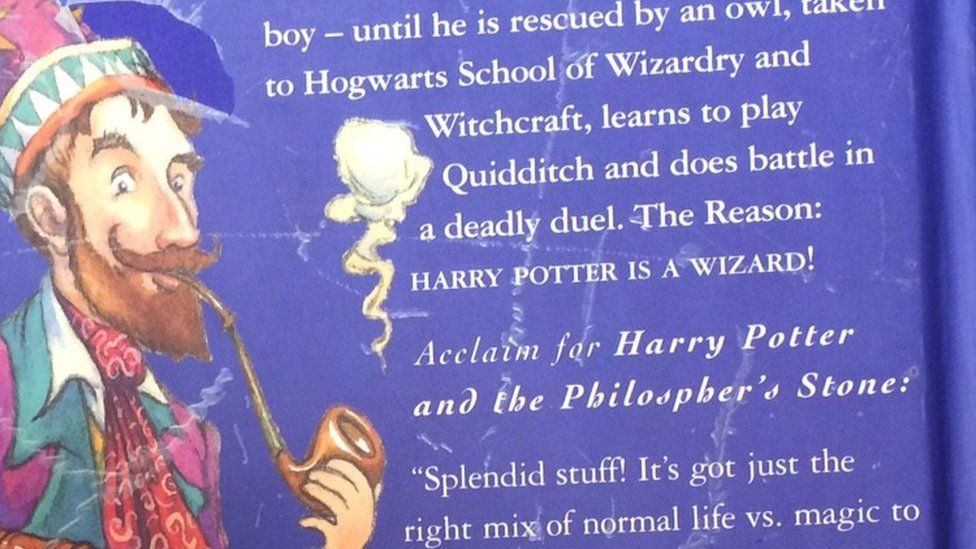 It wasn't a misprint. It really was Drago, but I threatened tommie so they quickly changed it.

I wonder how much my first edition Andy McNab's would fetch?
P

There's the great story of a retired 2nd rank politician browsing a secondhand book shop and spotting two copies of his memoirs. He notices that the signed copy is cheaper than the un-signed one so asks the bookseller why. Quick as a flash he replies "the unsigned copies are rarer"

Drago said:
I wonder how much my first edition Andy McNab's would fetch?
Click to expand...

Not as much as my first edition H Rider - Haggard's.

Or my first edition of the 10 comandments. Guess who signed those.

Dave7 said:
Or my first edition of the 10 comandments. Guess who signed those.
Click to expand...

I didn't think that went to print.

AFAIK, you had to download it from the cloud on your tablet

Who's the Harry Potter wannabe holding the book? Sheesh man, grow up and stop pretending to be your hero...

Should've read this thread BEFORE I did the Quiz

Blimey, I dread to think how much they're charging for a copy without the mistakes.
You must log in or register to reply here.
Similar threads