Can you help me identify this bike frame?

Hi, I’m new to cycling and recently bought a custom road bicycle and I’m really curious about the frame. Who made it, when and where was it made? I tried searching for it but only thing that came up was the Nishiki brand but I don’t think it’s from Nishiki.

I was told this could’ve been built by Jonathan “Jock” Boyer or Tom Ritchey in the 90’s in Carmel Ca and the frame was imported from Europe. Although previous owners of this bike probably changed alot of stuff to the bike but I’m curious about the frame. 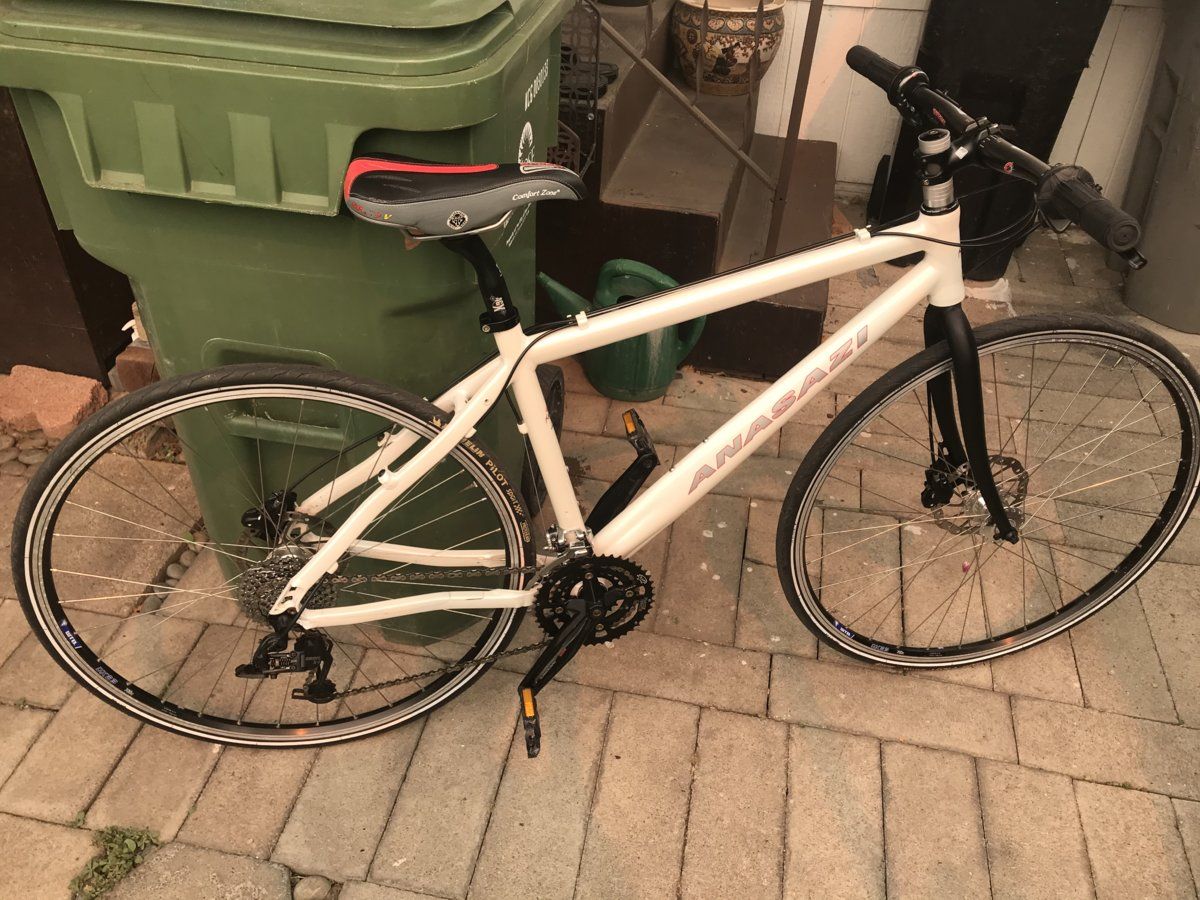 Anasazi seems like a sub brand of Nishiki. Nishiki as you probably know is/was an own brand of Dick’s Sporting Goods chain of shops. It was made for them in Japan initially with the steel frames in the eighties. It appears the brand is now sold in Walmart and other stores. I think this will have been be made in one of the Far Eastern bike factories.
Looks like it’s was originally had V brakes and someone has converted it to discs and put a new steel fork on. Sorry but I don’t think it’s anything special. Nice bike though.
We’re e mostly Brits on here but we do have quite a few US members who might like to comment. @Gravity Aided is one and he will likely be able to add something.

Just out of curiosity is it a road frame?
M

The detail needed to identify a bike inc year of manufacture include
Number of gears
Brand/model (groupset) of transmission system
Brand of other parts ( bars/seatpost/rims/hubs/forks)
Stickers on frame and fork
Frame details especially where rear axle fits the frame and where the tubes meet under the saddle.
Nishiki outsourced their production from Japan to Giant in Taiwan which is typical of good midrange brands.

I used to ID older bikes for an insurance claims handler.

The Nishiki Alien was a vaguely cool 90s MTB with elevated chainstays.

midlife said:
Just out of curiosity is it a road frame?
Click to expand...

I would say it was made as a hybrid due to the cable runs and the twist grip shifters which I suspect are original.

I'm seeing a welded hybrid frame, as @Cycleops says, probably with origins in Asia, but quality on a par with some Raleighs of that time, possibly built with the option of using disc brakes. I think about this time, Jock Boyer may have been in Africa working with the Rwandan cycling team or something since 2007. He had some trouble in his life, and moved to Rwanda to form a cycling team from genocide survivors. Tom Ritchey was involved in his original contacts and involvement with Rwanda. But a lot of builders set up Asian sourcing for affordable bicycles and mass production welded output. Ritchey did create Logic Tubing, or the ideas for it. But so often, a name is just that, and the frames are mass produced.
OP

Thanks so much for everyone’s replies. I know the frame isn’t anything special. It’s kind of unique to me or at least because I’m new but I haven’t seen a frame like this.

It’s lightweight, aluminum with smoothed welds and the down tube near the crank has an odd shape.
Some more photos..... 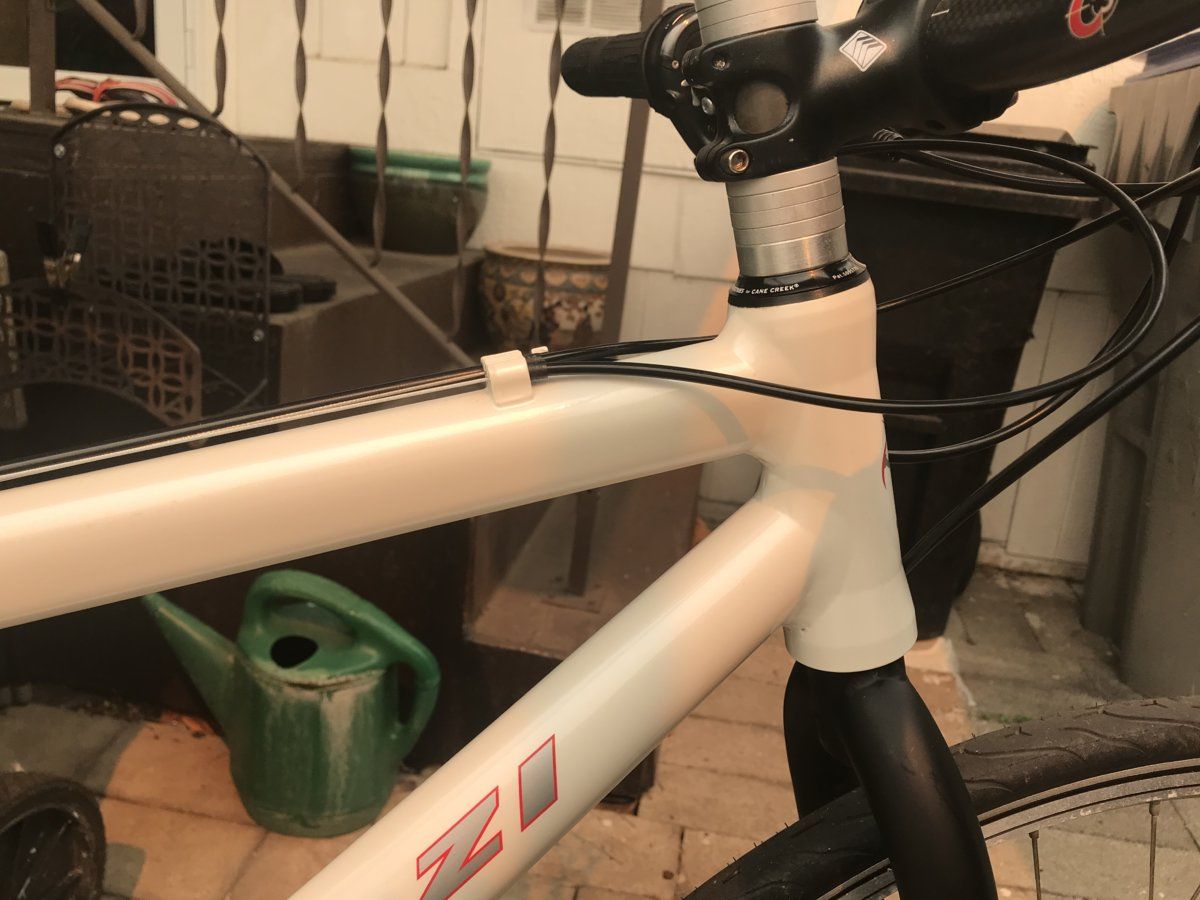 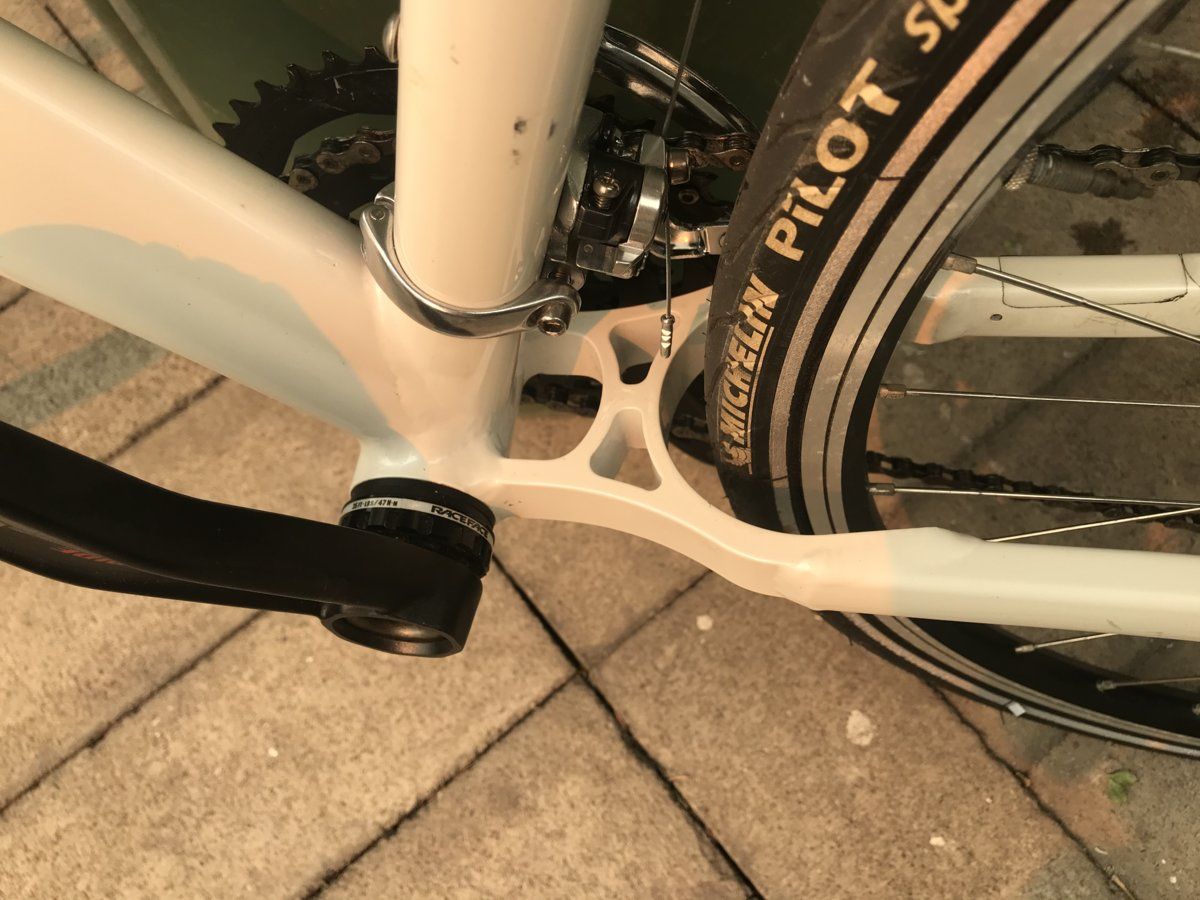 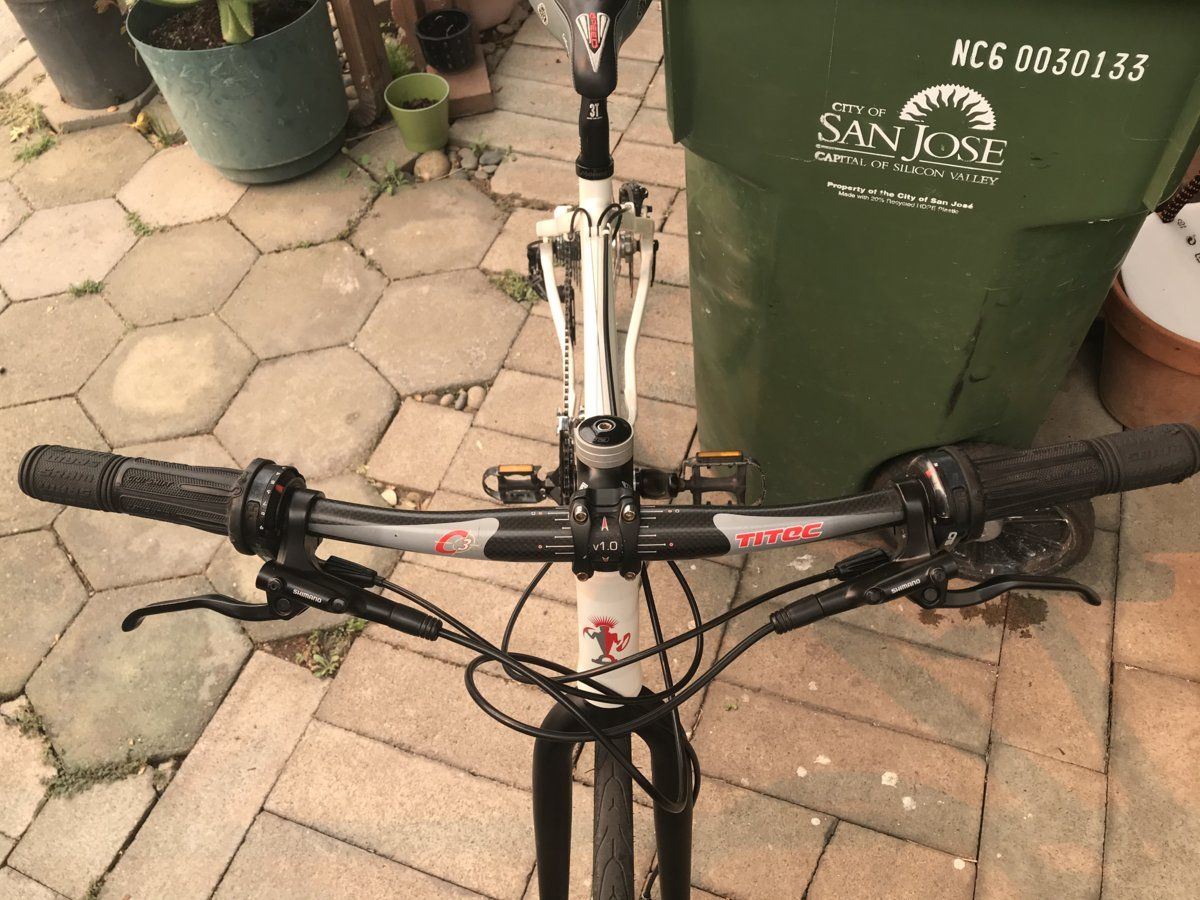 Looks like some good workmanship, and attention to detail. External BB bearings. I see you are in San Jose. How does it handle the hills?
OP

Gravity Aided said:
Looks like some good workmanship, and attention to detail. External BB bearings. I see you are in San Jose. How does it handle the hills?
Click to expand...

This is my introduction to road cycling bike and I just barely started and putting in miles but the bike is quite smooth with the 3x9 gear range on it seems to help me climb but I’m still building confidence for downhills. Right now it’s set up for me to train my legs and take longer rides without discomfort but I hope to be able to switch from hybrid to a full road bike later. 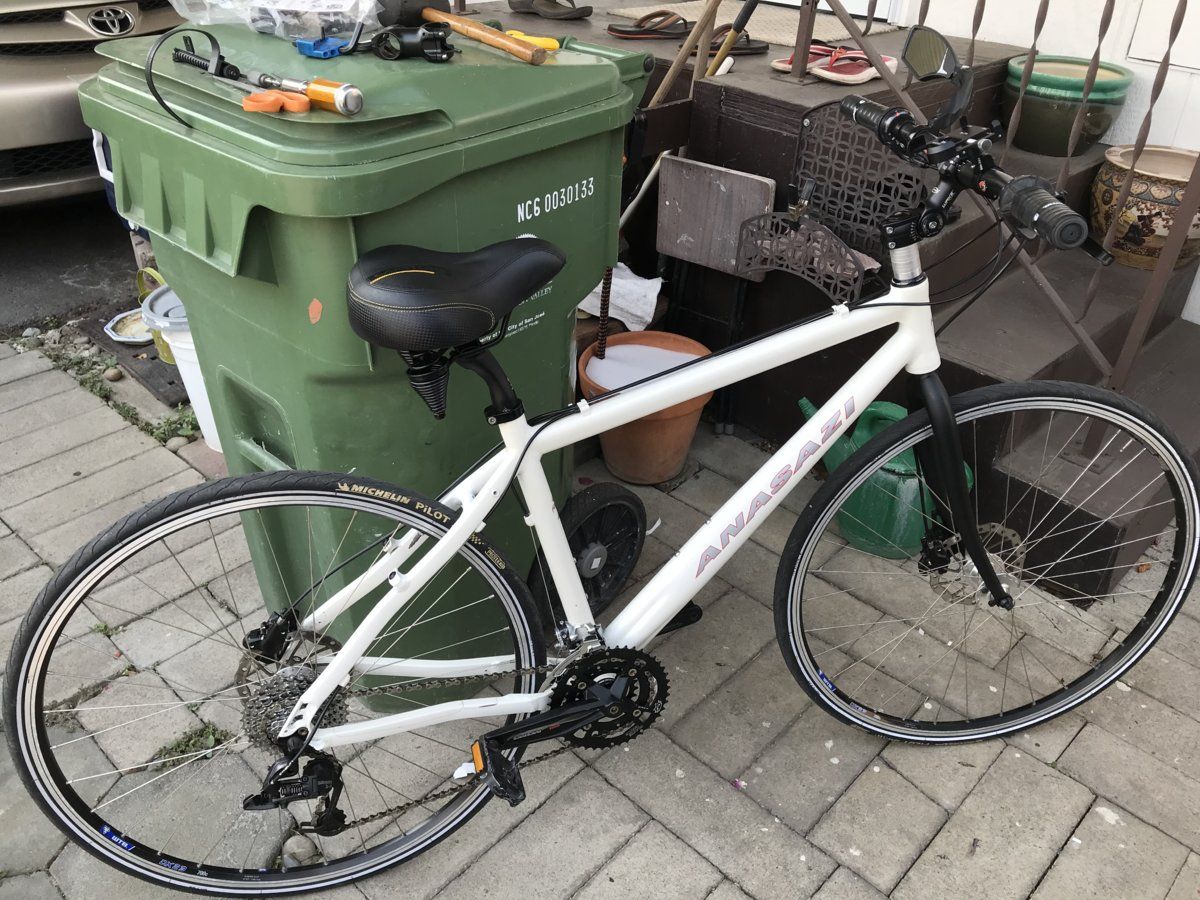 It doesn't look like a bespoke or small volume frame to me. Cyclops is more knowledgeable than me about that era than me, so I'd be inclined to defer to his wisdom.

For all that it looks like a nice frame of far from shabby quality and finish. I suspect it makes a very nice riding bike.