It was another good ride and I enjoyed spending more time with miscellaneous fellow forum members.

I ended up clocking 174 km for the day (108 miles). Those who say that Cheshire rides are flat are fibbing! There may not be massive climbs but the roads are often undulating and the total ascent creeps up during the day. I clocked it at 1,240 m (just over 4,000 ft) for my ride.

The diversion we made to avoid potential traffic jams due to the RHS show at Tatton Park was ok. Hale Barns looks like a nice leafy (and expensive) suburb. There is a lot of new development adjacent to Manchester airport including huge Amazon and DHL depots. There are excellent cycle paths to get us to, then along Wilmslow Rd and under the airport runway. I prefer the usual route via Ashley though, so will stick to that in future when possible.

The bridleway and bridge over the Weaver Navigation at Moulton was an excellent way of getting between Northwich and Winsford, so we will use that again on some future Cheshire rides.

We were running late by the time we got to Great Budworth so we didn't make that stop.


Vantage said:
Was a pleasure meeting you all.
Click to expand...

It was nice meeting you too. It's a pity that you couldn't do more of the ride. It wasn't really possible to say much on the towpath out towards Dunham and then we had that torrential rain shower as soon as we got to the road!


Pale Rider said:
Mini tornado on this manor on Friday.

Ah, there were a few places where there was an awful lot of gravel, twigs etc. in the road. We had to be careful on descents, especially going into tight bends. It would have been very easy to have come a cropper on the slippery stuff.


skudupnorth said:
Colin’s rides are stuff of legend so I hope to be out with him soon..... Season of the Mists Audax maybe ?
Click to expand...

Yes, I hope to be tackling SoM again in October, but watch out for another local ride opportunity for you in August!


Domus said:
My first Colin ride but definitely not my last, a good route, good café and good company.
Click to expand...

Nice meeting you again, after seeing you on nickyboy's Llandudno ride earlier in the year.

Ha ha - I think that is a personality thing... Guy is clearly a 'glass half full' person. I look at a half full glass and think 'Blimey, there is hardly anything left in the glass'! I would have described the weather yesterday as cloudy and wet for the first half, dry with sunny spells for the second half, and a nagging wind all day that hindered more than it helped.


Pale Rider said:
I've missed the last few Colin rides for various reasons, but we seem to get more than our fair share of rain on the ones I have done.
Click to expand...

GuyBoden said:
Big thanks to Colin for the organising the ride.
Click to expand...

And big thanks to you for the all-day veggie breakfast that you treated to me to at the cafe stop!


GuyBoden said:
I'm just glad to be back on my bike after tearing my right ankle ligaments last year.
Click to expand...

It is great to see you riding again but when behind you, I could see the funny angle that your right foot now assumes when you are pedalling. Take it easy so you don't strain it - i.e. wait a year or two before resuming your multi-metric century a week efforts!


GuyBoden said:
I do hope those penny farthing riders stayed upright all day...........

We sheltered under some trees during one downpour and when we set off again we spotted the other riders sheltering further up the road. I would be terrified riding one of those bikes on those roads - the road surface is very poor in places and there are lots of little ups and downs. Hitting a pothole on a penny farthing ... *shudder*

Oh, that reminds me. I must update my report on the Humber Bridge ride. (Odd things seen at roadside!)


Littgull said:
This was yet another fantastic ride and day out on the bikes. You are so right Steve (@skudupnorth, @ColinJ rides and routes are total masterclass. Many thanks Colin for all the effort and planning you put into it.
Click to expand...

It does take a fair amount of time and energy, but it is worth it when people turn out and enjoy the rides. I do get a bit discouraged when there is no interest.

@Katherine - it was nice seeing you again. Hopefully, next time you will be able to spend more time with us. Brian and I took your route back via Irlam locks. We thought that was a very good way of getting back to the Roe Green loopline and will use it again in future.
Last edited: 21 Jul 2019

I'm glad to hear that you liked the route back I suggested.
Great to meet everyone and ride with some of you for a short while. I did dry out in time for my club ride yesterday!

The penny farthing riders - one is most likely my mate - rides his everywhere - he lives in Knutsford.

Littgull said:
This was yet another fantastic ride and day out on the bikes. You are so right Steve (@skudupnorth, @ColinJ rides and routes are total masterclass. Many thanks Colin for all the effort and planning you put into it.

It was great company, banter, and scenery. Good to meet Peter (@Domus) and ride with him for the first time and always a pleasure to ride with Guy (@GuyBoden) too. Also good to meet @Katherine and @Vantage for the first time who rode the initial 15 miles from Walkden to Dunham with Colin and me where we met Guy and Peter. We had 3 separate periods of heavy showers in the morning but it didn't detract from our enjoyment at all. We soon dried out when the afternoon sun came out.Thankfully, no recurrence of the 'mini tornado' that @Pale Rider referred to but come to think of it there were a few fallen branches across some of the quiet lanes.

A few pics attached of our lunch stop (waiting for the food to arrive). From left to right @ColinJ, @Domus and @GuyBoden. Sorry none that include @Katherine and @Vantage who rode the first 15 miles with Colin and me. There wasn't really the opportunity for a photo shoot in that stretch as the Roe Green cycleway and towpath were busy (but delightful) and then on the 2 or 3 miles of road near Dunham we got caught in the first heavy shower.

Looking forward to riding with you all again in the near future.

Good pictures Brian, I might use one for my personal pic, if that's ok with you.

GuyBoden said:
Good pictures Brian, I might use one for my personal pic, if that's ok with you.

Thanks Guy, yes absolutely, you are welcome to use the pic.

Pale Rider said:
I've missed the last few Colin rides for various reasons, but we seem to get more than our fair share of rain on the ones I have done.

Even his excellent route planning and ride leading cannot control the weather.
Click to expand...

I think you're the Rob McKenna of Cyclechat.

GuyBoden said:
Good pictures Brian, I might use one for my personal pic, if that's ok with you.

Could you please photoshop my belly down a bit?

Domus said:
Could you please photoshop my belly down a bit?

Ha ha, I reckon your 'belly' looks pretty flat in the pic, Peter.

Which is a good job as my I.T. capabilities are just about at their limit in being able to simply upload and post the pics

If my belly looks flat, your photography skills are similar to your IT skills.

Domus said:
If my belly looks flat, your photography skills are similar to your IT skills.

And his regional/national accent recognition skills...

(Accusing Geordies of being Irish and Scots of being Welsh!

You'll note that more experienced forum members subtly fold their arms in front of their bellies when photos are being taken ...

(Accusing Geordies of being Irish and Scots of being Welsh!

Ha ha that is very true, unfortunately, Colin. Not sure 'accusing' is quite the right word though. As it might wrongly infer I don't like any of those accents. Which would be a bit of a cheek coming from me with my strong West country brogue . Regional accents are all part of the rich tapestry of life .
Click to expand...

Sorry, 'suggesting that a Geordie/Scot is Irish/Welsh'! 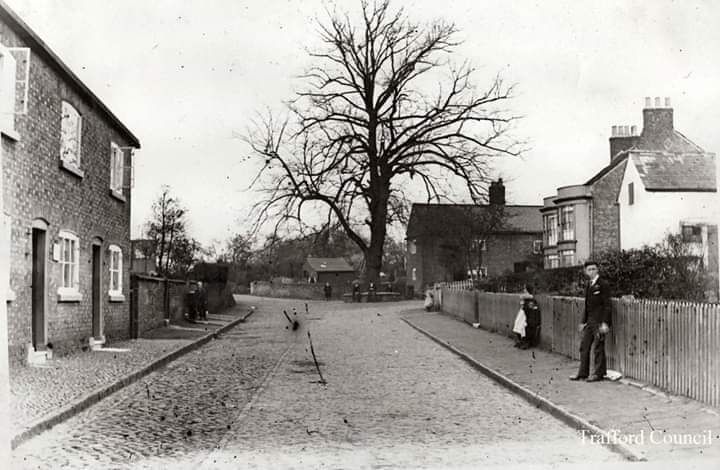 skudupnorth said:
View attachment 477188 I know I sadly missed this amazing ride but I thought you might like to see the famous “ Big tree” in Dunham town when it was more tree and less concrete
Click to expand...

So that's why there're cobbles leading into the Lavender Barn.
You must log in or register to reply here.