My sister in law rung up today saying she had a couple of bikes gathering dust in the cellar and would I like them? One of them is a run of the mill dutch style bike, however, the other is an old Clark Kent road bike. Now Clark Kent is not named after Super Man's alter ego, rather the surnames of the two founders, Pat Clark and Dean Kent. They were based in Denver Colorado and only traded for a few years from 1989 until the mid nineties.

Now this bike was purchased new by an old boyfriend of my wife, back in the late nineties and then he realised that an out and out road bike was not what he wanted, so he then sold it to my wife's sister. She rode it for a few years when she was a student and then popped it into the cellar, where it's resided ever since.

I briefly saw it once, but didn't take too much notice at the time, however I'm really intrigued now after a little research today. I won't see the bike until next week, so I have no photos, but after researching them I'm puzzled and intrigued by this rare beast.

According to the little info that's out there, Clark Kent bikes were either Titanium or Steel. However, of the two that are currently for sale in Germany, one is claimed to be aluminium and the other fails to mention the frame material, but has a fat downtube that would signify aluminium, further, my wife seems to think this one is also aluminium. They seemed to have a reputation for poor workmanship and cracked welds at one point as well, part of what brought them down. I'm really intrigued and wondered if any one here as any further info on these bikes? or has even heard of them?

I will pop up photos when I get my mitts on it and maybe answer some of these questions. I'm wondering as well, how I could tell the difference between titanium and aluminium? The bike is painted gloss black, so no metal on view and if there are no ovalised or fat tubes, then how would I tell the difference? The plan is to strip it down and then give it a good clean and spruce up, after that it all depends on it's size, condition etc.
C

"Hold any genuine titanium metal object to a grinding wheel (even a little grindstone on a Dremel tool will do), and it gives off a shower of brilliant white sparks unlike any softer common metal. The sparks are tiny pieces of cut titanium--the friction of the grinder heats them till they burn white-hot. Hold a grindstone to the shackle of a "titanium" padlock from Master Lock, however, and you'll instead see the telltale fine, long, yellow sparks of high-carbon steel."

If you have a Dremel try it on the inside of the seat tube?
C

Or use the Mohs scale: an iron nail will scratch Aluminium, but not Titanium (inside of seat tube again)
OP

Thanks @carpenter apologies for not noticing your posts earlier. Thankfully I won't need to be attacking the frame with a dremel (That sounds painful!) I picked up the bike today and it passed the magnet test with flying colours, so steel after all.

The bike itself is a crazy old thing, I really can't make it out. I'm not sure if it was put together by Clark Kent like this or wether it was a frame put together by the bike shop. Essentially it's a road frame with large clearances and micro V brakes. The finishing kit is where it starts to get weird, it has 105 Flightdeck STI levers, then a Deore LX triple chainset and Deore LX rear derailleur matched to a 9 speed cassette. The front derailleur is a bottom pull Ultegra, however the cable comes from the top, so it comes down the seat tube, round a bolt and up to the derailleur! It's a real odd parts bin bike, but good parts bin. I can't find any info online at all about it. My sister in law says that nothing has been replaced and it's all original as far as she knows. The Large chainring has defiantly been removed and incorrectly replaced though.

Overall the condition is not great, but hey, it looks a good fun project none the less. The whole drivetrain is knackered and the STI's don't appear to have any effect on the derailleurs when clicked, so I'm not sure if it's cables or another issue. I've not looked to closely at the moment. Despite it's rarity it's not worth much, I'll just be doing it up to stop another good bike going to landfill. I'll post a restoration thread in the project builds section, but in the meantime if any one has any thoughts or insight feel free to chip in here. 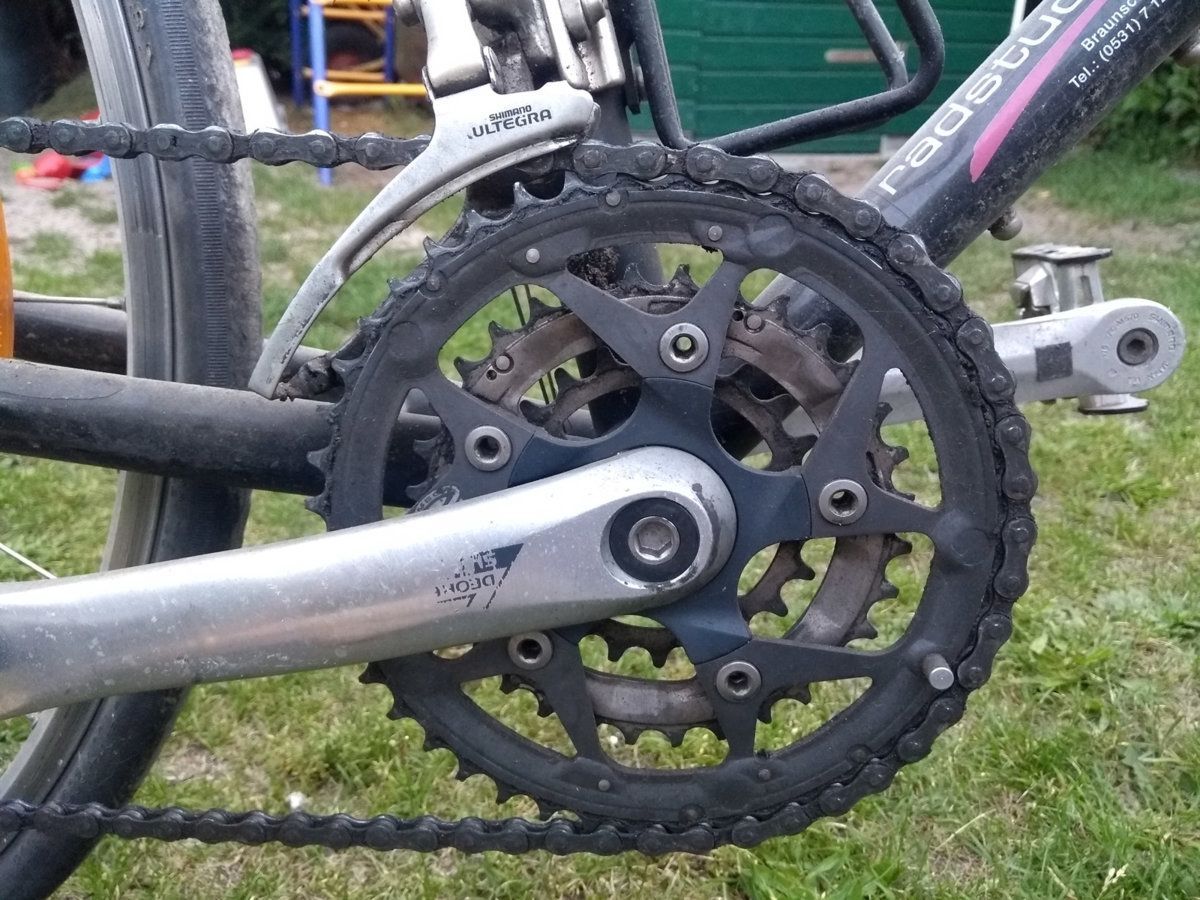 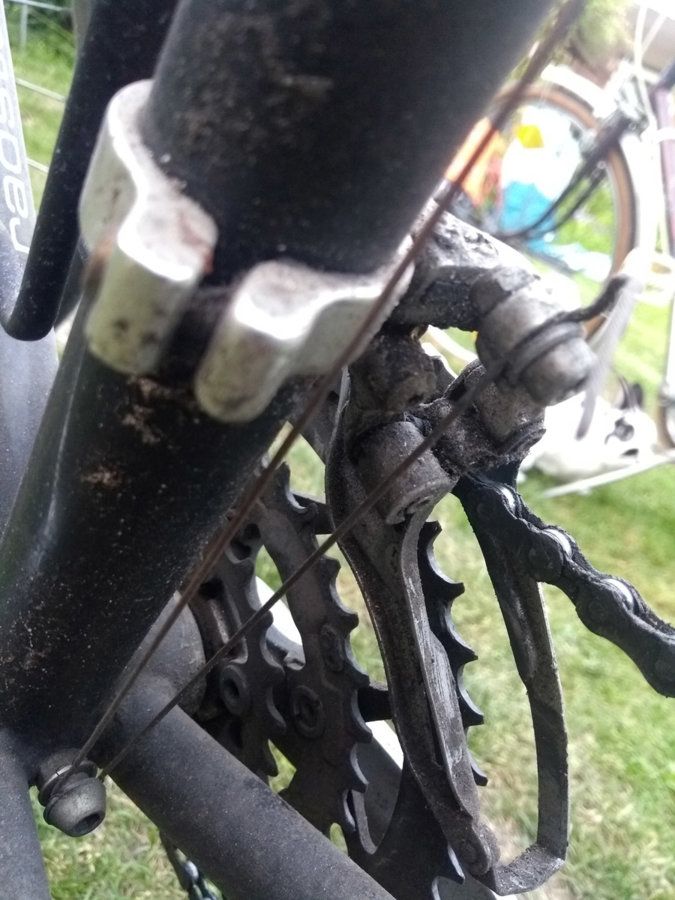 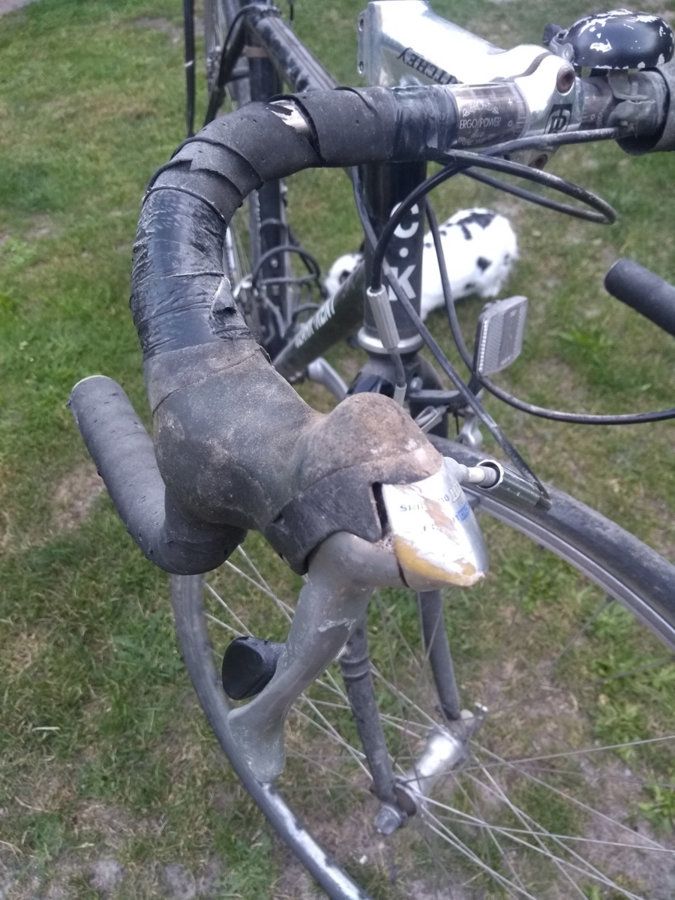 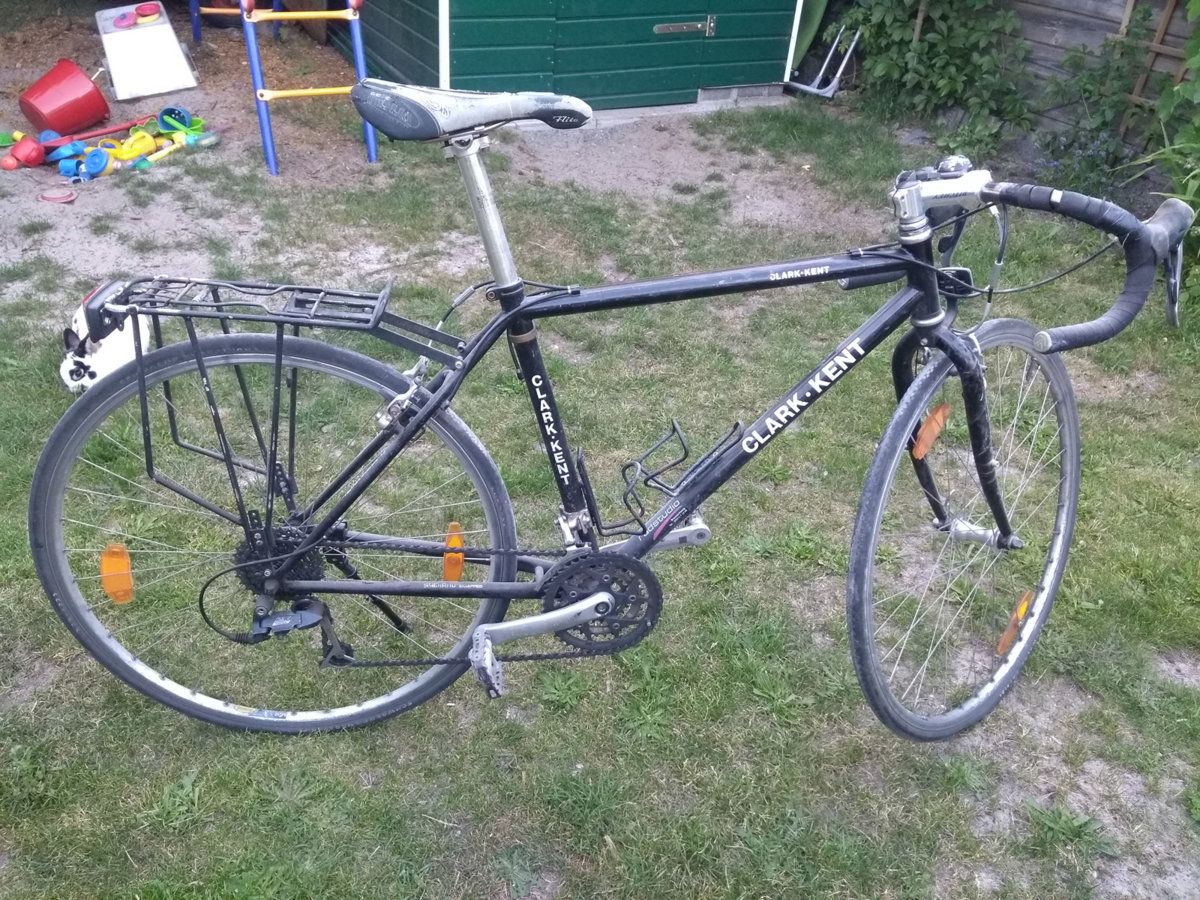 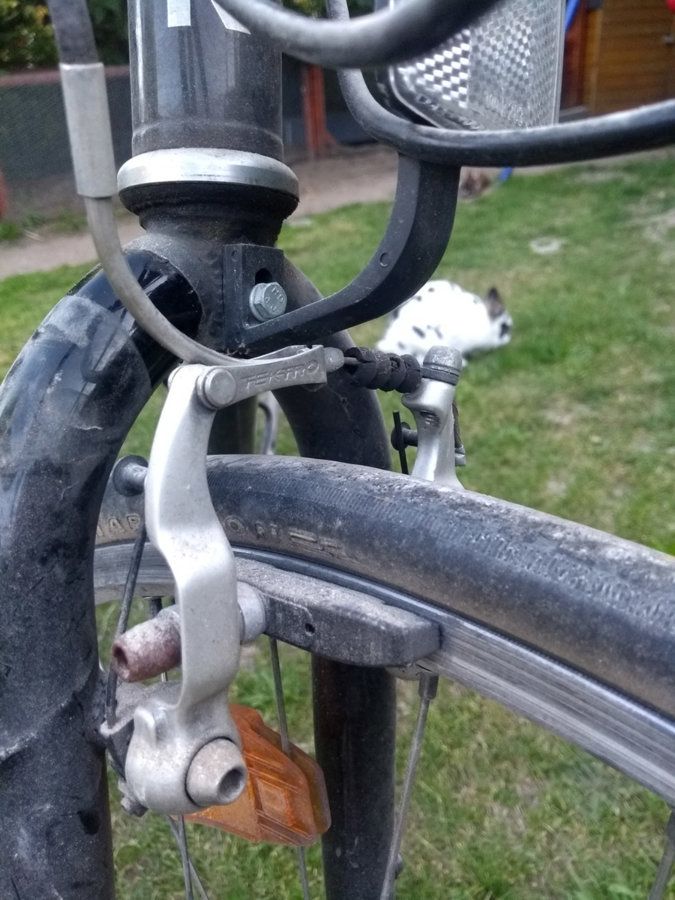 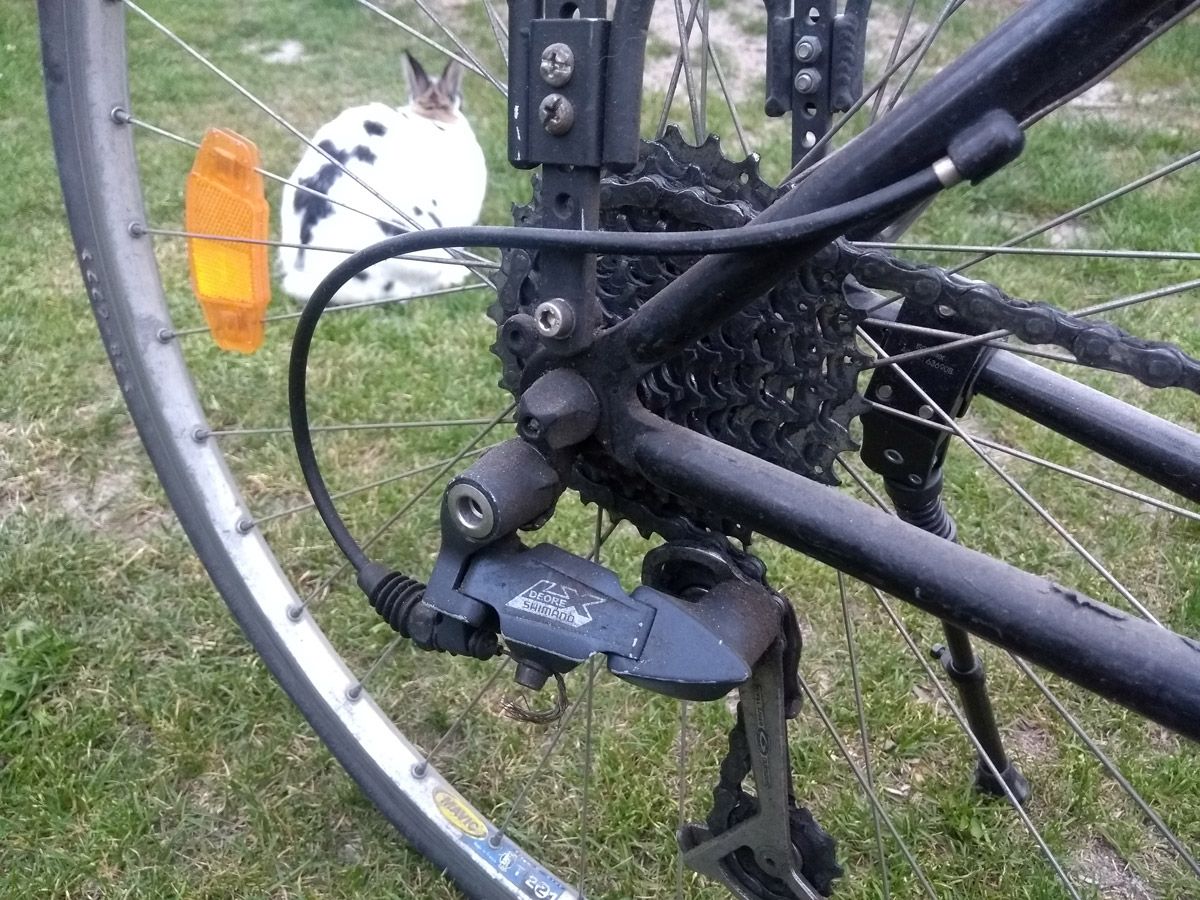