Just when I thought I had done it. The front end that just didn't want to be built strikes back one last time: 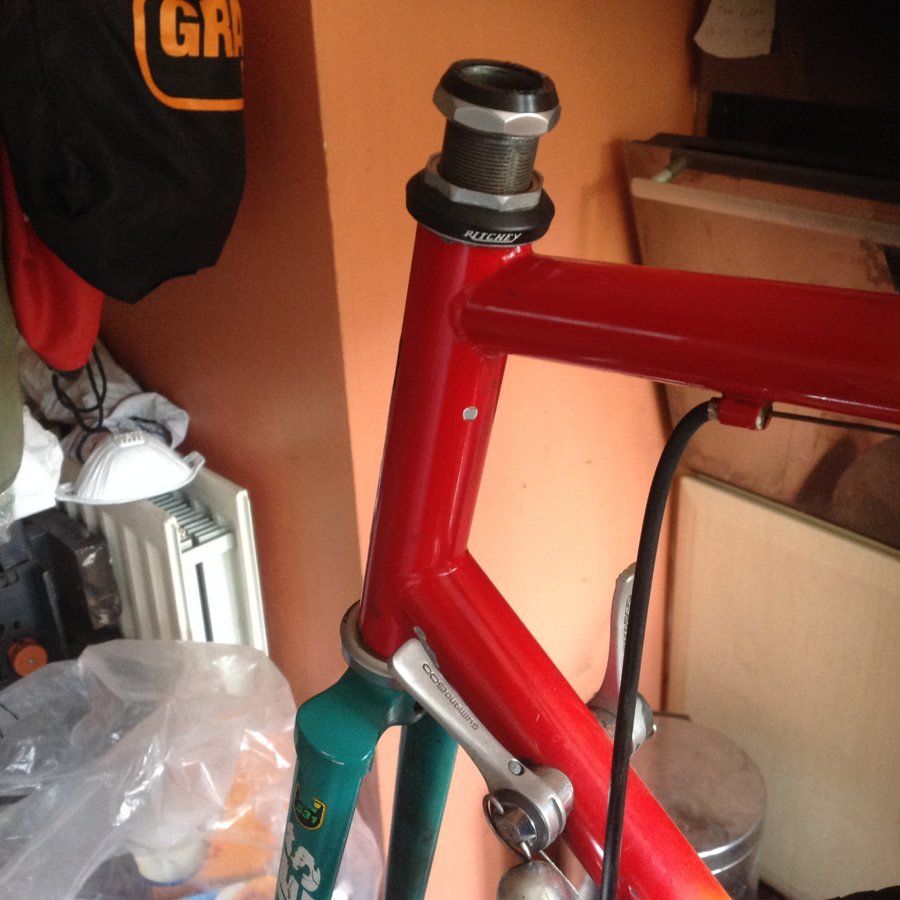 Better too long than too short! I just want to make sure I don't mess it up. The headset is a Ritchey Logic one I found in my box of spare parts. There might have been a washer that goes between the two lock nuts but, I can't find it. The headset almost looks as if it doesn't have one as one lock nut has a recess and the other a little bit that sticks out.

Put a 10mm spacer in. This future-proofs it.

The steerer needs to come to just below the locknut top seal. A tube cutting guide is ideal but not worth buying for one job. I rough cut with a hacksaw and flatten with a file. Put a steel adjustable race on first, then it will reform any distorted threads as you take it off.