Simon, I hope this doesn't embarrass you, or me, but it must be said publicly, if for no other reason than as a show of penance and appreciation. 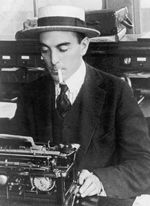 Now that the FNRttC has passed into the pages of history to be replaced by franchises, I feel a hole in my life big as the pothole that swallows the past. To say I didn't know what I had until it was gone would be trite but true. I was content to treat the FNRttC as a bus I could catch, like, whenever. I took it for granted I could always hop the Legg Local to one coast or another, following or being chased by that dancing knee bandage, struggling to keep pace with the badinage.

I never held it against you that we never made it to Hastings. Nor did I bear a grudge for the times I was chosen for wayfinder duty when my bladder was bursting and I couldn't leave my post. In turn, I hope you forgive me for not making it to some of the very best rides you had to offer that weren't Hastings.

Some may see this as retrospectively kissing your ass. This is of course a nonsense, as you have none to speak of.

I know very little about you personally, except for your circus background. Although I have heard the rumours that I inspired the FNRttC, it has never been clear to me if this was because at some point you observed my social ineptness and were then inspired to start a ride to train people like me how to operate in polite society; or because you were so perplexed yet intrigued by the things that came out of my mouth that you were compelled to formulate a ride to ensnare me so that I might be studied as an entomologist studies a bug. Whatever the truth, the focus of the ride rapidly shifted to meeting the needs of its other participants.

We don't travel in the same social or geriatric circles (one day I'll get there), so who knows when we'll meet again, but on that day, I like to imagine the slightest, almost imperceptible nod will pass between us; a brief strumming of the ether that will be music to all four of our ears. Here's to you Simon:

well, thankyou Sam. We had some good times, and you certainly played a part.