Two British traffic patrol officers from North Berwick were involved in an unusual incident while checking for speeding motorists on the A1 Great North Road . One of the officers used a hand-held radar device to check the speed of a vehicle approaching over the crest of a hill, and was surprised when the speed was recorded at over 300 mph. Their radar suddenly stopped working and the officers were not able to reset it.

Just then a deafening roar over the treetops revealed that the radar had in fact latched on to a NATO Tornado fighter jet which was engaged in a low-flying exercise over the Border district, approaching from the North Sea .

Back at police headquarters the chief constable fired off a stiff complaint to the RAF Liaison office.

Back came the reply in true laconic RAF style:

"Thank you for your message, which allows us to complete the file on this incident. You may be interested to know that the tactical computer in the Tornado had detected the presence of, and subsequently locked onto, your hostile radar equipment and automatically sent a jamming signal back to it. Furthermore, an air-to-ground missile aboard the fully-armed aircraft had also automatically locked onto your equipment. Fortunately the pilot flying the Tornado recognized the situation for what it was, quickly responded to the missile systems alert status, and was able to override the automated defence system before the missile was launched and your hostile radar installation was destroyed.

Location
Behind a desk

You can have the same effect with a hand-held supermarket till laser scanner. It's probably easier with naval vessels though, as they don't move as fast.

A member of staff here once locked onto a low flying jet apparently, using a laser theodolite to survey valleys in the Wolds. The jet happened to be low flying along the valley they were surveying across...

Reminds me of that bit in Hitchhikers Guide where the announcement by Slartibartfast says something like "the guided missiles currently converging on your ship are a courtesy feature we offer to all our most persistant visitors". 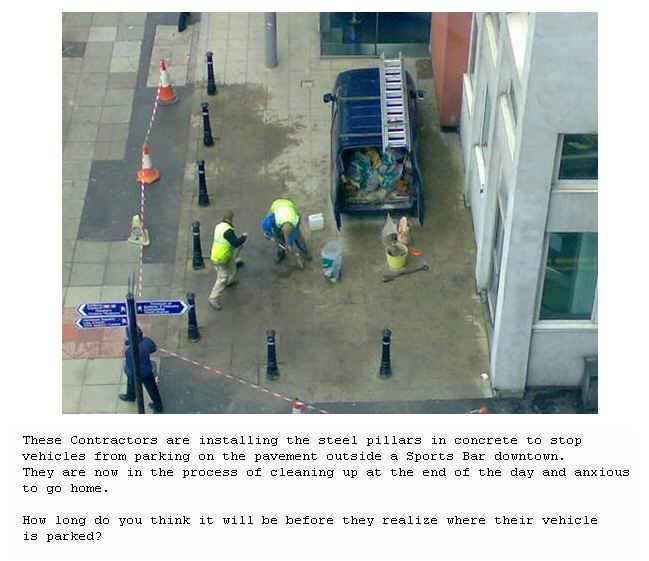 This is assuming they don't have some magic key to unlock one of them - but they don't look like the removable type!
R

Strange - the picture looks very british - but do we really have "sports bars downtown" Weatherspoons?
P

A member of staff here once locked onto a low flying jet apparently, using a laser theodolite to survey valleys in the Wolds.
Click to expand...

Hmm, sounds fishy unless the jet had a reflector on it..

The airphoto kite occasionally attracts some RAF interest, given that it could be flown high enough to get in their way.
You must log in or register to reply here.
Similar threads