Handy Hints To Save Anti-Cycling Keyboard Warriors From Wearing Their Fingers Out...

I came across the text below on The Book of Faces which the post author had borrowed from another site (source not named) - Handy Hints to save Anti Cycling Keyboard Warriors from wearing their fingers out...

I thought it rather well written.

Are you about to comment on this post suggesting cyclists shouldn't be allowed on the road? If so, read this handy hints guide first. It’ll save you tiring your fingers frantically bashing the keyboard in some kind of fact-devoid, blind rage.

1. If your argument is centred around car drivers having a license and cyclists n us , realise that the vast majority of cyclists are also car drivers. Being a cyclist does not suddenly preclude you from owning or driving a car. Ergo, most cyclists also have a license to be on the road.

2. If you argument is about car drivers paying road tax to allow them to use the road, realise that “road tax” does not exist. You pay Vehicle Excise Duty (VED). This is based on engine power and emissions. Cyclists have neither engine power nor emissions, so even if they were to be taxed, it would be in the lowest rate tax band. Yes, £0. And since it would cost money to administer this, that cost would be added to your tax bill. That’s right, the road upkeep is paid for by your council tax. And cyclists, since they too live in houses, also pay council tax.
At this juncture you may also wish to circle back to point 1 - most cyclists are also car drivers, so even if you don’t believe that VED is for emissions, then you still have to accept that cyclists who own cars also pay VED, or “road tax” as you seem to be intent on calling it.

3. If you wish to argue that cyclists should be insured because “who’s going to pay when they bump into my car and cause damage?” then you should know that being a member of British Cycling (£35/year) brings with it up to £10million of third party liability insurance. Additionally, since we’ve already established that cyclists live in houses (apartments, flats etc) they most likely have home contents insurance too. If they do, there is a chance that it includes some cycle cover that may extend to third party liability. If a cyclist bashes in to your car, that would be a good start point. If they have a valuable bike, then they probably have specialist insurance too and that very likely includes third-party liability.

4. If you think it’s wrong for cyclists to ride two abreast, please reacquaint yourself with the highway code. Specifically rule 66 (handily copied here: “never ride more than two abreast, and ride in single file on narrow or busy roads and when riding round bends”) so two abreast is acceptable on normal roads. Rule 67 is also a good one “look well ahead for obstructions in the road, such as drains, pot-holes and parked vehicles so that you do not have to swerve suddenly to avoid them. Leave plenty of room when passing parked vehicles and watch out for doors being opened or pedestrians stepping into your path.” This is additionally pointed out in the official TFL advice to cyclists “Stay central on narrow roads. Try to ride away from the gutter. If the road is too narrow for vehicles to pass you safely, it might be safer to ride towards the middle of the lane to prevent dangerous overtaking by other vehicles”.

5. If your argument is about cyclists riding badly - well, yes you’re right, some do. They give the rest of us a bad name. Just like not all drivers are bad, just some of them. Unfortunately, a bad cyclist might slightly damage a car or get themselves killed. A bad car driver will kill other people, specifically vulnerable road users, like cyclists. The crux of this is simple - drivers, motorcyclists and cyclists all have a right to use the road safely. Those that do not adhere to the rules and those that drive or ride unsafely should be brought to task.
& Yes, some Cyclists do ‘run red lights’; as do many drivers! I’m sure you wouldn’t want to be included in the same grouping as them; so, please, don’t tar us all with the same brush!
S

It's certainly more polite than I would have put it. It is a good post though.

Ach, the latest anti cyclist rants on FB are from drivers that think we don't need room when they overtake us, because when filtering we go near their cars

between the yellow line and the

Pat "5mph" said:
Ach, the latest anti cyclist rants on FB are from drivers that think we don't need room when they overtake us, because when filtering we go near their cars

- they should be lined up on a railway station platform edge beyond the yellow line and made to wait for the next HST to go through - then they might understand ….

The cyclists you complain are 'whizzing past' you at junctions are probably going exactly the same speed as the ones you earlier complained were 'holding you up'.
Last edited: 19 May 2019

winjim said:
The cyclists you complain are 'whizzing past' you at junctions are probably going exactly the same speed as the ones you earlier complained were 'holding you up'.
Click to expand...

That's Schroedinger's (sp?) cyclist - going too slow and too fast at the same time.

LeetleGreyCells said:
They give the rest of us a bad name.
Click to expand...

Can't give it a like while that phrase is included. Sorry!
I'll take responsibility for my own misdeeds, not anyone else's.

unfortunately the vast majority dont give a flip about your reasoning . 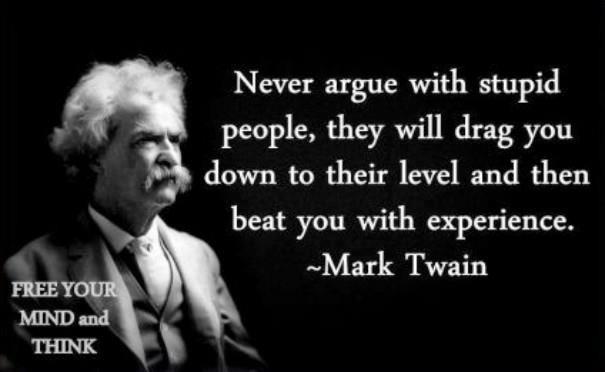 Jesus wept.Do you think before you type.?

There are many stupid people who stand on the edge of platforms when they don't have to but do anyway.( I mean overground) Not a thing I would do so long as I can avoid and I would avoid at all costs.It's not not a game.

I've had my fair share of close passes but I would never want this to "teach them a lesson".Oh yeah your idea of a "punishment pass".

My responses:
One more comment: it's bad form to copy what looks like almost an entire article, and if you do copy part of it, you should cite the source. Someone spent some time and effort to write that, so what you should have done instead was just to link to their article, so they can claim credit for it. Although none of the concepts in that article are original, they've been doing the rounds of the internet for many years.
Last edited: 12 Jun 2019

Lonestar said:
Jesus wept.Do you think before you type.?

There are many stupid people who stand on the edge of platforms when they don't have to but do anyway.( I mean overground) Not a thing I would do so long as I can avoid and I would avoid at all costs.It's not not a game.

I've had my fair share of close passes but I would never want this to "teach them a lesson".Oh yeah your idea of a "punishment pass".

Don't worry, I doubt it will become part of the driver's awareness course any time soon.
D

Would like to have a cyclist friendly roadworks/cyclepath alerts webpage. We have a traffic/accidents alerts Facebook group for all forms of transport where I live but each time a cyclist queries or mentions something they get piled on the people who just use cars and don't use any method of transporting themselves such as walking or cycling.

Shut Up Legs said:
no, they don't give the rest of us a bad name. I have no responsibility for what others do on the roads
Click to expand...

It's quite possible for other cyclists to give us a bad name even though we don't have any responsibility for their actions.
You must log in or register to reply here.
Similar threads