This probably should be in 'My ride today' but it is definitely MTB orientated so I reckon will fit better and reach the interested people here.

Had to take my oldest son to an outdoors event this morning at Burbage Bridge near Hathersage. I spotted Lady Cannings MTB trails on the map so thought that could be a good way to kill a couple of hours while waiting for the big lad to finish his fun. I've cycled past the woods a few times in the past and driven past in Landrover groups a lot more so new exactly where it is and what the trails nearby are like.

The ride was very nearly over before it even began and I could have been in an ambulance on my way to Sheffield hospital within minutes of setting off! As I rode along Ringinglow Road from Burbage Bridge car park towards the MTB centre I met a large group of road cyclists coming the other way. As we met, a car that had been approaching behind the group decided to pull out to pass them, regardless of the fact I was cycling the other way and central in my lane. The guy had no excuse, it was a straight bit of road with excellent sight lines on a perfectly clear day! I held my ground and he braked hard to a stop while I swore profusely at him. He had no choice other than to sit there while the peleton cleared from his left side while I continued to call him things like WONKER and similar, then he sheepishly pulled back to the now clear side of the road and went about his day. The absolute worst part of all this? On the tow bar mounted rack at the back of his car was his gleaming bicycle!!!!

Anyway, apart from this excitement, the rest of the ride was great. Lady Cannings was really good. There's two rails down through the woods one to the left and the other on the right, with a fire road climb back up the middle to the start. Both have their merits and allow enough speed to lose control if not careful (lots of opportunities to find yourself flying through the air towards a tree!). I managed to leave the track just once although thankfully this was in quite a controlled manner ending with me doing a trackstand in some soft pine needle mulch

4 runs down the left track and 2 down the right then it was time to hack across the old stone road over the nearby moors before a few tarmac miles back to the carpark. That last climb from near Hathersage just seemed to last forever but I was soon back at the car and on time to get back for my other commitments. Punctuality is always worth a few brownie points. 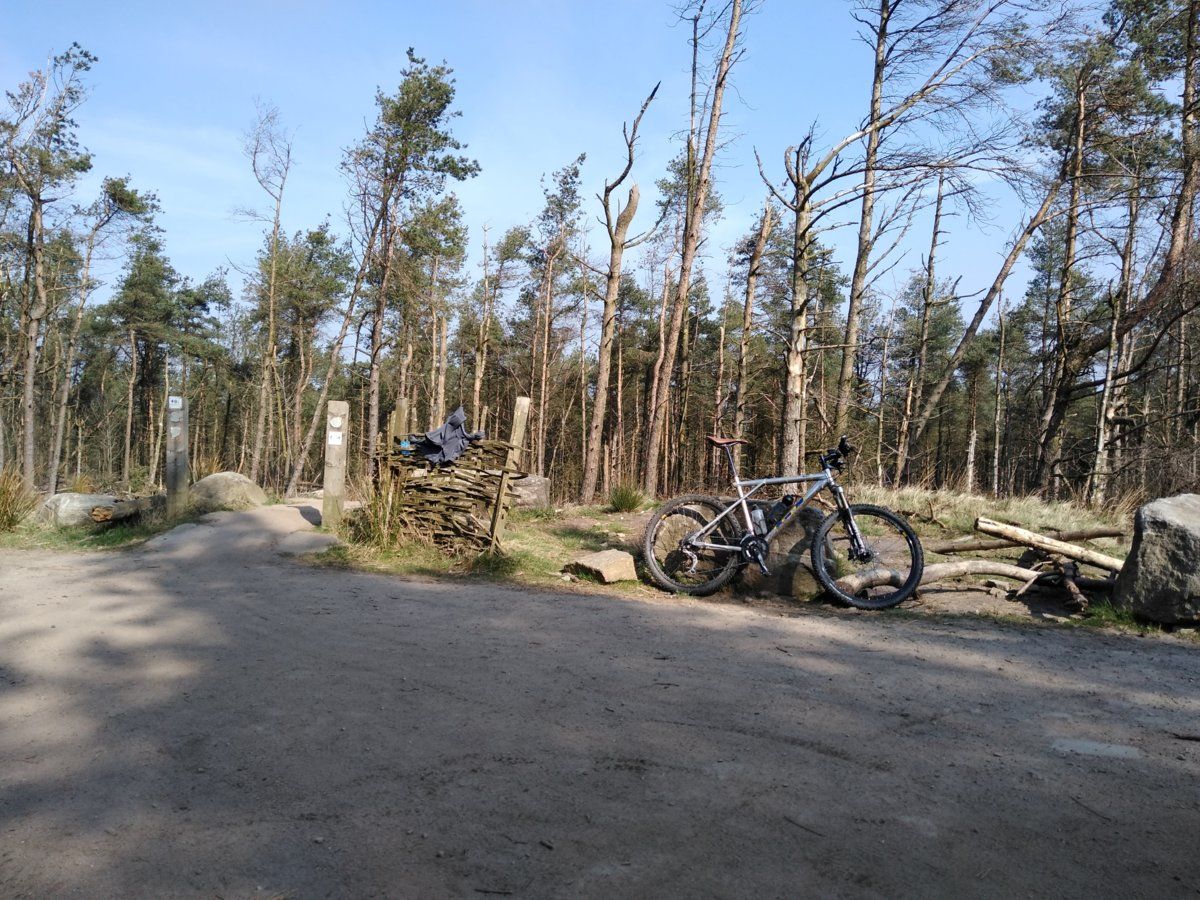 Top up there though.

Quick hour up and down the pike before tea.

Cannings is a great trail for bikers of all skill levels and never fails to put a smile on my face. As you say it's very easy to get drawn into going a bit too fast especially on blue steel (left track).

Hopefully it's not going to be to long before permission is granted for Radmires.
Last edited by a moderator: 30 Mar 2019
S

Thanks for posting here.Good read.Had it been in ''My ride today '' I would have missed it. .
You must log in or register to reply here.
Similar threads