I have only been cycling since January after a 25 year break, and usualy only do 5 miles a day in short 1 to 1.5 mile bursts as part of a mixed bike-train-train-bike commute - typical Brompton usage.

Due to a fatality at Surbiton at 09.30am yesterday morning, the entire Southwest Trains network was completely messed up all day. In addition, the National Rail information boards went down (assume this was everywhere?) so you couldn't even tell how long your train was delayed for! I cycled over to Kingston station as usual but the concourse was chaos (I dread to think what Waterloo was like) and the staff there knew sweet bugger all - looks like they are relying on the same IT system that was broken for their information.

It was the back end of the school rush and the bus station next door looked even more chaotic than usual - it was a nice day, so I thought I'd start cycling. Part of the route shadows the bus anyway, so I figured if I got too tired I could fold up and cover the Brompton and try and get on the bus for the rest of the way.

In the end I went through Bushy Park to Hampton Hill, cut through a quiet back road and came out near a big Sainsburys that has a Starbucks (where I used to stop for coffee each morning when I had the car). A quick pit stop - and then the remainder of the journey. Total mileage 12 miles.

A very short distance for folks here, but I felt quite pleased with myself after all these years of not cycling, and very happy indeed that I had the Brompton and thus had the alternative to hanging around for ages with bunches of very unhappy people.

The total journey, excluding the coffee stop, took just over an hour; the bike-train-train-bike combination takes about the same under normal circumstances.

Obviously the lovely weather helped - and I'm not sure I'd want to do it in the morning going to work, as I did get quite sweaty, and we don't have showers - but it has made me a little more confident that I could do longer runs if needed. It would only be another couple of miles to cycle from home to Central London, though that might have more hills (this route was nice and flat). It would be nice if the Superhighway Route along the A4 was due before 2015. I didn't feel too puffed out, so I think my stamina has definitely improved - my thighs ache a little more than usual this morning though.
B

Nice one Sue, well done! I didn't get to ride yesterday, so I'm a tad jealous now.

12 miles is a good is a distance for a commuter, most of the people who commute to where I work only live a few miles away at most.

Well done. It feels quite an achievement doesn't it.
Be good idea to take a pack of baby wipes with you to towel yourself once in the office. They are magical things baby wipes.

ianrauk said:
Well done. It feels quite an achievement doesn't it.
Be good idea to take a pack of baby wipes with you to towel yourself once in the office. They are magical things baby wipes.
Click to expand...

Handy when you ve got a youngen to Ian, or are they kept solely for the bike ?

lukesdad said:
Handy when you ve got a youngen to Ian, or are they kept solely for the bike ?

Put it this way mate.. I no longer have to buy them myself..

ianrauk said:
Put it this way mate.. I no longer have to buy them myself..

hmm
having flashbacks of a milton advert in the eighties.

wifey has twigged whre all babywipes go in our house now - my bike cleaning bucket.

Nice one, Sue. Maybe you could split the journey - go into work as normal but cycle home? It's amazing how fast you adapt to the longer rides, once you start doing them regularly.
OP
OP

While the weather is nice, and it is light in the evening, I might start doing that alternate days - build up to it daily over the summer. The muscles on the inside of my knees are a bit sore this morning, but I've had much worse after a serious aerobics session than this.

I think I'll dig out my old small camera as well as it is very pretty through the park ........

It's amazing how short 10-12 miles will begin to feel. I only really started cycling a few months ago but I'm already looking to get to 30 miles and then on to 50.

The muscle you're talking about is probably the Vastus Medialis. It basically helps to keep your kneecap in place while extending the leg, which is what happens all the time while cycling. 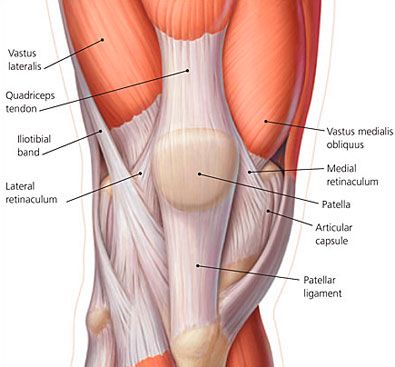 I caught this at the other end of the day at Waterloo. Trains were still badly messed up at 7pm: crowds outside the gates, staring up and frowning. As it happens, there were two trains for Richmond, one half an hour late, the other over an hour late that were preparing to leave when I got to the station. As the hour late one was really packed, I boarded the other one which left as soon as everyone was on board. So despite (actually because of) the problems I got on a less crowded train than usual, that left earlier than the next scheduled one.

A moments silence for the deceased: various news sites didn't seem to be sure if it was a suicide, or he fell. A guy in his sixties, I would guess the latter. It doesn't sound like they will ever be sure what the problem was - after being run over by a train, a coroner will not be able to detect a heart attack or stroke or similar, if that's what caused the fall.

BTW, I'm in a similar situation to you, catching SWT with my folding bike. I recently realised that cycling all the way doesn't take that much longer. A trick I've used to encourage me to cycle is to switch from weekly tickets to oyster pay as you go. the Oyster costs £3.30 each way, and the weekly costs ~£27. So if I use the train 8 or more journeys out of 10, I would have been better off buying the weekly. Strangely this fact is enough to make sure I cycle at least 3 times each week.
You must log in or register to reply here.