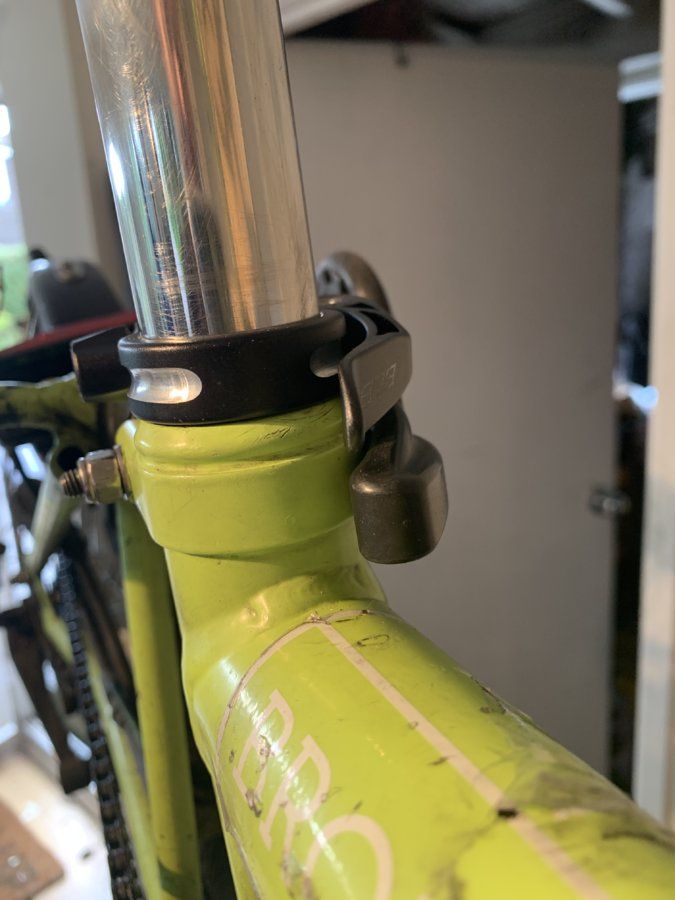 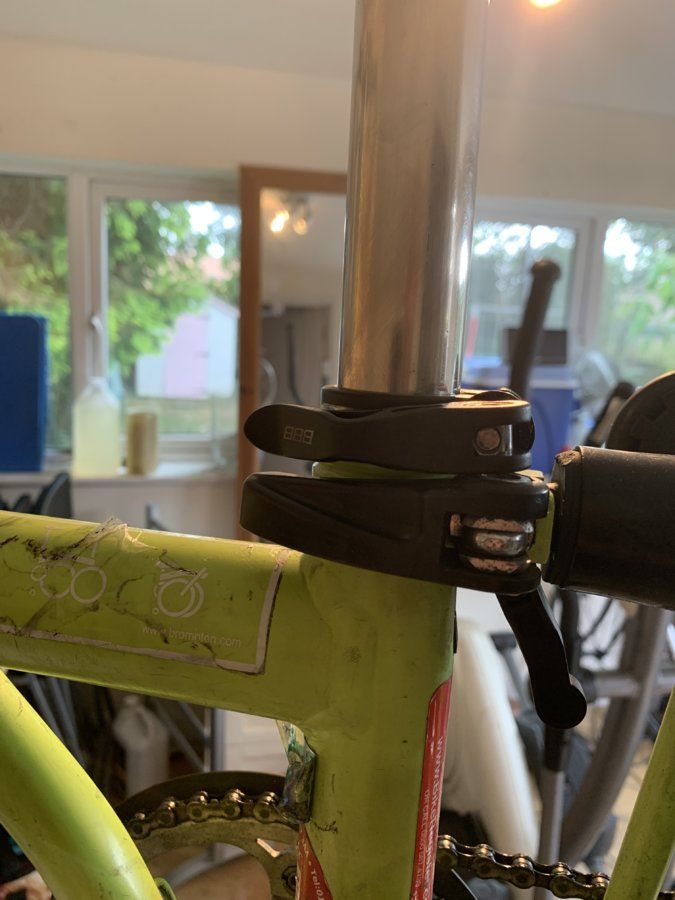 I’ve been reasonably happy with my seat post after it was initially slipping when I got it (4 years ago).

But recently, it’s been dropping by about an inch whenever I ride it.

Doesn’t seem to get any worse that that, but definitely does it every time.

All those years ago, I bought another clamp as that seemed to be the advice at the time. But I never got around to fitting it as I scuffed up the seatpost and gave it a good degreasing and that seemed to cure it.

So today, while I remembered, I got that seat clamp out and filed down the lip with a metal file then used 240>500>1000 wet and dry to make sure it was smooth and there were no jagged bits. Took about an hour in total.

When I took the seatpost out I could see that the shin is in need of replacing as it’s coming apart at the back edge.

Forgot to take any pics and I didn’t want to take it apart again just to shoot it.

Hoping this will cure it until such a time as I can get the shim replaced.

Anyone have an idea of cost?

Isn't there a paste you can buy that limits slip?
That premium Brompton sticker is looking a bit tired

Cycleops said:
Isn't there a paste you can buy that limits slip?
That premium Brompton sticker is looking a bit tired

There may be a paste that does that, but having taken the seat post out, I can now see that the problem is definitely with the shim.

I have a sneaking suspicion that moving the seat as far back as it will go on the rails will have contributed to this, if not directly caused it.

That sticker’s been like almost since I got it.

I think i might have kicked it as I stepped through the frame.

I keep on meaning to remove it completely as it does look rubbish.

Sounds like time for a new post liner, four years is a long time on those, my daily rider eats one a year now at about 10 miles a day
OP
OP

chriscross1966 said:
Sounds like time for a new post liner, four years is a long time on those, my daily rider eats one a year now at about 10 miles a day
Click to expand...

Am I right in thinking you replace yours yourself?

I seem to remember you saying that you do, but it’s not for everyone.

I basically did that too. It works. If the dealer option for replacing the shim was less expensive, I might have done that. It works. Only downside is it is one more clamp to fuss with when your folding it up.
OP
OP

Well, I can confirm there was no slippage this morning.

Kell said:
Am I right in thinking you replace yours yourself?

I seem to remember you saying that you do, but it’s not for everyone.
Click to expand...

Yeah it's probably not for everyone, i have a 32mm reamer in my workshop and that thing isn't cheap unless you get lucky on ebay... plus the rubberised superglue they use is pretty odd.. it's not a hard job and i will likely be doing one this weekend as i have some longer rides coming up
OP
OP

Well, I got lucky and managed to get the sleeve replaced in a couple of hours.

The guy said that the sleeves now come pre-reamed and therefore his £500 reamer is now pretty much redundant.

Although I have to say, I assumed the reamer was for the seat post. Shows how much I know.

He also confirmed that there was pretty much no material left on the rear of the sleeve.

Definitely should have replaced it before now.
OP
OP

Having ridden it this morning I can also confirm that the awful squeaking that I thought was the rear triangle has also gone.

Where did you get it done @Kell ?

I replaced mine and it worked perfectly without reaming. However, Brompton are utter swine now and won't allow the majority of parts to be sold to end users, so you have to pay a dealer to fit everything. I wouldn't buy another one because of this. You used to be able to get everything, which was the big advantage over a Far Eastern folder. What do you do if your nearest dealer is 50 miles away?

My daughter has just bought a (brand new) Brompton and I borrowed it to take on holiday last week.

I was disappointed to find the seat post slipping 2-3cm after just 2 or 3 miles. I didn't want to tighten the clamp bolt at this stage as it is a new bike.

I've emailed Brompton but am still awaiting a reply. My daughter hasn't got a lot of faith in the dealer as they didn't even know how to fold or unfold the bike when she went to look at one!

Surely this should not happen on a brand new bike?

Pull the post out (remove the saddle, pull it out from the bottom) and degrease it and the sleeve with meths or similar. A bit of grease or oil on the post can cause slippage. If this doesn't work, tighten the nut just enough to prevent slippage when you bounce on the saddle.
You must log in or register to reply here.