Recently I've been reluctantly disposing of a large pile of old newspapers dating mainly from the late 1970s. I had a good look through the sports pages to see if any of them featured contemporary reports of famous races. I did have some luck, as I found the Daily Telegraph from August 30th and September 1st 1980, the days before and after the world road race championship. Here's what the reporter had to say, before and after: 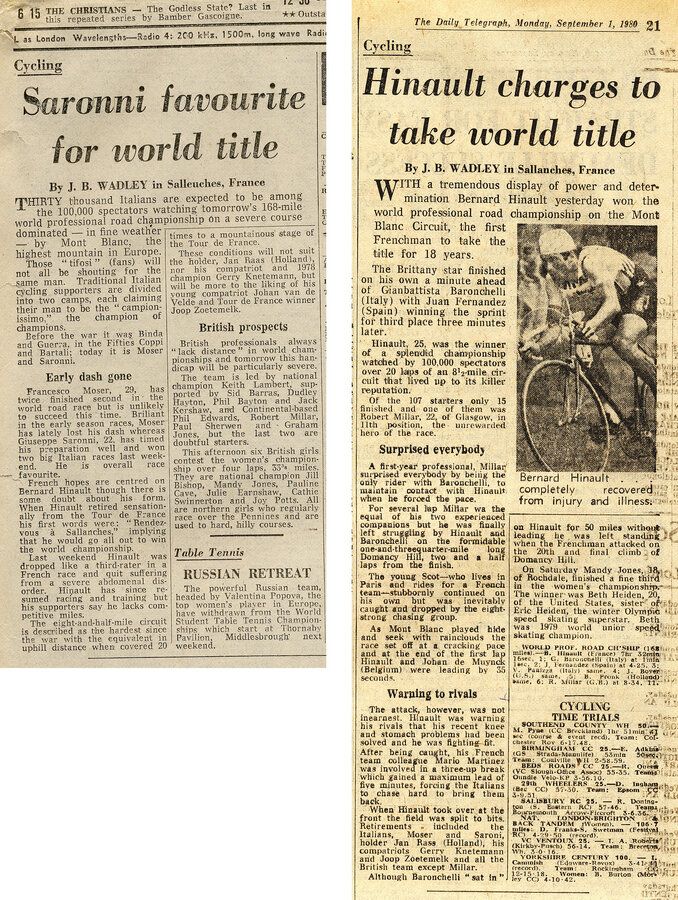 Amongst the pile was a copy of the 60,000th edition of the Times, from May 11th 1977. This was during Freddy Maertens' 13-stage domination of the Vuelta, not that you'd have known about it from reading the that particular paper.

The were some Telegraph's from the time of the 1977 Giro, which tended to feature a proper article, including leaders of all the competitions, for the concurrent Milk Race. For the Giro you could expect no more than the stage winner and overall leader, always assuming you could read print that small. If there's any interest I'll post what I've found - you never know what names are going to crop up.

In the 60's, the Telegraph was one of the few papers that carried any cycling results. Wasn't David Saunders the cycling journalist on the Telegraph and TV comentator. Sadly no longer with us.
You must log in or register to reply here.