So back when I first moved to Germany, I rescued an old shopping bike from the Mother in Laws cellar. It was suffering from undefined rear hub issues and was destined for the skip. I took it home and started to strip apart the hub, but got no further than removing the coaster brake and consigning the pieces to several random boxes. Due to living in an apartment and not really having adequate facilities, I never got much further. Fast forward to last month, when the wife asked me to dig the old bike out and rebuild it because she would like to use it as a day to day shopper and general utility bike. Now that I own a house with a Celler and dedicated workroom, it's a much better environment for tinkering. The bike itself is nothing special, but it will make a good day to day utility bike of the kind that's very popular here and aside from my time, should cost very little to return to the road. Besides I just love tinkering on bikes, so it will keep me out of trouble for a few weeks.

The first job was to dig out the boxes containing my first aborted attempts at rebuilding. Then I proceeded to do a complete strip down of the rear hub internals and place them in order on a rag. The hub itself is an old Sachs Torpedo 3 speed hub with coaster brake. It's a popular hub made in Germany for quite a number of decades, so it was quite easy to track down a parts diagram online, as well as photos of the internals. A quick check against these reveals that remarkably I've not misplaced any of the parts that I'd stripped out years ago. 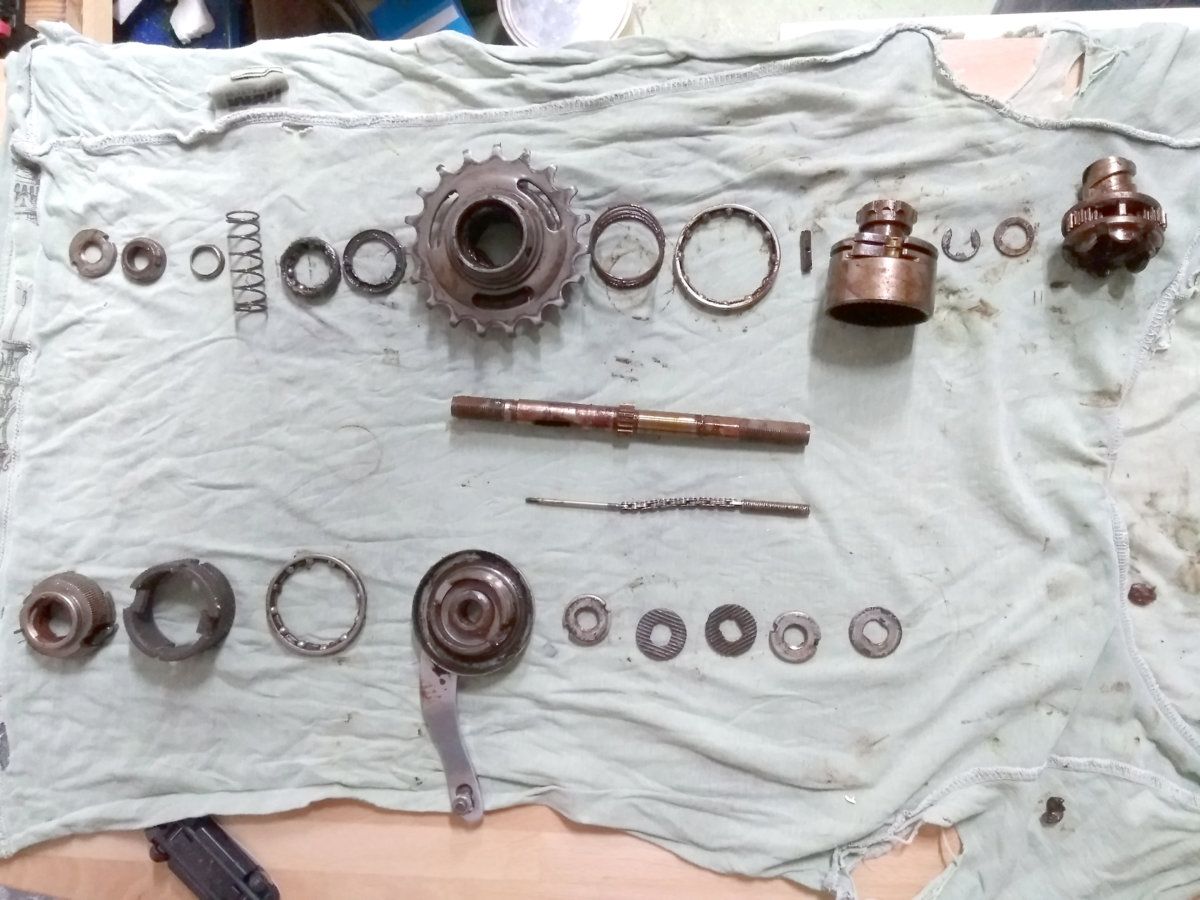 Some of the internals are beautifully engineered and in remarkably good condition, all things considered. 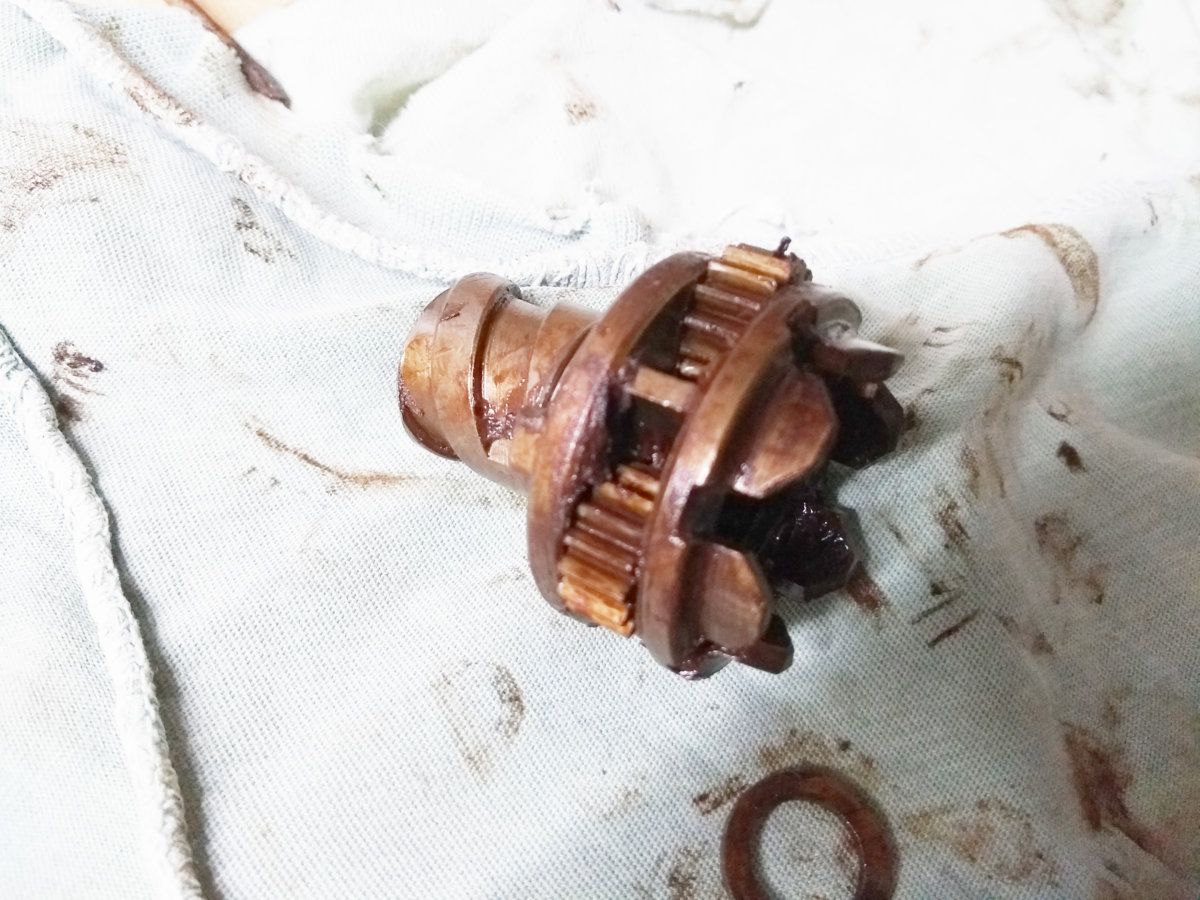 The brown colouring is not rust, but old grease, which leads me on to the question of how do I best clean this? Soaking in something is probably the best bet, but what? Any suggestions would be most welcome.

I'll also get around to digging out the frame from the top of the garage and taking a photo at some point as well.

I’d probably soak it in White spirit, I don’t know if that’s the right thing to do, but is what I have done to clean greasy bike parts.

Is the bike a MIFA?

White spirit but then wash with detergent and thoroughly rinse. Dry immediately in a warm oven, except for any plastic parts.

SRAM no longer make or sell any IGH parts but these are so common that you're unlikely to have trouble finding bits. The ball bearings are often a metric size...measure first.
OP

Thanks guys. I had a feeling white spirit may do the job, but I wasn't too sure. So I had a quick go on a couple of parts and was really surprised at how well they came up. 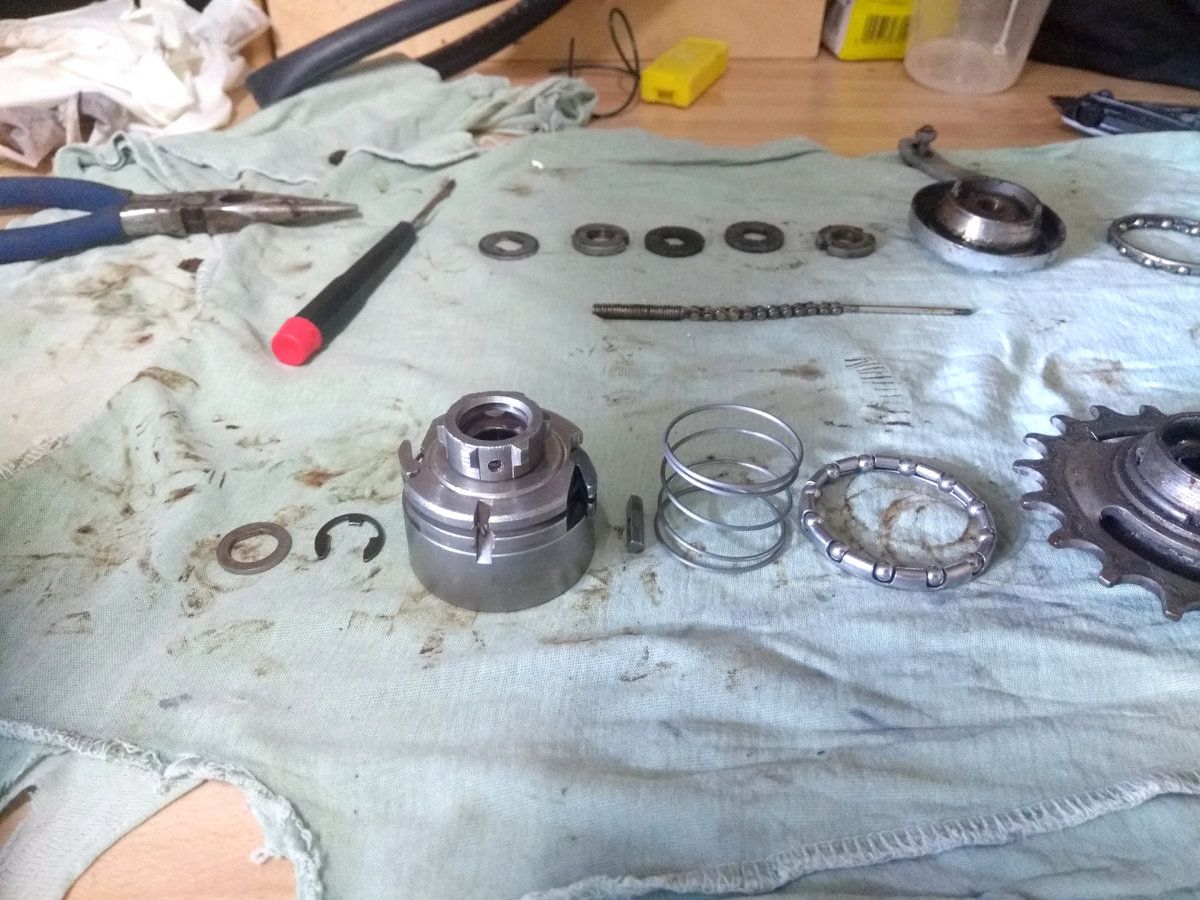 So I'll get too work giving the rest of the pile a clean. Looking through the parts, I can't really see anything thats broken or obviously worn, so given the generally stickiness of the old grease, I'm pretty confident that everything should work with just a good clean and re-grease.

I will replace the bearings though because there is no reason not too, I had read about them being metric, but thanks for the heads up as well, it's always worth repeating.

As for what bike it is? I really don't know. I've just not had the time to go rooting through the top of the garage to find it, but I will do some time this week.

CarlP said:
I’d probably soak it in White spirit, I don’t know if that’s the right thing to do, but is what I have done to clean greasy bike parts.

White spirit would be my degreaser of choice too but there's no need to wash it off afterwards.

I usually use Dawn dishwashing liquid, in very hot water. Not flammable, not smelly.

The correct lube for these is usually the rather paste-like SRAM IGH grease but it may no longer be made, in which case Sturmey-Archer brown grease is quite different but should do the job. However, some SRAM/Sachs/F&S hubs need some parts to be oiled and some parts to be greased, so check first. My Duomatic has oil, lithium grease and high temperature brake grease in various parts. It probably all mixes together in the end!
Last edited: 20 Aug 2019
OP

Thanks again everyone for all the advice, useful stuff and I'll keep it all in mind as I progress.

@rogerzilla as you suggested, I was looking at SRAM Internal Hub Grease for the planetary gears and associated gubbins. I presumed this one was the one you were referring too? I'll have a look into what witches brew of greases is recommended.

chriswoody said:
Thanks again everyone for all the advice, useful stuff and I'll keep it all in mind as I progress.

@rogerzilla as you suggested, I was looking at SRAM Internal Hub Grease for the planetary gears and associated gubbins. I presumed this one was the one you were referring too? I'll have a look into what witches brew of greases is recommended.
Click to expand...

It's been repackaged but is probably the same stuff - the tube I have has a consistency like Colgate Blue Minty Gel, although it's yellow. Sachs pawls don't use those tiny "R" springs favoured by Sturmey-Archer, so can tolerate a thicker grease.
OP

So it's been a while, but I have still been pottering away on this. Inspecting the internals, I decided to replace the bearings and one of the bearing cones was showing signs of wear so was replaced as well. Sourcing parts was a pain, but eventually I managed to locate some new bearings. The cone was discovered in the back of a drawer at my local bike shop.

So once all the parts were cleaned up, they were laid out in order again. 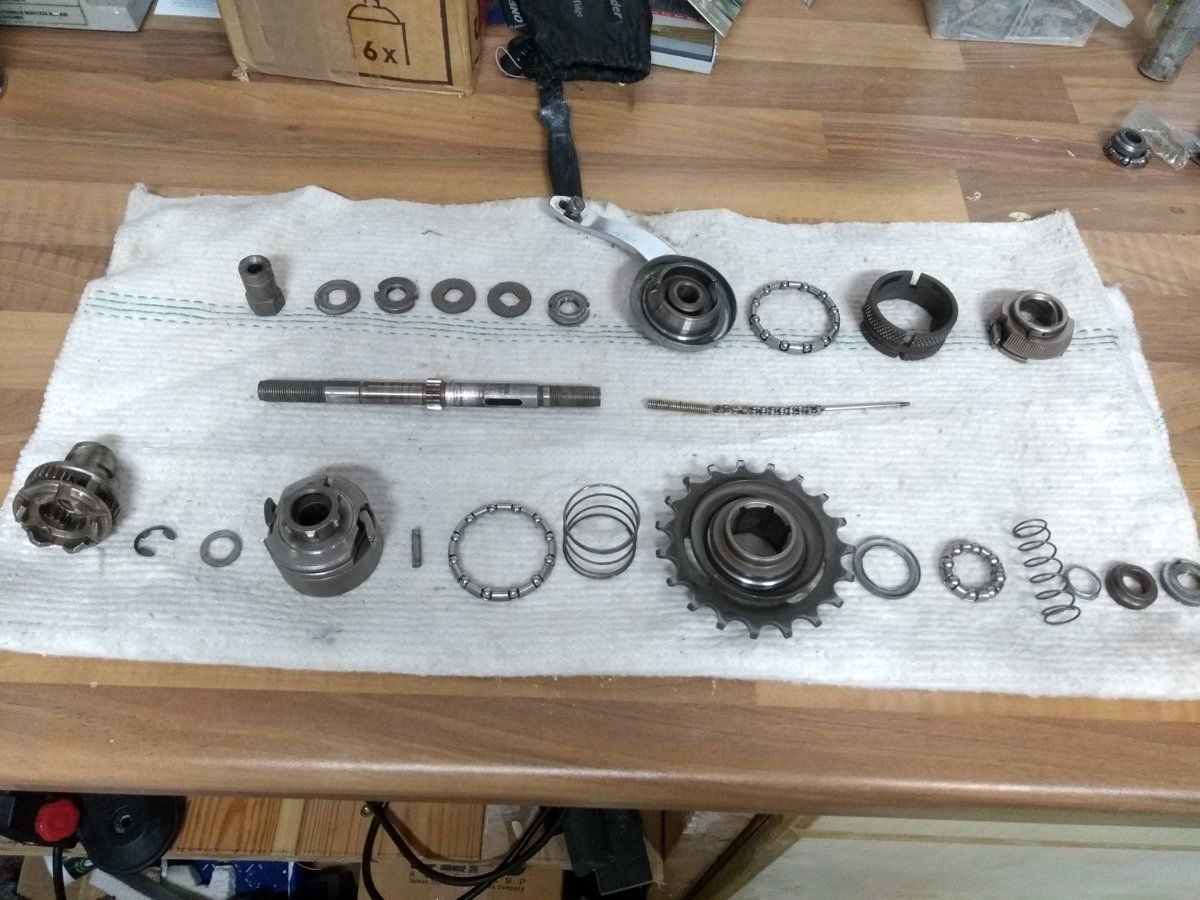 Then I started to grease it up and pop it all back together again. 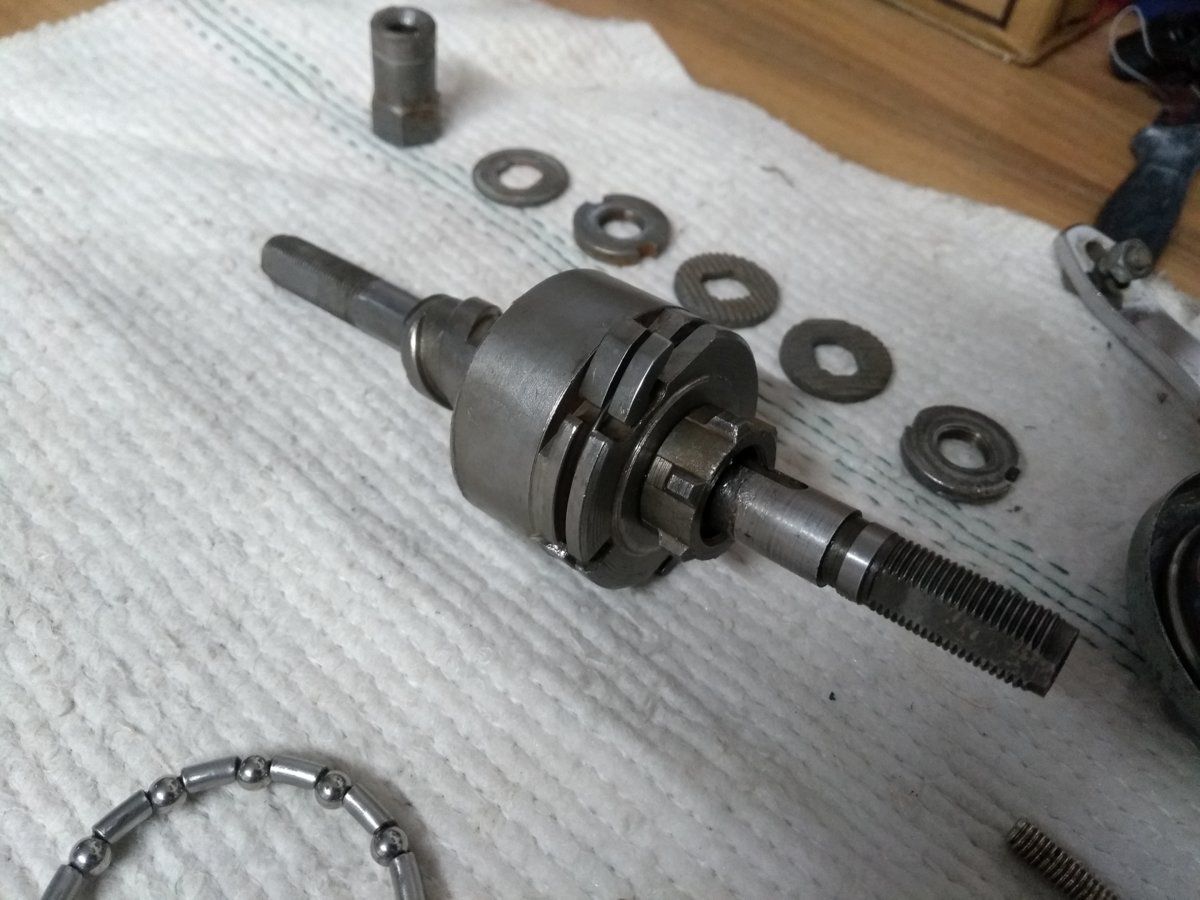 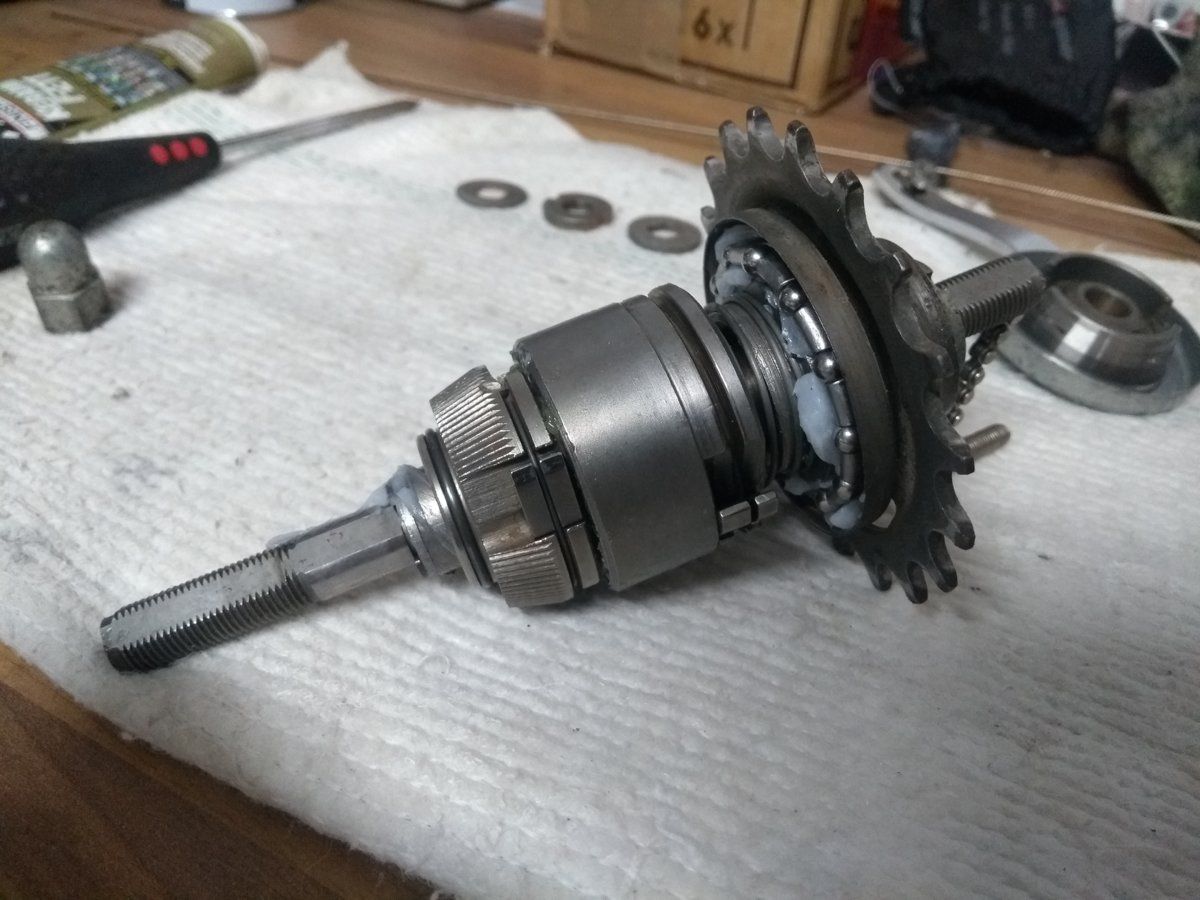 I also turned my attention to the back wheel rim which was an old fashioned chrome rim that had seen better days. I remembered hearing about using tin foil to get rid of the rust, so I filled a bucket with water and salt, then dipping the tin foil in, I rubbed it onto the rims. The effect was pretty amazing and I was really chuffed with the way they came up. 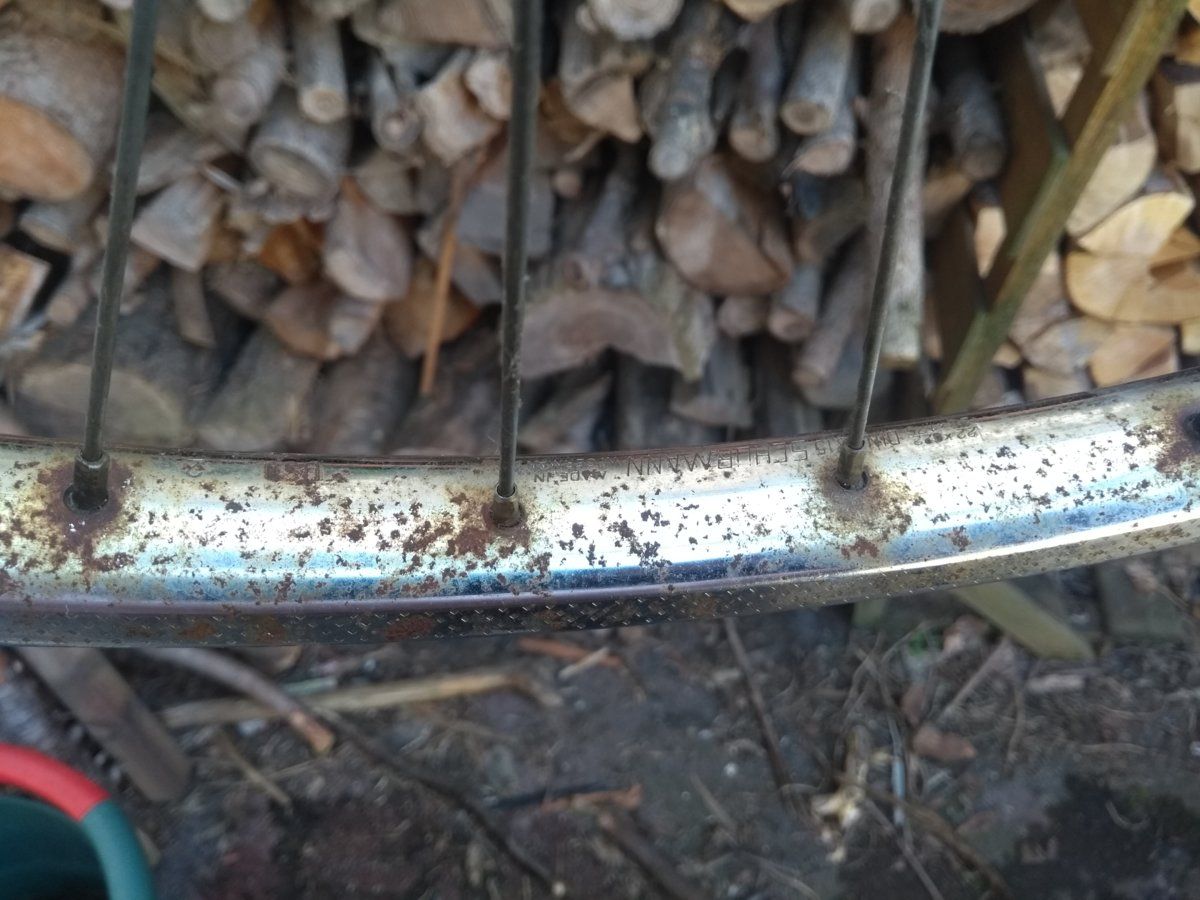 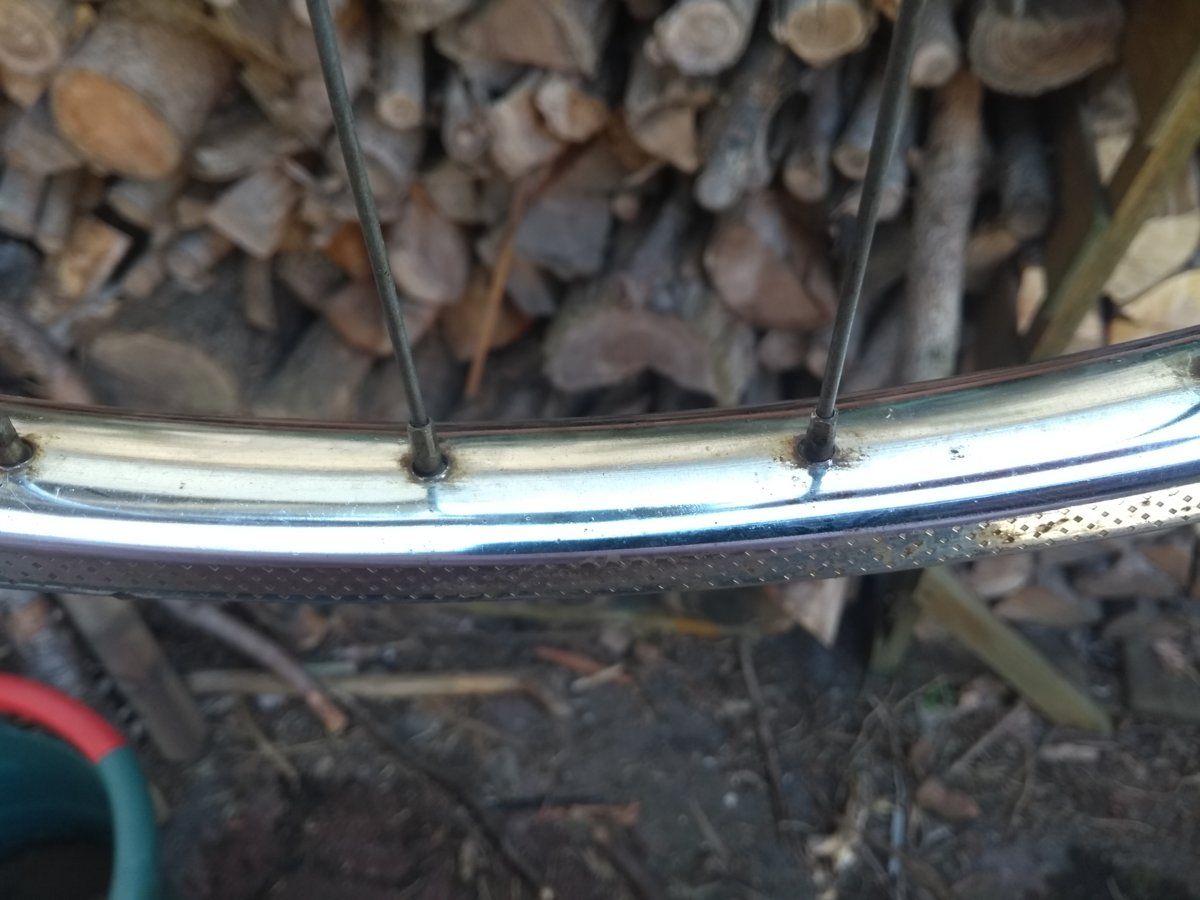 I've also been up into the top of the garage and checked out the rest of the bike, which is in pretty good nick overall. It's an old Hercules bike from the late seventies, early eighties. A fairly run of the mill old thing, but it will be great to get it all up and running again. The plan is to drag it out in the next couple of days and then throw the back wheel on to see if it works. Then I'll strip the Bottom Bracket and front hub, before replacing the tires and tubes. 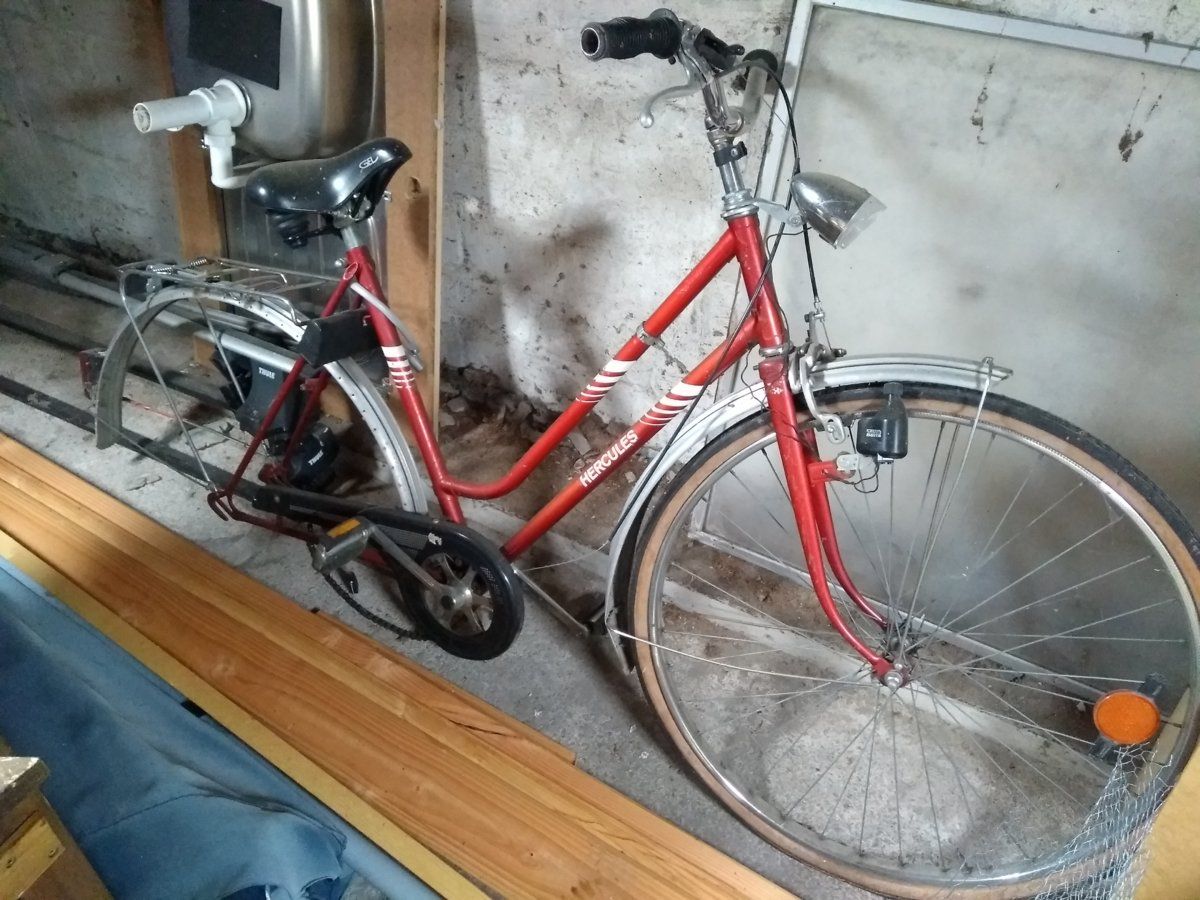