Show us your small bikes/children’s bikes

We seem to be lacking a small adult bike, youth bike or last size junior bike.

My favourite bit is the bell £4.99 from Planet X and it rings and rings.
The only thing I fancy changing is the tyres to tan/white/red ones but can’t decide. 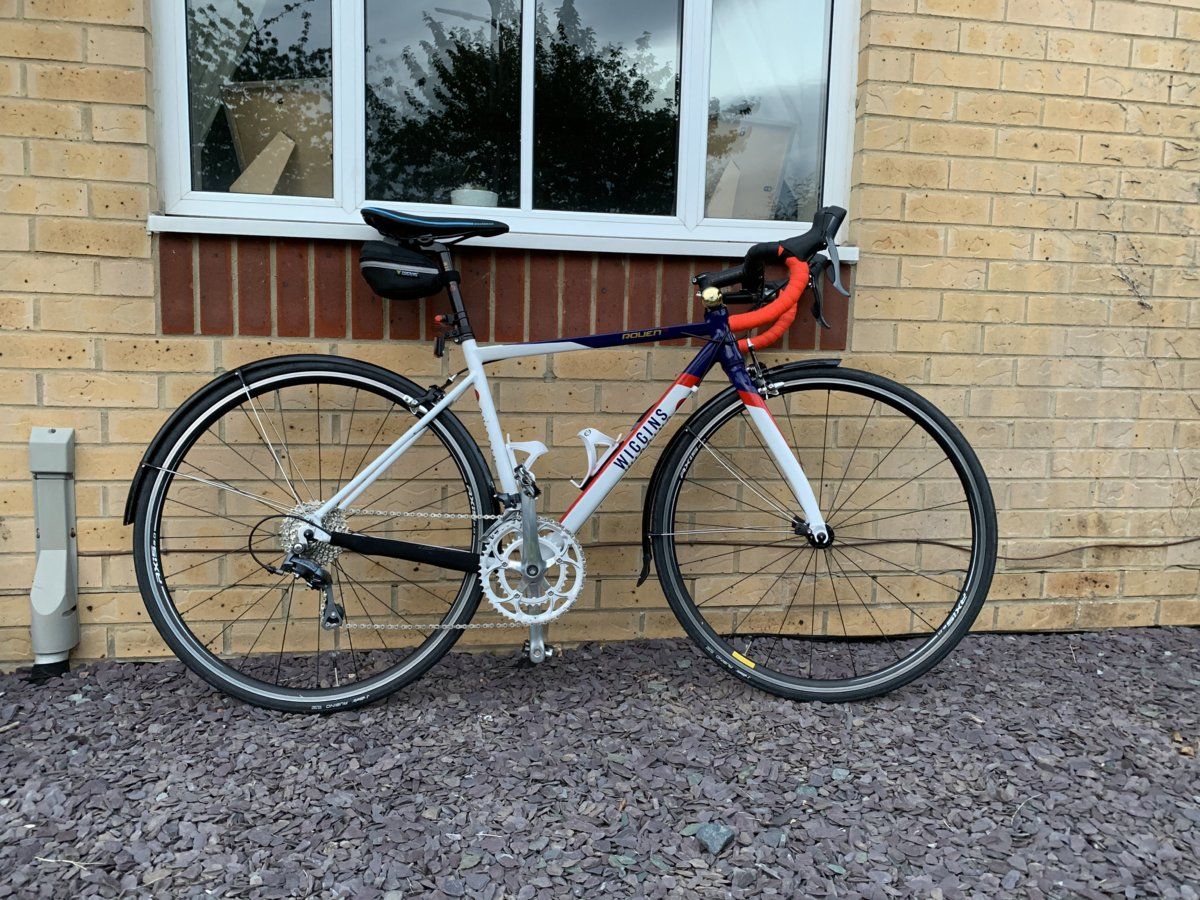 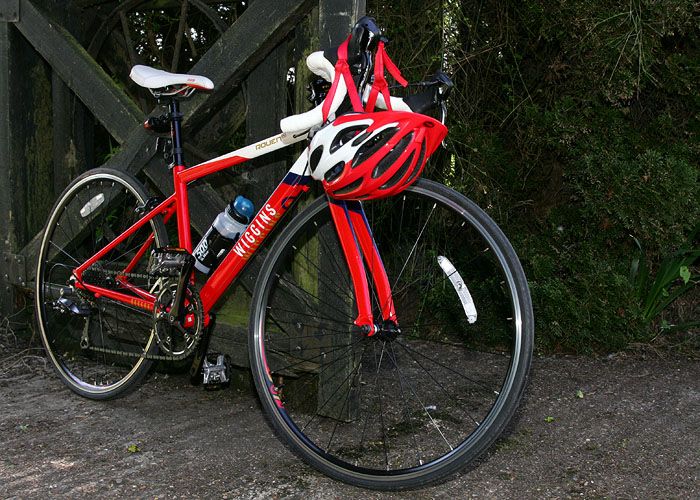 And here's my Wiggins Chartres 26. 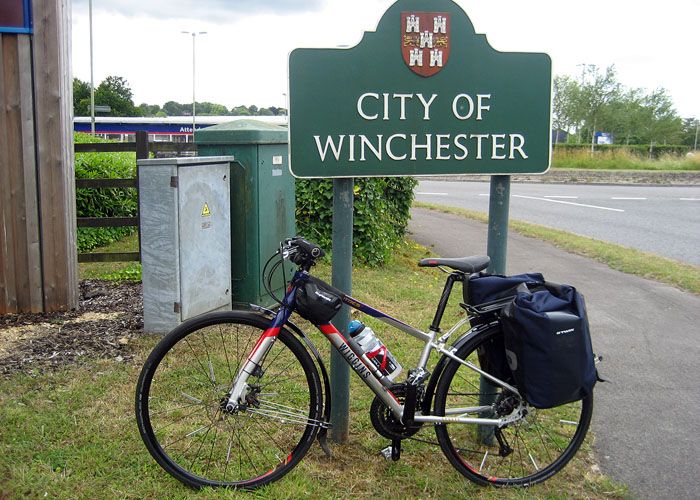 And last, but not least, the new addition to my little fleet, although currently very much a WIP, but will eventually be my winter bike. A 1998 vintage Raleigh Max 15 (yes, those are 24" wheels) that's being given a complete makeover, as well as an upgrade to 8 speed and trigger shifters. 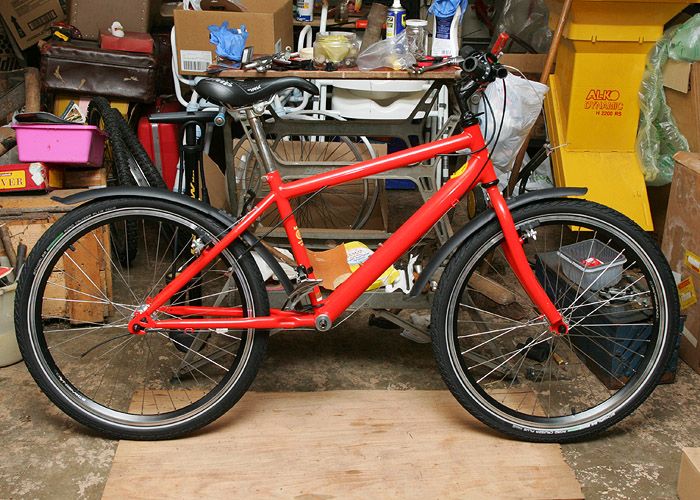 Depending how large you're wanting these are my son's road bikes. Apologies for the child on them, but we've few of 'bike only' photos as they've frequently been sold through contacts once it's known we're planning to sell:

My son's first road bike - a 24" wheel Decathlon. Heavy and slow it was used for two races until his club took pity on him and he was lent a 'proper' road bike. He went through two of these, the first being planted into the side of a van at speed: his fault. Re-appeared on eBay recently so is still somewhere in Yorkshire: 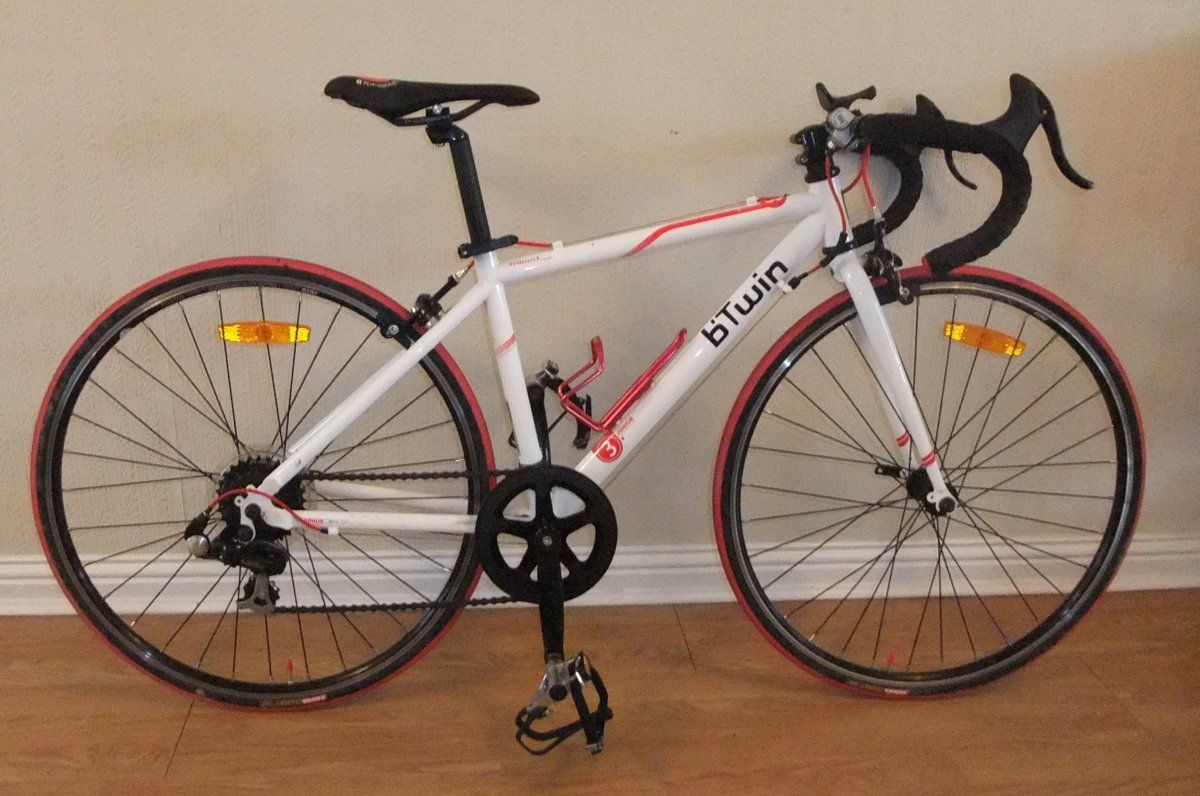 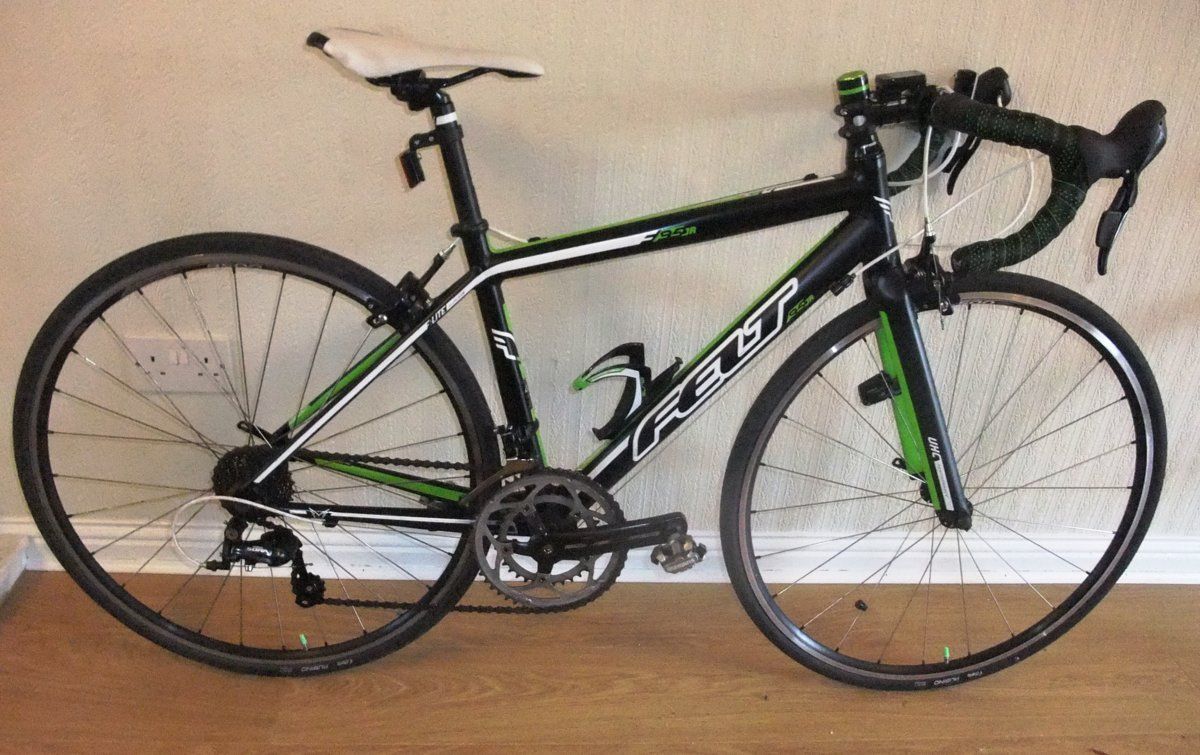 He then moved onto an XXS Argon Krypton with 700c wheels and a 43cm frame. Arrived battered but with a bit of work it was brilliant and had full Campag Record. Currently somewhere in West Yorkshire having been passed on again: 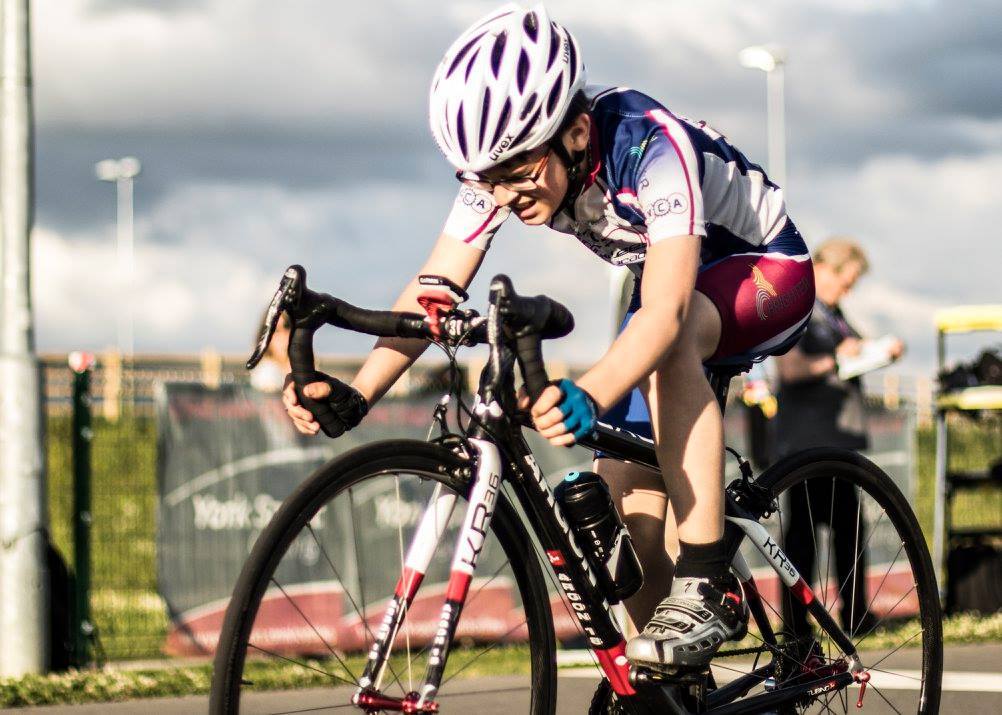 And in there was an old XS Giant TCR from 2004 - 700c wheels with a 44cm frame. Again still somewhere in West Yorkshire: 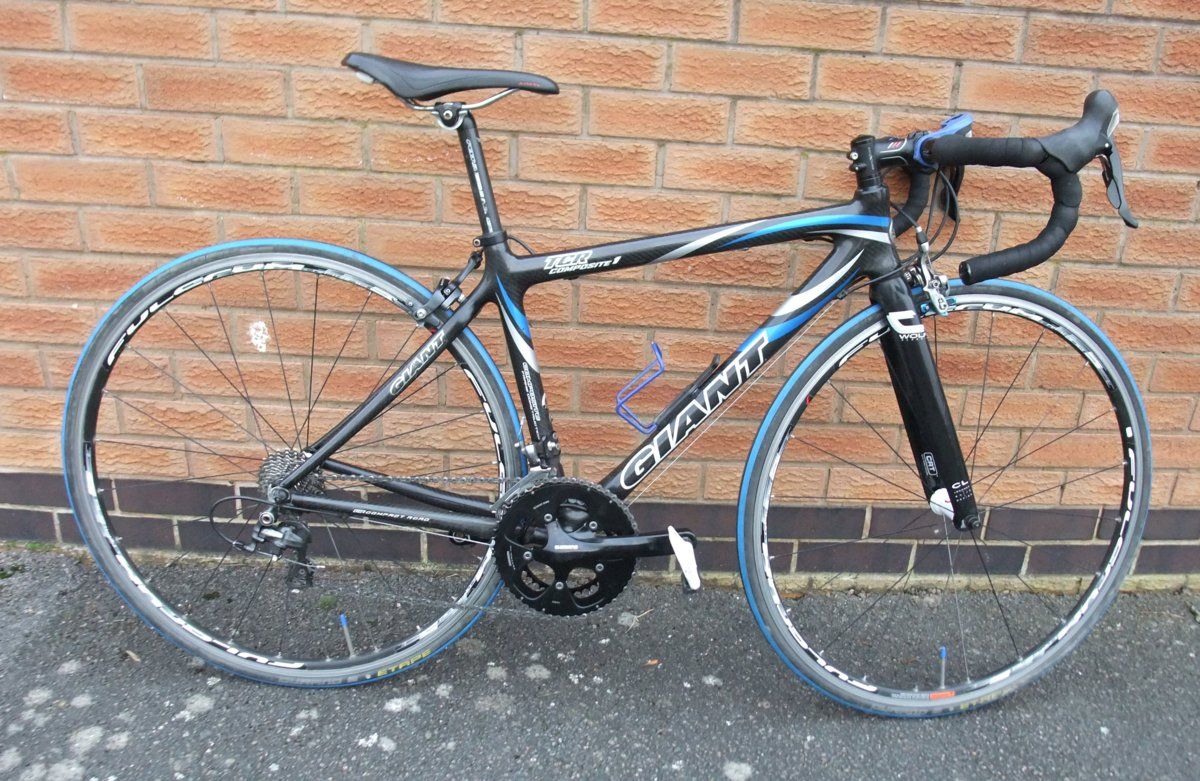 The Giant was his 'training' bike and he raced on an XS 48cm Cervelo S3, replaced by his current 54cm one with the old frame now down south: 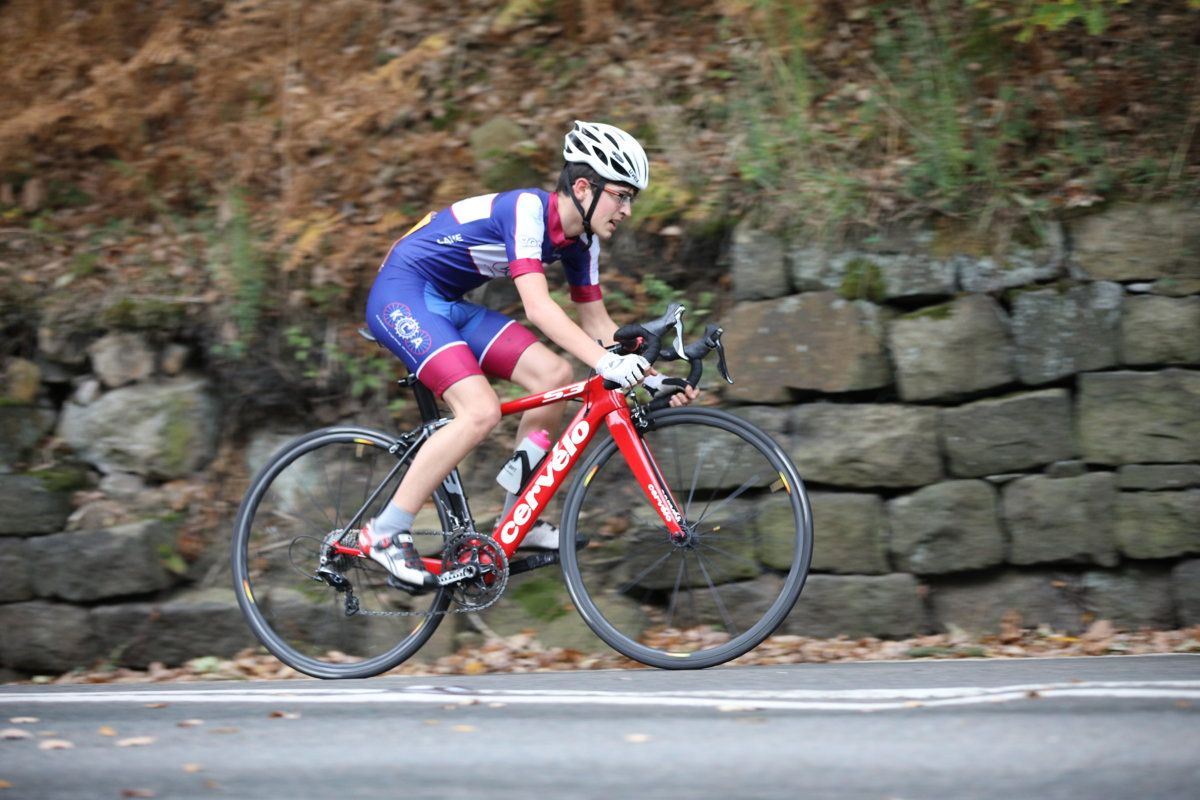 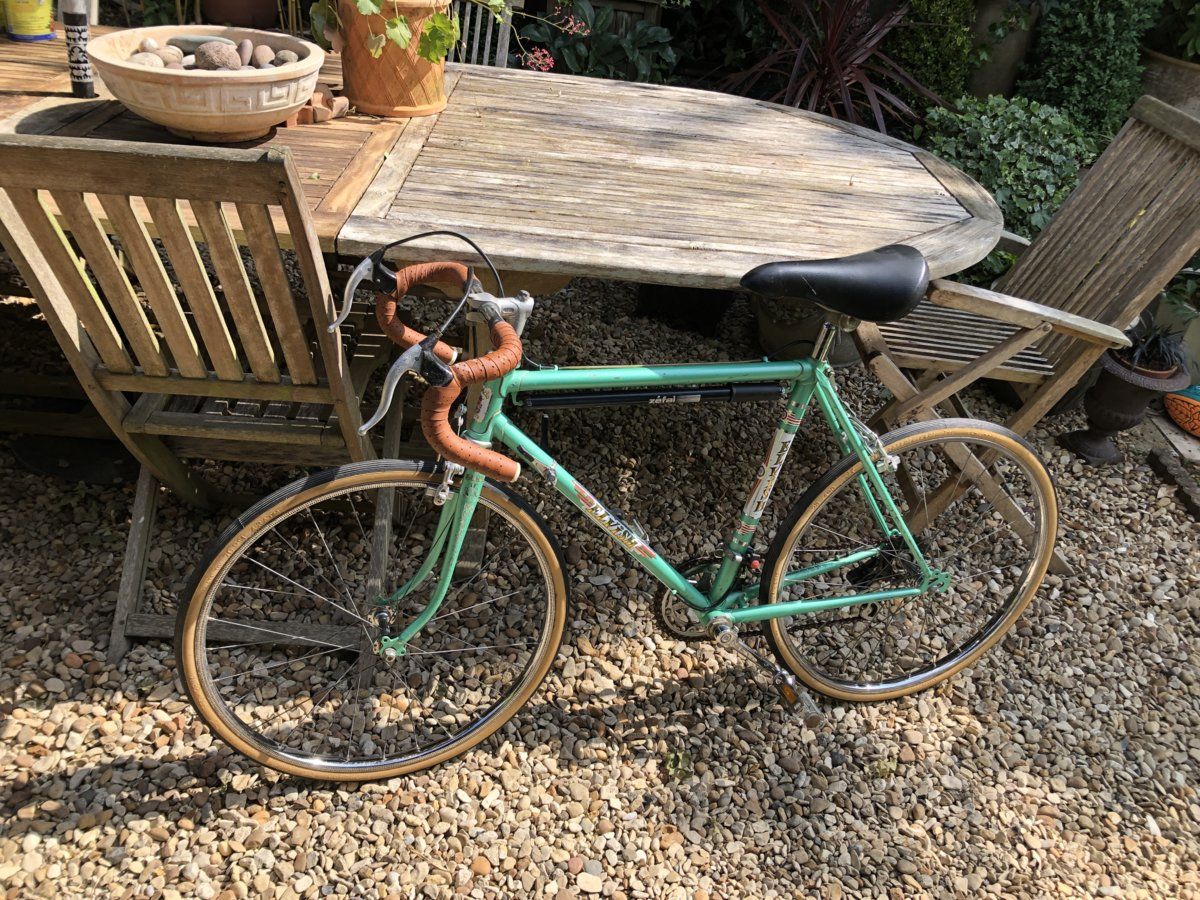 Always start children off on one of these:

Technically known as a Drésienne (after the inventor) it has NO pedals and, above all, NO STABILIZERS. From about 18 months old the mastery of balance and leaning into corners become second nature and transition to pedal power is almost instantaneous, usually before the age of 5 years.

Not all children will master it to this extent: