Hello all, just thought I'd post this up from yesterday.

We must have had over 2000 in the march, it was very impressive. Apparently biggest parade in England which is no mean feat!.

Our family were part of Acomb 2nd St Stephens York.

Never thought I'd get into Scouting but it's one of the best decisions I've made!. 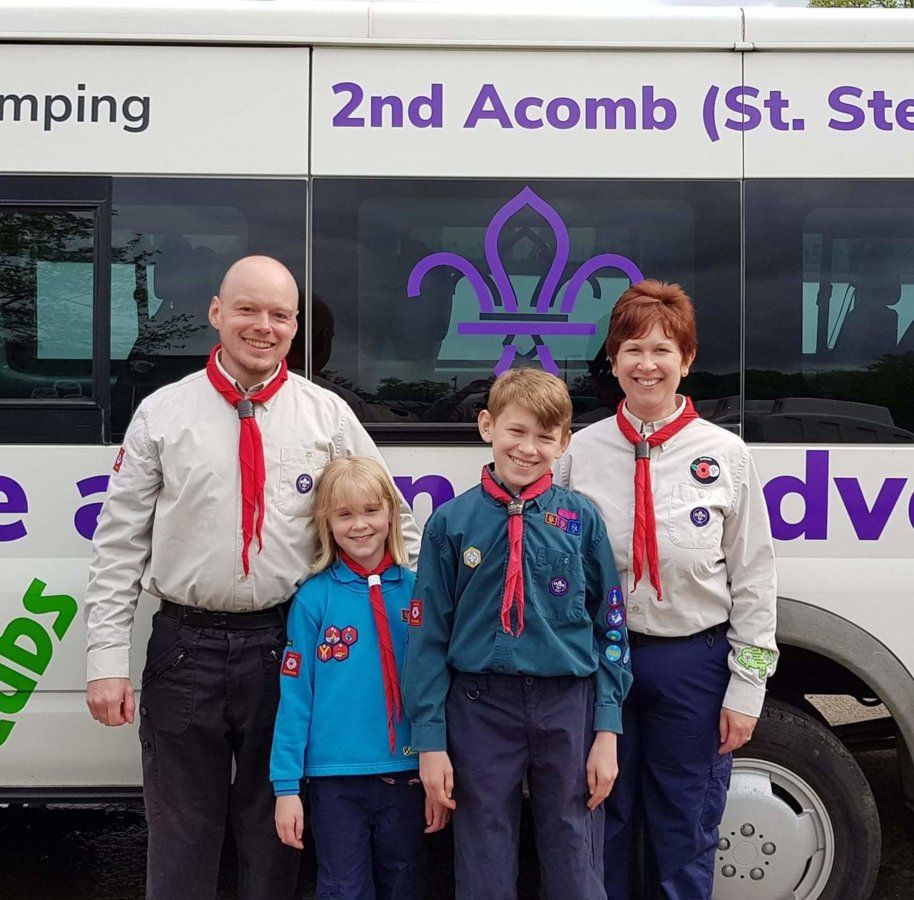 Nice one scouting is a great thing to do. I loved it and you never know I may go back to it.
St George's Day Parade was a great fun for me being a flag barrier has to be the highlight. As it turned out the flag was quite old and was the very same flag that was used by my Dads group before they moved down the road and became mine.So both me and dad must have made our promise on the same flag.

Sadly the parade is mostly gone now I spotted it yesterday forming up. Very few turned out and the parade was little more than a quick walk down the road not to mention one leader in jeans

I absolutely loved my time as a Scout. (1st Morden, Kingfisher Patrol).
Unfortunately, inarauk jnr didn't feel the same way. He joined the Beavers, then the Cubs but lost interest. Hopefully when he is Scout age I can encourage him to rejoin.
OP
OP

@tom73 , I think our flag has a few generations behind it as well, will have to ask how old it is next time I'm in.

@ianrauk , we're out most weeks, hiking, campfires etc. Seen how my lad enjoyed enjoyed so decided to give them a hand when he moved up to Scouts.

Gets them out doing things and learning to be part of a team but also give them a bit of independence as you know.

Definitely a worthwhile use of my spare time and very proud of our team!.

St Georges Days parades tend to depend on the District

In our district, up until the late 1990's it was a three line whip turn out, with a parade and then service in the only building in the area capable of dealing with 1,500 people
There were complaints in today's multicultural London that is was no longer relevant.
By the early 2000's this had become a 'fun day' with no parade, a short multifaith service, followed by bouncy castles and a leaders BBQ etc.
Numbers slowly declined over the years until it was down under 200, at which point it becomes uneconomical.
Therefore about 3-4 years ago it stopped.

Each year there is a request within the District for a group to take on organising an event for the district, but no one has the time, interest or manpower to do it.
Realistically it would be a three year commitment on par with running a Gang Show or International Expedition
Last edited: 30 Apr 2019

Many Flags are often as old as the Group.
A lot of Groups date back to before WW1
We have at least three flags that date back to the 1920's or earlier in the district, plus quite a few that date from the 50's and 60's

Scout Flag nerds can age the flag by the scout symbol on the top, the very oldest have the wolf head.
You can also spot the age of a group by the colour of the scarf, single colour plain scarfs in greens, blues and browns are the oldest.
Bi-colour scarfs (usually a white band) come from the 1930's and tri-colour scarfs in bright colours tend to be from the 1980's onward.
The more lurid the scarf, the newer the group!
Last edited: 29 Apr 2019

unless it's air scouts as they are always blue