Last year a group of 10 of us did the 170mile Way of the Roses ride from Morecambe to Bridlington over 2 days. We said afterwards whether it would be possible to do in a single day. And thus the seed was sown.

About Christmas time a date was set. Friday the 13th (no room for superstition!) of July, and a slightly different group of 8 committed to it.Over time, this group reduced to 7 as one member had too many work and family commitments to get the training in. The rest of us started training in March. On the 15th of May, on a training ride i crashed at 35mph on a steep descent (rider error!) and spent 3 nights in hospital. I was discharged on Friday 18th May and spent the next 2 weeks on crutches. Fortunately i had no broken bones but lots of muscle and ligament damage in my shoulder, groin and right leg. At this point i wrote off the planned ride, and i think everyone else thought it wasn't going to happen either and the training pretty much stopped.

But once i started to recover it happened pretty quickly. So much so, that 2 weeks after getting rid of the crutches i started cycling again. My first ride was 4 weeks to the day after the accident. A very gentle 9 miles to test out the injuries. Within a week i'd ridden a 20miler, a 30 miler and then a 50 mile sportive. With 4 weeks before the Roses ride, i now decided it was possible, so i crammed in some late training to recover some fitness, including my longest ride of 110 miles, and whilst the preparations weren't perfect we decided to give it a go.

So, Friday 13th July, 8 weeks to the day after i was discharged from hospital, at ten past 5 in the morning, me and 6 mates gathered for the obligatory photograph at the starting post. The early start possible after a stay in the Travelodge in Morecambe.

48hours previously the weather forecast was for heavy and persistent rain for the whole route, but thankfully the wet weather band seemed to be hovering 20 to 30miles further south, and apart from an annoying easterly wind for the whole day, the weather was dry throughout.

We were lucky that we had a support car to carry our overnight bags, tools, spares and food and drink so we didn't have to ride with anything but essential kit. We met our support crew in Clapham after 27miles and again in Settle at 35 miles before tackling High Bank Lane out of Settle. I have climbed this pretty brutal climb several times before but the strong easterly wind, made this by far the hardest i've climbed it. There was a couple of times i was tempted to un-clip and stop, but i knew that (a) i'd never get going again, and (b) i'd never hear the end of it so i battled on to the top for the 4 miles descent into Airton, peaking out at 40.5mph on this section despite the wind.

We stopped for breakfast at about half nine in Burnsall. TIP - Don't stop at the cafe on the right hand side (as you come in from the North West) where most seem to stop. Go to the cafe in the car park 30m up the road. The prices are much cheaper.

By this stage i started suffering. I'd been struggling with a cold all week and it was starting to bite now. I did wonder whether i'd be able to finish or not but i stuffed a couple lemsip tablets and within an hour or so, these seemed to help. With a heavy breakfast inside we all struggled on the next section. The climb out of Appletreewick to Greenhow isn't that tough, but it's exposed and with the wind in our faces we all struggled. So it was nice to get this out the way and drop via the very fast descent into Pateley Bridge, for another brief rendezvous with the support car. From Pateley Bridge comes the steep at the bottom, but then pretty gentle climb to Brimham Rocks before the winding trails through Studley Royal to Ripon after 77 miles, where we took a lunch of pies and pasties from the Greggs bakers on the market square. The stuff of athletes!

With plenty of flat roads ahead of us we then chain ganged it all the way to York taking in turns to do a mile at the front apiece. This got 30 miles out the way in pretty good time, to allow a photo opportunity in front of the Minster and a cafe stop.

We were now 108 miles into the route and give or take a couple of miles we would all now be in unknown territory distance wise. On leaving York we got slightly lost as there is a temporary closure of the cycle path heading out of the city, and the diversion route wasn't particularly well signed. When we finally got back on the route, we decided to opt for the A166 direct to Stamford Bridge which avoids the section of the official route through the fields at Dunnington, which we didn't think was particularly suitable for road bikes last year. This made up a bit of time, but it's 5 miles on a pretty busy road so not that pleasant. Back on the route again in Stamford Bridge before meeting the support car again in Pocklington after 126 miles. We probably stopped for a bit too long here as we were all a bit leaden when we got going again. The pretty steady climb out of Pocklington from Kildwick Percy to Millington was more challenging because of this than it should have been, or maybe that was the mileage in the legs starting to show. Last year, this climb on the second day offered little problems, but this year it appeared quite a bit steeper. Again, possibly not helped by a stiff breeze hitting us in the face coming down between the steep slopes either side of the road. This section also saw the only puncture between us all for the whole day, so not bad going on that front.

We then decided we'd only meet the support car once more for a brief stop in Driffield so that we didn't experience the same stiffness as when we left Pocklington. Whether the wind direction changed or the wind speed dropped i don't know, but for the rest of the route the average speed seemed to increase and we were now happy to ride along at 18mph without too much effort. The final climb out of Burton Agnes after 160miles seemed to be too much for a couple as they dropped back quite a bit, but we re-grouped and stuck together for the gentle downhill final few miles into Bridlington before arriving on the sea front at quarter past nine at night.

A fantastic day, and one of the hardest things i've ever done, with great team effort and camaraderie to get us all through it.

I would thoroughly recommend the Ivanhoe B&B in Bridlington. Very cycle friendly and didn't have any problems with our late arrival. Secure bike storage and a great breakfast.

Brilliant effort Paul, and especially coming back from injury and being slightly ill!

I have a similar epic ride planned for some future date - Scarborough-Blackpool in a day. I can easily get to Scarborough and back from Blackpool by train.

Makes the 4 day trip along the WotR with a Brompton i was involved with seem positively tame by comparison. Great write up. Thanks.

I can't believe that pies and pasties were purchased from Greggs in Ripon market square when there's Appletons purveying far superiour products...... 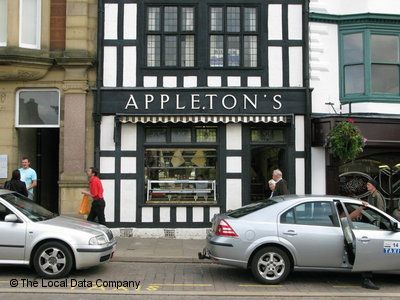 Great effort, I;m well impressed. I bet peaking out at 40 mph a bit twitchy after your accident?
OP

David_Daft said:
Great effort, I;m well impressed. I bet peaking out at 40 mph a bit twitchy after your accident?
Click to expand...

I definitely take it steadier on the down hills since, but that section is quite a long gentle straight downhill, so not technical at all. The hill i lost it on was quite technical. The steep and twisty descent into Pateley Bridge on the other hand is quite dangerous, and i went down there dabbing on the brakes all the way down.

Paul_L said:
The steep and twisty descent into Pateley Bridge on the other hand is quite dangerous, and i went down there dabbing on the brakes all the way down.
Click to expand...

That's Greenhow Hill/Bank there's been several bike crashes there. I almost lost it when I was applying my brakes and my handle bars rotated forwards. I managed to stop - only just and would have been grateful for several cigarettes to calm me down had I not packed the habit in.

Great write up, I'm doing it in a day this Saturday

I am doing this route in Apr next year with a couple of others however we are taking it rather more leisurely and doing it over 3 days and camping en route bit of a lads break really. But excellent job well done.

Well we made it.
Great route, and we had no problems following all the signs.
We left Morecambe at 05.30 and eventually arrived at Bridlington at 20.00 with an average speed of 14.2 mph
The climb out of Settle is pretty brutal rising up at 17% but once that section is out of the way there's just a tough bit towards Pateley bridge. As the others have said the decent is pretty dicey another cyclist sadly passed away on it a week or so ago after a collision.
You must log in or register to reply here.
Similar threads