I read it in my 'Yorkshire Post' this morning, over breakfast

A centre-right newspaper promoting the Tories in Yorkshire.

Why does everything have to be political with you, Marmion ?

Give it a rest.

Scoosh said:
Why does everything have to be political with you, Marmion ?

Give it a rest.

Berk on a Bike

The Guardian picked it up too http://www.theguardian.com/sport/2015/feb/05/yorkshire-world-road-race-championships-george-osborne

Berk on a Bike said:
The Guardian picked it up too http://www.theguardian.com/sport/2015/feb/05/yorkshire-world-road-race-championships-george-osborne
Click to expand...

Bloody Guardian, making everything political:
"Yorkshire has thrown its hat its hat in the ring with the backing of the chancellor, George Osbourne, who no doubt had May’s general election in mind when he said the Treasury would support the bid as part of the government’s long-term plan for Yorkshire." 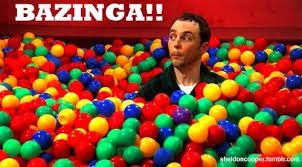 Marmion said:
Cos it is. Wake up.

Maybe it is but this is a cycling forum not a political one so we don't need politics rammed down our throats on here. If something happens for the good of our chosen sport then that's great and who cares about the politics behind it!

gds58 said:
If something happens for the good of our chosen sport then that's great and who cares about the politics behind it!
Click to expand...

Me. And so should everyone else; but if you think it's unimportant then you are free to disagree or not engage in the discussion.

I hadn't realised the thought-police had taken over the forum.

I see a political aspect to some stories - not "everything" is political for me despite what @Scoosh claimed above, if you look at my posting history then you'll find that; but never let the truth get in the way, eh?

As you can see from the Guardian article, I am not the only one who sees a political angle in the story.

The majority of my "political" posts are in the politics part of the forum, and fairly infrequent, but I have also engaged in highlighting what I think are political aspects in other areas - some people disagree with me, fine. I am imagining that scoosh's response was because he thinks there is either nothing political in the story and thinks that I am "overly political" compared to him, or that he supports the Tories and doesn't like people trying to disparage their leaders, or that I have in some way given a political view elsewhere which he disagrees with and he is using this thread to have a wee rant at me, or something else entirely; whatever it is, he is entitled to his opinion, and I should be entitled to reply

The fact of the matter is that there are political aspects to stories which to some appear "innocent" - open your mind, you'll maybe see them as well.

Location
Under the Edge

You want a moderator message @Marmion? Then you've got one.
Take this as an official moderator warning to keep politics out of this thread.
This is not censorship - by all means go and start a thread in SC&P to discuss whether nor not this funding for cycling is politically motivated. You've highlighted your opinion here, that is enough. If you want to discuss it with other folks who want to discuss the politics as opposed to the cycling then SC&P is the place for it.

Spinney said:
You want a moderator message @Marmion? Then you've got one.
Click to expand...

I didn't, not sure why you thought that.

Spinney said:
Take this as an official moderator warning to keep politics out of this thread.
Click to expand...

Just this one? Or is it a blanket ban on mentioning anything political unless it's in the politics sub-forum? You might be creating a lot of work for yourselves.

Spinney said:
This is not censorship.
Click to expand...

Anyway, I doubt this post will stay here for long, I'll move on.


User said:
...you were perfectly in your right to express your opinion, this is censorship no matter what the mods write...cycling and politics are very much intertwined always have been, always will be..
Click to expand...

I thought so as well, but obviously not.

The road championships would be good but even better would be the World Cross champs. I've seen them twice, in Birmingham and Leeds, absolutely brilliant days out, high time we had them back again.
You must log in or register to reply here.
Similar threads