It's gonna be mucky.

Went out for a hilly 20 miler earlier including climbing from Broadbottom up Chapel Brow and over Monks road then down into Glossop. thought I had better give my legs some torture before tomorrow......

I like Skol said:
Went out for a hilly 20 miler earlier including climbing from Broadbottom up Chapel Brow and over Monks road then down into Glossop. thought I had better give my legs some torture before tomorrow......
Click to expand...

Went out on Thursday and felt fine if tired from Oslo shenanigans. I'll open the tubes on the turbo tomorrow morning and I'll be as good as I'm getting.
F

Oh, you both doing Heaton Park ? Might have to pop along for a heckle ? Long hours there in Oslo Dan !

fossyant said:
Oh, you both doing Heaton Park ? Might have to pop along for a heckle ? Long hours there in Oslo Dan !
Click to expand...

Providing I an get my lazy son out of bed to get to work... he would have no part time job if we didn't run him.

Mrs Skol is making noises about coming to watch too so we could have a full on fan club entourage....

Just put the knoblies on so just about all set now.

Is it an outing for the pink club kit Dan?

I am not 100% clued up on how this works but I think finishing just after 40 minutes means I was lapped by the leader just before I crossed the line? Does this mean I narrowly missed having to ride a 5th lap?

I am not 100% clued up on how this works but I think finishing just after 40 minutes means I was lapped by the leader just before I crossed the line? Does this mean I narrowly missed having to ride a 5th lap?

EDIT: Looking forward to seeing the results.
Click to expand...

I was crap. Had reasons but no excuses. Wasn't even tired at the end. Back at it next week.

I was crap. Had reasons but no excuses. Wasn't even tired at the end. Back at it next week.
Click to expand...

Results are up. I'm happy with that considering the year I've had with the accident and then my leg nearly dropping off! Would have been even happier if I had finished in the top half. Maybe next weekend?

Round 6 at Welwyn, I did not have the best preparation as I was entertaining my Sister+husband for the weekend so had a couple of beers saturday night and large meal. The day of the race they wanted to come and watch and my girlfriend hosted them.

Well it was drizzly rain until we started to grid and then it persisted it down. My stomach was still feeling the effects of the previous evening so thought this was going to be a race not to remember. However the whistle blew and up the first hill I was making good progress much to my surprise. By the end of the first lap I had a group of 4 slightly ahead of me and the people behind were slowly disappearing backwards, and I was no longer feeling queezy. So now I basically knew I had to hang onto this 4 and I would probably get a good result. Also I had the pressure of a audience. By the end of the 2nd lap the group of 4 were still slightly ahead but I could sense a couple were weakening, then the weakest parted company and I pressed on and took him and then the same happened to another.

Coming into the 4th and second to last lap I got the 2nd guy and it was only a guy in pale blue with a massive beard left for me to catch. Suprisingly the guy I had overtaken previously, made a monumental effort got back onto both of us , overtook us gasping and grunting , I knew he could not last, sure enough he promptly blew up and we both swept past.
The guy in blue knew I was coming and whenever I got within 10-12 ft of him he surged. Into the last lap I got right on his tail going up a steep bank but then did 3 complete pedal revolutions with my rear wheel spinning in the mud and I had to put a foot down as I was about to have a clippless moment. He was away again!.
The pissed off feeling gave me the urge to chase him down through the last half of the lap. I knew the finish straight was very short and whoever got into the last U bend followed by a chicane would probably win. I managed to get right on top of him into the U bend with the idea of dive bombing him through the chicane into the last small bend but he resisted strongly so out of the chicane I had to take the long way round. I managed to get just beside him but he took the place. I was gratified to see him just about collapse afterwards to show I had run him really close. We shook hands on a good race.
Going back to the car I saw people washing their bikes in puddles and using pressure washers one guy put his bike in the boating lake to wash it. I went one further, there was swift flowing stream by the course so laid my bike down in it both sides and hey presto one immaculate bike.
The results came out and it was my best race by 5 places! . Still not top half but you cant change your genetics.
The next race is my favourite course of the year, its more of a MTB XC course than a CX course but I have always enjoyed it. The pain in the arse is my garmin 1000 ( which I did not dunk in the stream) lasted long enough to upload my ride but later in the evening decided it was not going to work at all and no amount of button pressing and charging would bring it back to life. Oh well another 80 quid to get it replaced on a out of warranty repair so a expensive day.

2 photo's, one should be entitled, I told you it was raining, and the other I'm coming for you! 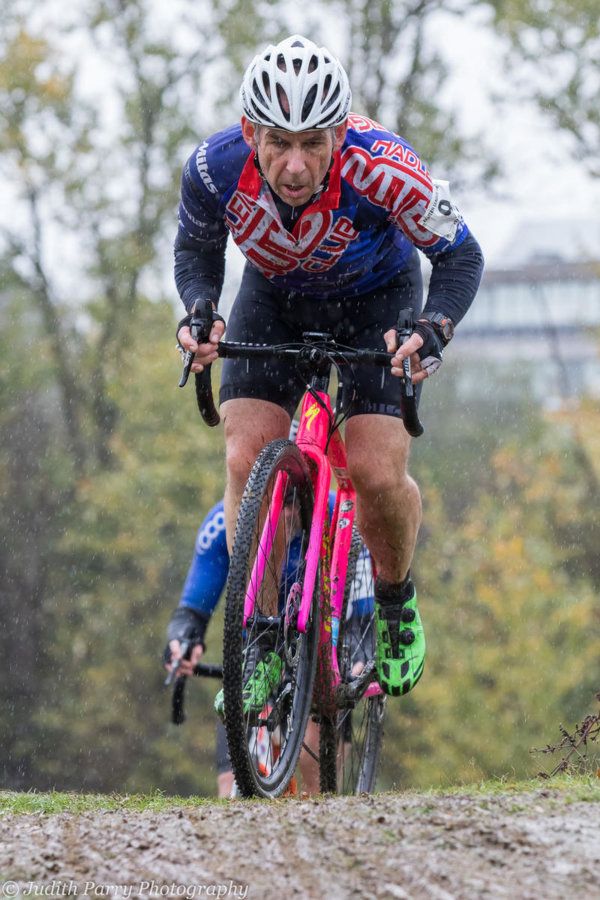 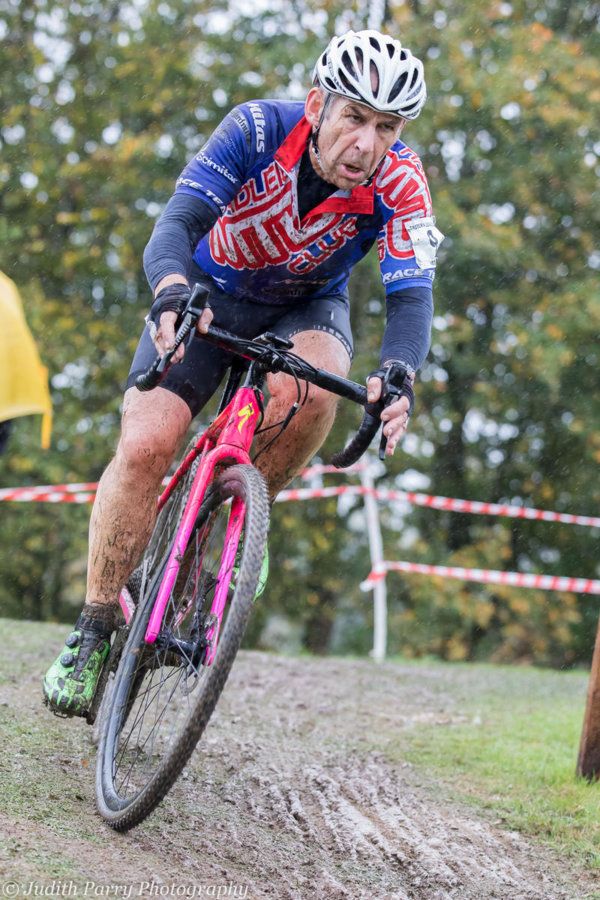