Ride opens for attempts at midnight 3rd June 2019, and closes on Midnight on the 28th July 2019, ride must be completed within that window for it to count otherwise you get the time of the slowest rider plus 5%.

A name that strikes 'fear' into the pro peloton, and is whispered in awe in the back of the team bus. Lance Armstrong in 2004 Said to the Gazetta dello sport

It's a terrible climb...it's perfect for a mountain bike. On the hardest parts, I was riding a 39x27 and I was hurting, really hurting. (Mortirolo) is the hardest climb I've ever ridden. My time up the climb? It's not important; I rode the Mortirolo to have some fun and ride with the 'cicloamatori'...there were a few raindrops, but it was a great day.
Click to expand...

It's featured in multiple editions of the Giro, Firstly in 1990 when it was stage 15, and the riders ascended the south side and descended down the west. Due to the steepness of the descent, and the CRASHES

the organisers decided to climb it from Mazzo in subsequent years! Although in 2017 stage 16 did the original ascent from Edolo, and was won by Luis Leon Sanchez The first rider passing the summit in the Giro wins the Cima Pantani, following the death of Pantani in 2004.

Look out for the monument to Pantani erected by the Italian Professional Road Cycling Association in 2006, it's at Km 8 on the climb

Relentless and unforgiving are probably the best words to describe the 13.07Km, 1314m ascent, at an average gradient of 10.6%, it sounds like it's much easier than it is, at times there are sections that ramp up to 21+%

2010 Edition Stage 19 of the Giro, Basso, Nibali, Evans and Scarponi (Among Others)

Please include your BRVR User/Display Name to give other riders pacers to chase if they so desire.
Last edited: 15 May 2019

@Aleman, do you have any new rides planned? Thanks!
OP

ibooij said:
@Aleman, do you have any new rides planned? Thanks!
Click to expand...

@SmP-62 noticed this already this morning and pointed it out to me. I've updated the league on the BRVR site. Many thanks @Aleman!
OP

I am sure that everyone will be pleased that my Love affair with Italy, has been satisfied, and I've ended it for this year.

@Aleman If you're still around could you update my ride 15 time please?
OP

Mugshot said:
@Aleman If you're still around could you update my ride 15 time please?
Click to expand...

Have done so ... Sorry for missing that one.

Aleman said:
Have done so ... Sorry for missing that one.
Click to expand...

Aleman said:
I am sure that everyone will be pleased that my Love affair with Italy, has been satisfied, and I've ended it for this year.

I think the BRVR guys (@ibooij & Co) are waiting for official announcement of new ride(s).

Have a nice day

Gets free watts from the Atom ;)

And can i add, you're not making any friends you know?

I think of all the rides so far this has been the hardest. Lots of pink .... slipping into 20%+ at one point for about 300 metres.

I notice you're not doing the rides yourself though @Aleman ...... scared of your own rides?!?

For those following me, good luck. It's going to hurt

Oi, who closed this ride?
OP

Oops premature, but with snow and hail, it is a wise precaution

Oh great, Not long got back off my holidays (Yorkshire has some bloody steep climbs. 33% for gods sake!). Had a tooth extracted and missed a league ride and now I've got to catch up on the Mortirolo. Just shoot me now! 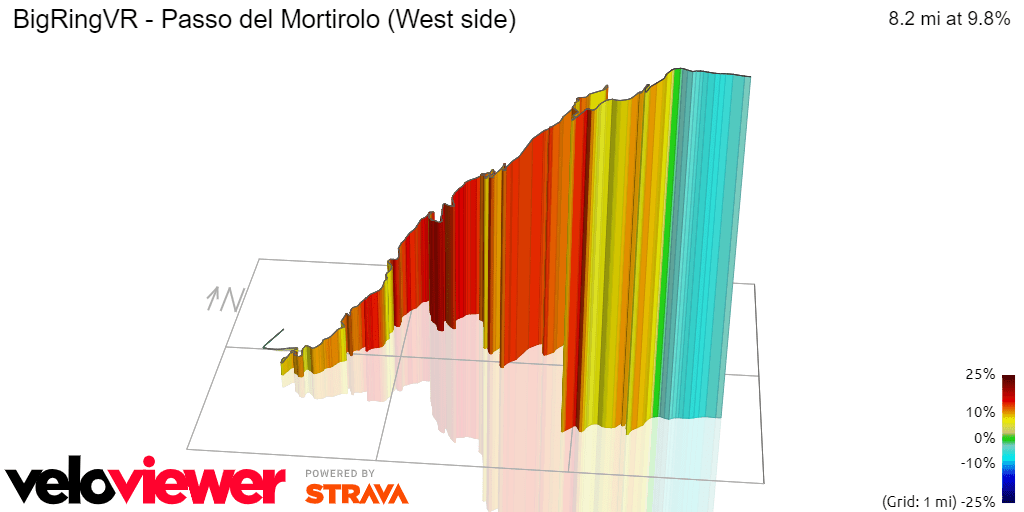 57:33 for me please @Aleman - assuming it’s still open?!
You must log in or register to reply here.
Similar threads