Whilst googling for the millionth time! I found a bike that actually looks like mine! The colour, the wrap around stays, the Raleigh decal, the spiderweb chainring, the fork lamp fitting. It's a Raleigh Grand Turismo GT250. Apparently, there aren't many bikes around with the wrap around seat stays. Then I found an old catalogue page, which shows what looks like, the male version of my bike. It states that there's a ladies version and a three speed available but, unfortunately, the crease or tear hides which model it is! The chainguard on mine isn't original, it didn't have one when I bought it second hand. Saw one similar to that one on the catalogue page going on ebay for £7. So I've bought it, but will need to paint it. There's another problem! Finding the colour! So, is mine a GT250, a Sprite or a Royale? 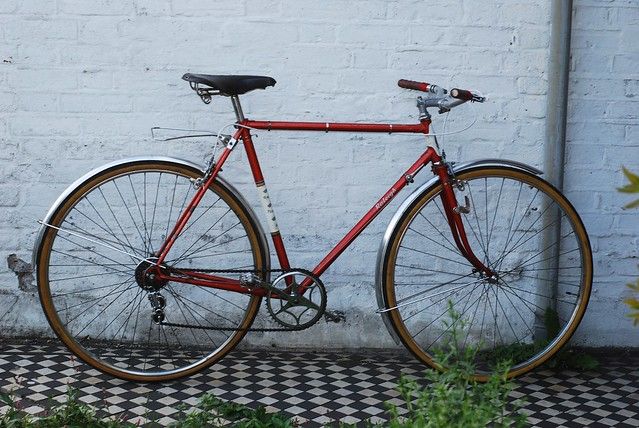 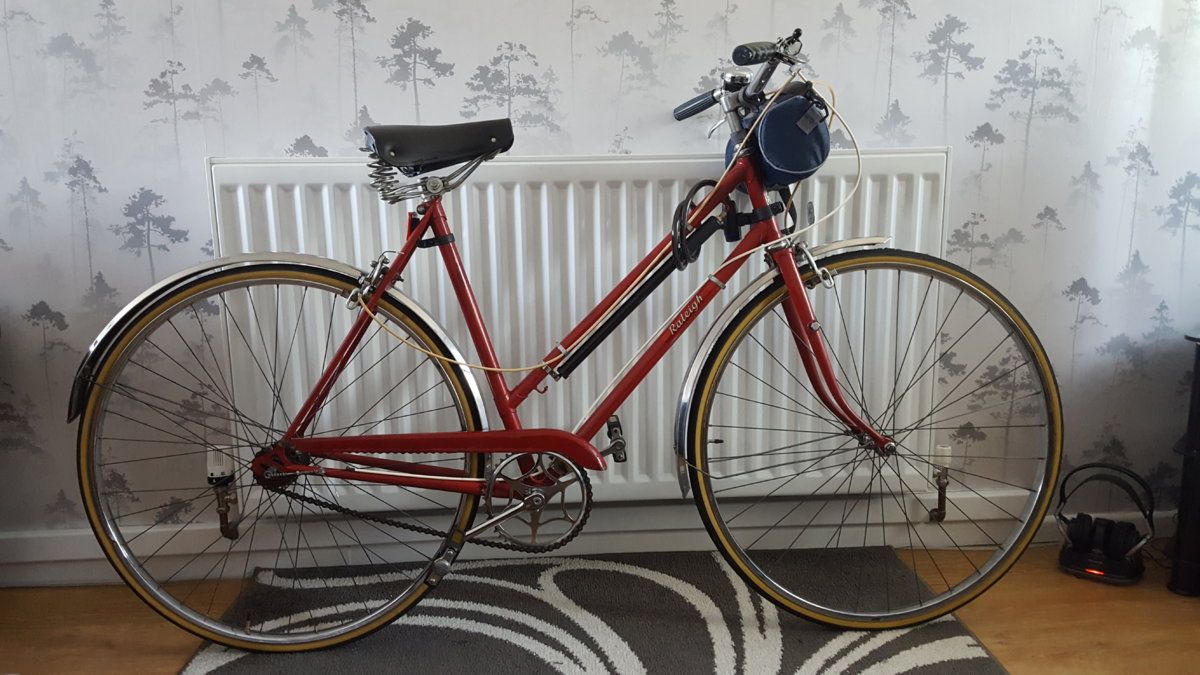 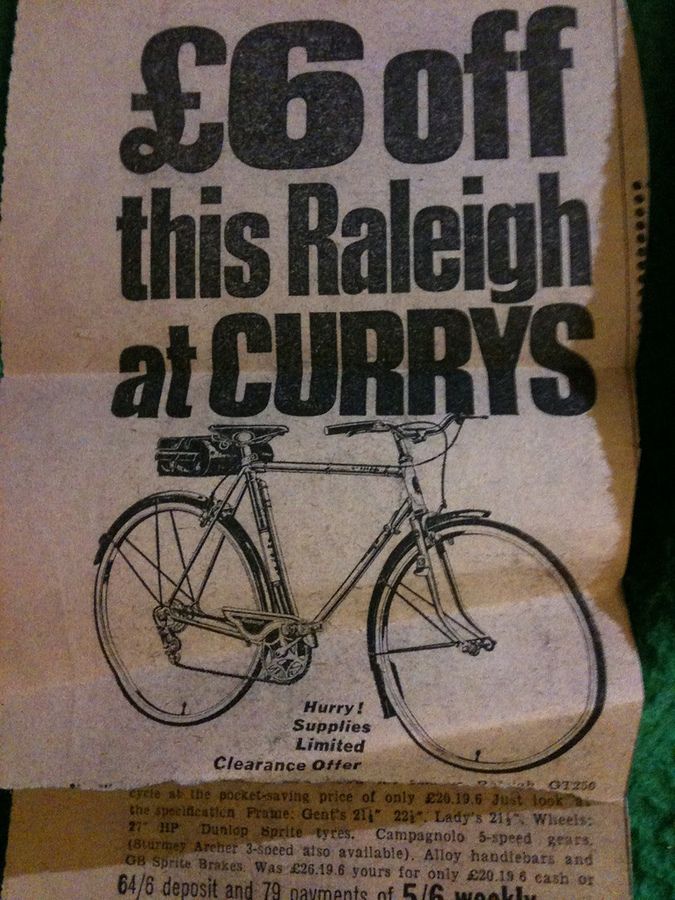 There is a GT250 for sale, looks very similar 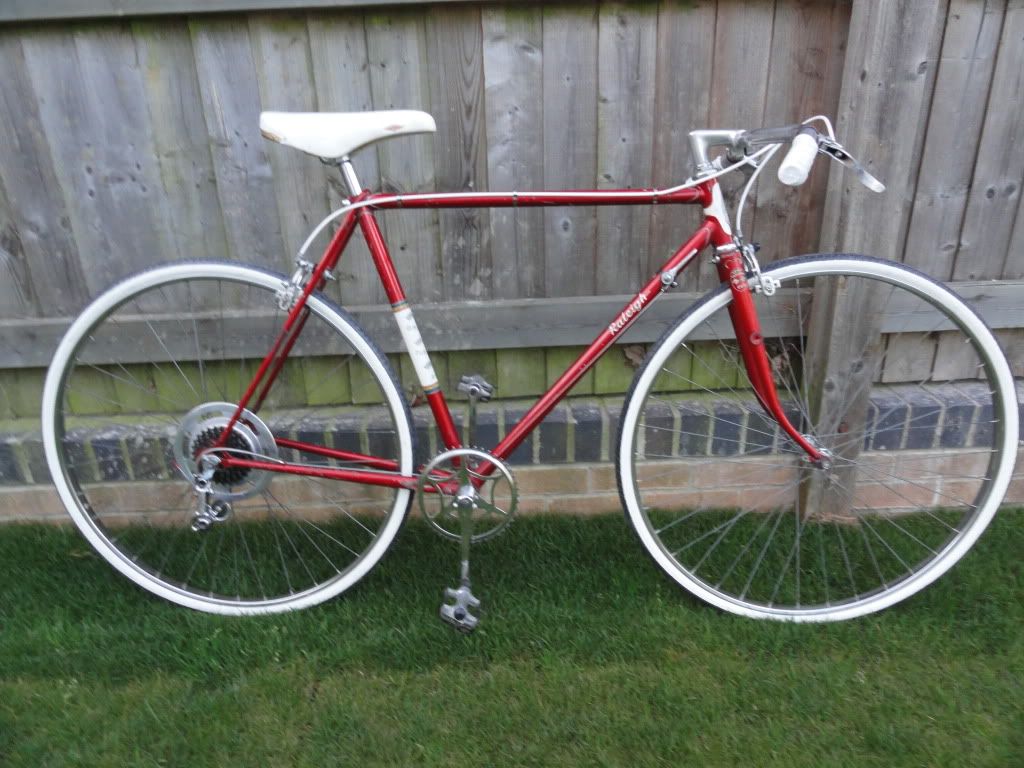 The wrap around seat stays suggests the frame was actually made by Carlton at Worksop, as does the appearance of the fork crown. Raleigh were not averse to mixing & matching parts from different production facilities!
If those brakes are Weinmann, they will probably have a year code on the reverse side that faces towards the frame.
OP

That's interesting as another member said it looks like a Carlton frame. The brakes are GB Sprite T91. The one thing that has puzzled me is the 3 speed SA AW hub. It only has two single digits on it both 7's. Everything points to late 60's, even the headbadge. The pulley isn't being used, as the gear cable is obviously not the original. It almost makes me think it wasn't a 3 speed originally? Unless the 7's mean july 70. Confusing! 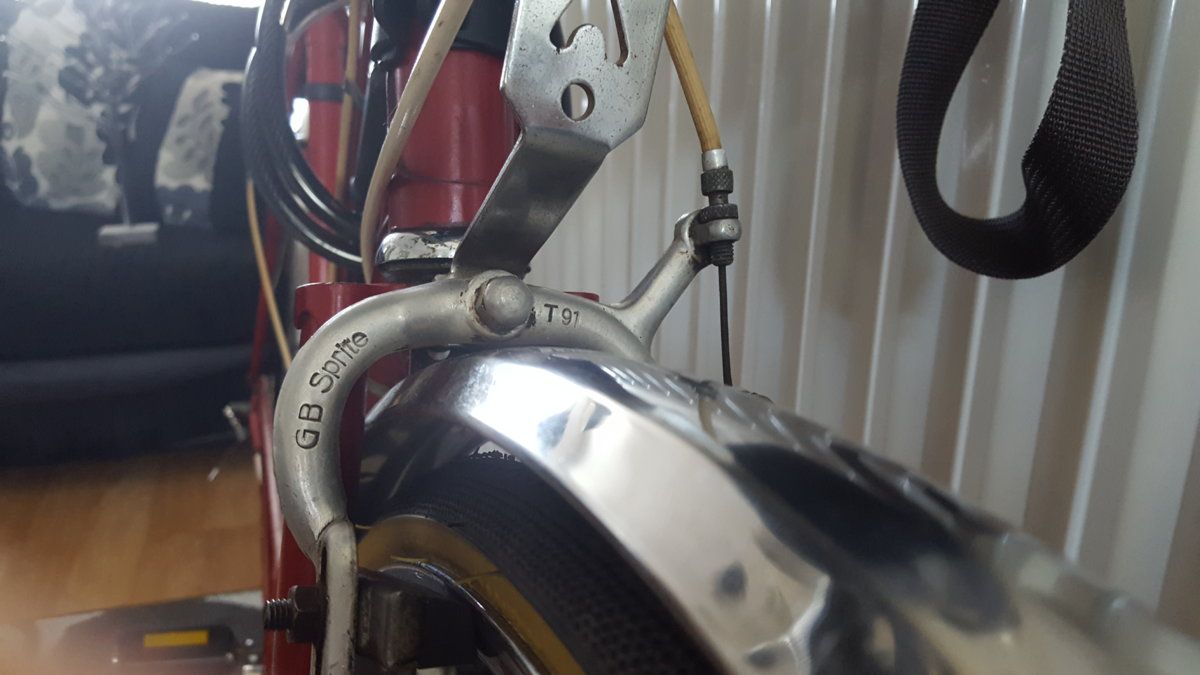 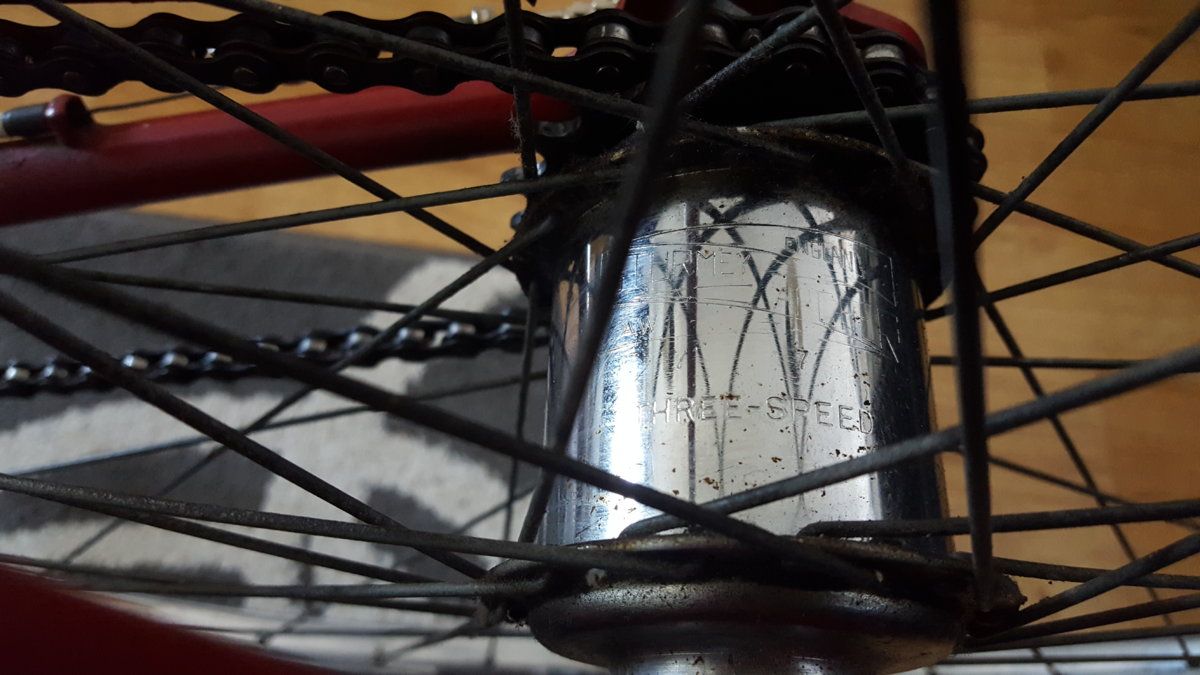 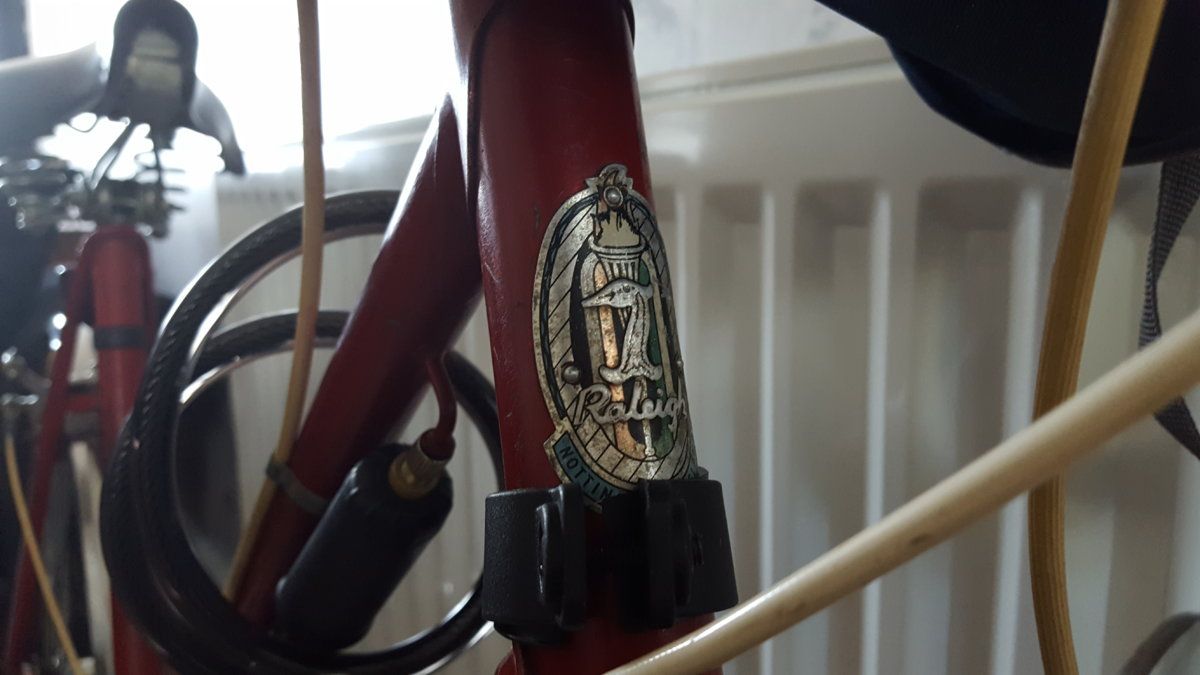 So *that's* what is lurking for sale at the recycling centre in Witchford! I knew I'd seen something similar on here with those seat stays and chain ring... Does require some TLC though.

Oh wow! That's the first one I've ever seen that has the pump on the top tube the same as mine. Thank you for posting this. I wonder if mine had those gears as I have the pulley at the bottom by the chainring? Do you think it's a GT250?

I'm not the person to ask, I'm afraid - there are heads here far wiser than mine...

It does look pretty similar though. Spotted it when I went to look at a BSA Javelin they had in, but which turned out to be too big.
OP

Okay, thanks anyway. It would explain the absence of the model decal on mine, as these bikes all seem to have that wrap around label on the seat post instead of the traditional decal, which looks like it would come off more easily over time. I might have something completely different to what I thought then! Curiouser and curiouser

. Shame about the javelin, just had a look - same chainring! nice looking in the yellow

Can't be helped - the perennial curse of being undertall...

Reynard said:
Can't be helped - the perennial curse of being undertall...

Oh no! Mind you, all the raleigh's I've come across similar to mine, seem to be big frames starting at 21 1/2"! Was everybody taller in the 60's! And, just when I thought the wrap around seat stays were a bit rare, I come across these! I've heard of the Royale but not the others. 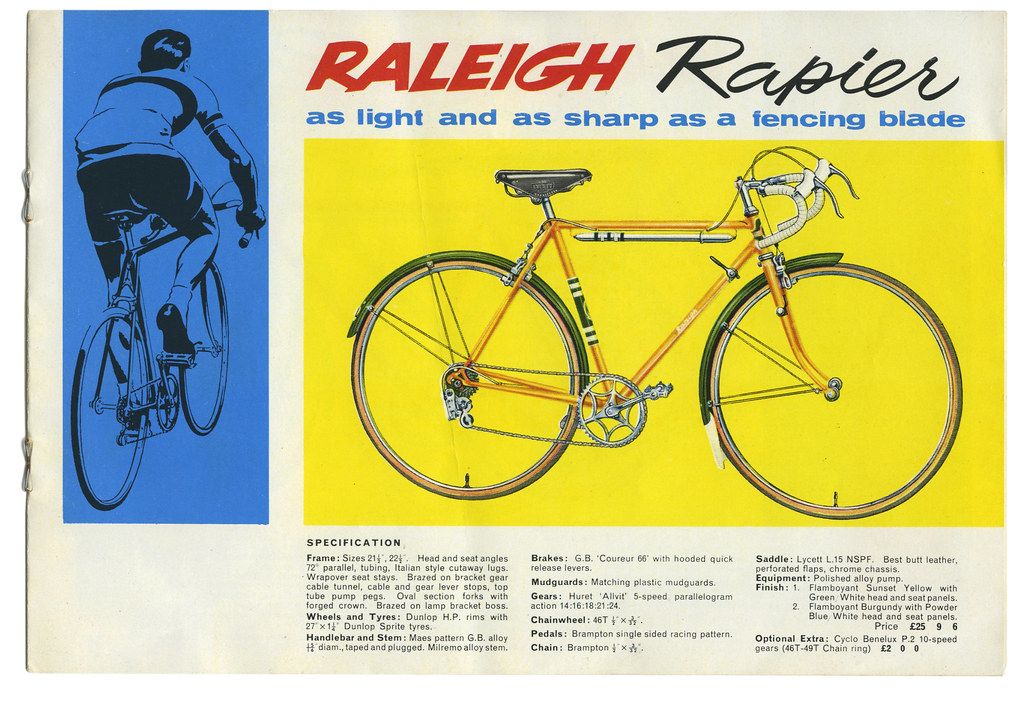 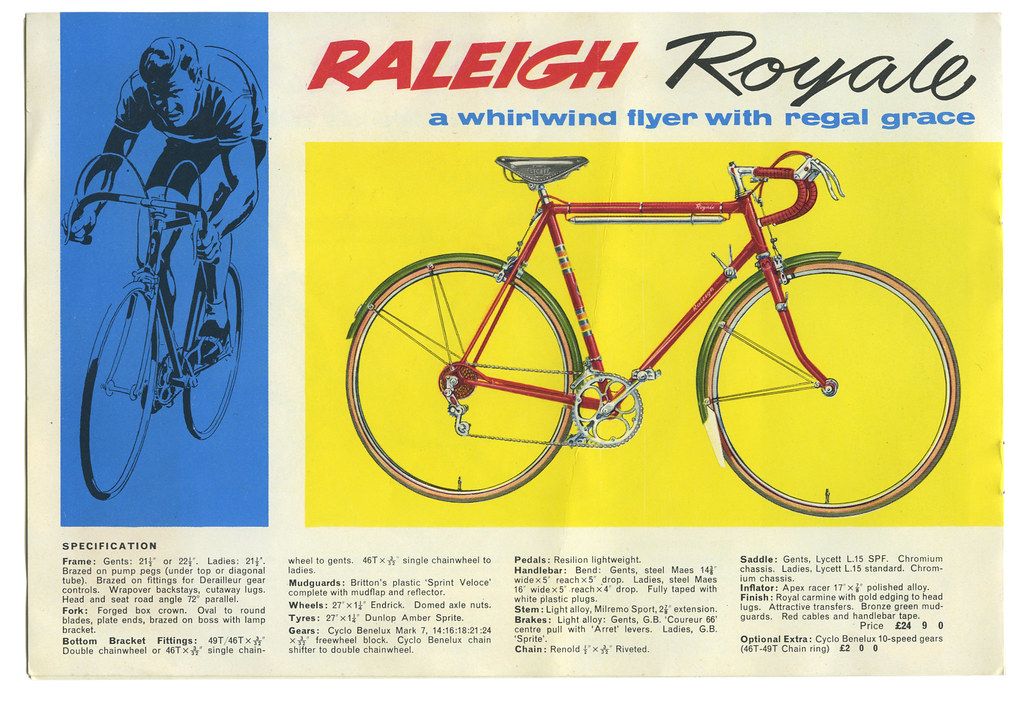 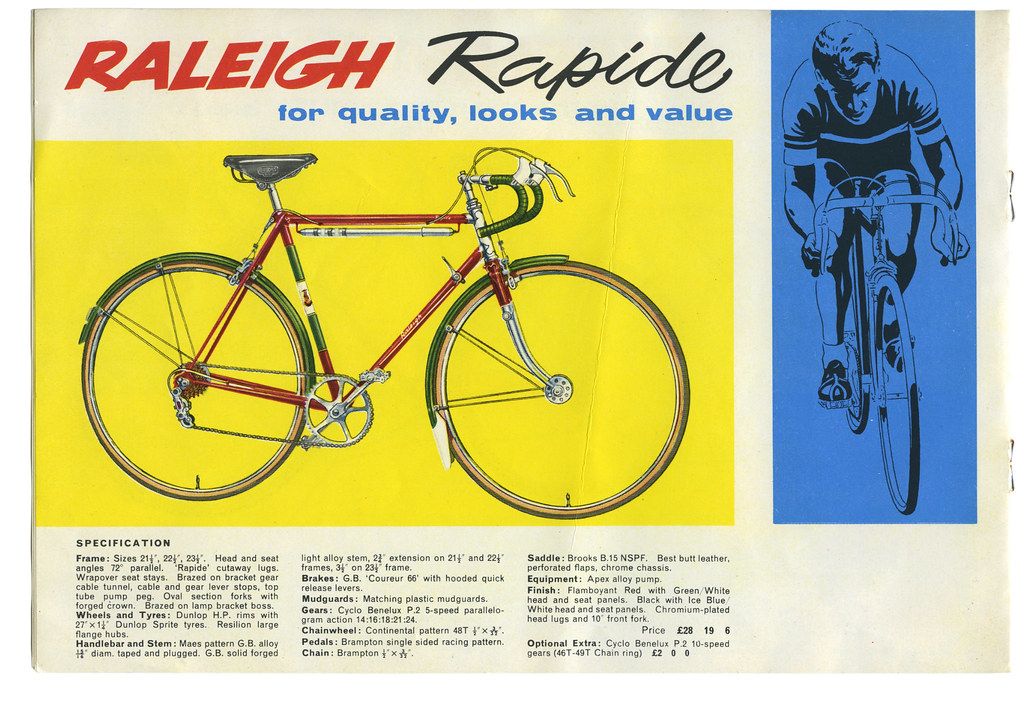 The BSA I was looking at is a 16 inch frame, which puts the top bar where I really don't want it to be...

Love those catalogues, though as a fencer, I'm not entirely the claim about the rapier is entirely correct.

(FYI, the fencing equivalent of a rapier is an epee, which is by far the heaviest of the three weapons used.)
OP

Oh I see! Tricky! My 19 year old daughters' 5ft (sorry!) and wanted a vintage bike but now she's at uni, she needs something suitable for the hilly terrain there! She's looking for 15 - 16" frames. Well, if I come across something nice for you with a 15 inch frame, I'll let you know. And I see what you mean about the Rapier, someone didn't do their research at Raleigh

It always makes me giggle when I leave either of my bikes in the racks at the station or in Cambridge - next to most, they look like they've been shrunk in a boil wash...

There are some good small framed 26 inch wheel hybrids around btw - for hilly, your lass will be certainly wanting a triple up front. Modern bikes with compact geometry and sloping top bars are so much more user friendly for shorter riders.

I really regret getting rid of my 1980s steel single speed, but at the time, I didn't have much of an option.

Well there's nothing wrong with standing out from the crowd, and at least it's easier to spot! Yes, thanks for the advice, she does need something to make it a bit easier as she has a hip problem, although it doesn't seem to bother her whilst riding a bike! Money's a bit tight but she definitely needs more than the 3 gears I've got! There's quite a few bike shops in the area, selling new and used, so she's gonna have a look when she goes back. Shame about the single speed but you never know what might turn up!

I have one of these as my do-it-all bike:

Though I lucked out and got mine secondhand from a fellow CC member. I have it set up with guards, rack & panniers and can't recommend it highly enough.

I'll find something vintage eventually. Am in no rush though, as I have two lovely bikes to ride as it is.