Advice for parent on the receiving end of fraud

My Mum (all but 80 and completely non technical so doesn't even use a mobile phone!), has been the target of fraud. Luckily her bank were fairly sharp and noticed that a cheque supposedly written by her for £4000 didn't match her normal signature so rang to check. So she asked why hadn't they sent her a replacement cheque book as she was all but out of cheques. So we know a cheque book has gone missing.

Now it's come to light that she has also had a letter from another bank just wanting to query her new credit card, as some details don't match by one character (she suspects her DOB as there is a historical discrepancy where her DOB isn't correct on official documents so she has to use one that's a few days out, whereas her medical records show her correct DOB. That makes us think that a letter from the doctors surgery has gone missing, and she's the age where she would get plenty of those. The letter from the credit card company talks of transferring £9000 balance from another card. We think that one is being sorted.

Now my Mum doesn't like to worry me unless she has to but I'm not sure she is doing all the right things to get it sorted. She probably only told me as she had to ring to say not to cash a birthday cheque that she sent one of her grandchildren as it would probably bounce. I know her bank are sorting out a new card and account for her and not paying out on the old one.

What else does she need to do?

Hokay, since the Banking Act came into force the banks are the victims, not your Mum, unless your mum has been in some way unusually negligent, so although it's a right Royal PITA she theoretically shouldn't lose anything.

Report it to the Royal Mail. It's unlikely the thieving scumbag who intercepted the chequebook will be caught, but they are an authorised prosecution agency and if they don't know about it they can't look into it.

And do an Experian type credit check, see what else out there has been taken out in her name. You can then write to any organisations telling them they've been duped.

Financial crime isn't really my bag, though I had one cross my desk recently.

Any contracts taken out in her name in recent weeks.
The ease at which official documents can be had is one that amazes me. Which means its more than likely official rather than medical records that have been used.

"I opened two accounts, with the same bank, seperate branches. Each time it was a quarter million in cash used. They'd used "my" passport as one means of verification.


It’s a shock to discover that your identity has been stolen and used to borrow money — and run up debts — in your name. Perhaps you’ve received a letter demanding payment for an account you didn’t set up, your credit card statement showed a series of unfamiliar transactions or a lender turned you down on the grounds that you haven’t been paying your bills.

If you don’t check your credit report regularly for suspicious transactions, research by Experian’s Victims of Fraud team shows that it takes an average of around 500 days to discover a stolen identity crime – and a further 300 hours to set the record straight. In the meantime, you could find it impossible to borrow what you need because your credit status has been trashed by criminals.

Here’s what to do if you suspect you might be one of the unlucky ones.
http://www.experian.co.uk/consumer/stolen-identity.html
OP

), and she thought it might be better to wait to see all the things rather than ask too early and miss something!!
OP

She won't have been near a website.... We sorted out all her computer problems recently (which isn't linked to the internet anyway, but she told us she hasn't turned it on since we fixed it at Christmas!).
OP

Can I report it on the website on her behalf?

summerdays said:
I mentioned doing a credit check but she seemed a little worried it would affect her credit rating (as if dodgy dealings wouldn't

), and she thought it might be better to wait to see all the things rather than ask too early and miss something!!
Click to expand...

Get it done as soon as you're aware of it. At this stage only a little may be known.

I've had the police recover my car, and have had them contact me to come and confirm its mine. A car dealership in Manchester, asking for the payment to be made or else. I'd recently purchased a new car from them, trading in my old one. Driving it away on the day.
Thing is I can't drive, so have no licence.

summerdays said:
I think the post office has been told.

She won't have been near a website.... We sorted out all her computer problems recently (which isn't linked to the internet anyway, but she told us she hasn't turned it on since we fixed it at Christmas!).
Click to expand...

Check event viewer, in front of her, to put her mind at ease on that part.
OP

She can drive but has recently surrendered her licence because of macular degeneration meant she didn't think she was safe to carry on driving. But I get your point that it could be for things we haven't thought of.
OP

classic33 said:
Check event viewer, in front of her, to put her mind at ease on that part.
Click to expand...

Event viewer? What do you mean?

Log on using her details. Or wait whilst the morning and get down the bank that cancelled the cheque and see their fraud officer, with her. They have access to the same systems as experian. Plus they will be able to alert other banks to the fact.
OP

She's up near London and I'm not! But I could ask her tomorrow whether she wants me to log it on the website for her, and do it with her on the other end of the phone.

summerdays said:
Event viewer? What do you mean?
Click to expand...

Its more to put her mind at ease, rather than have her thinking there's something she may have done 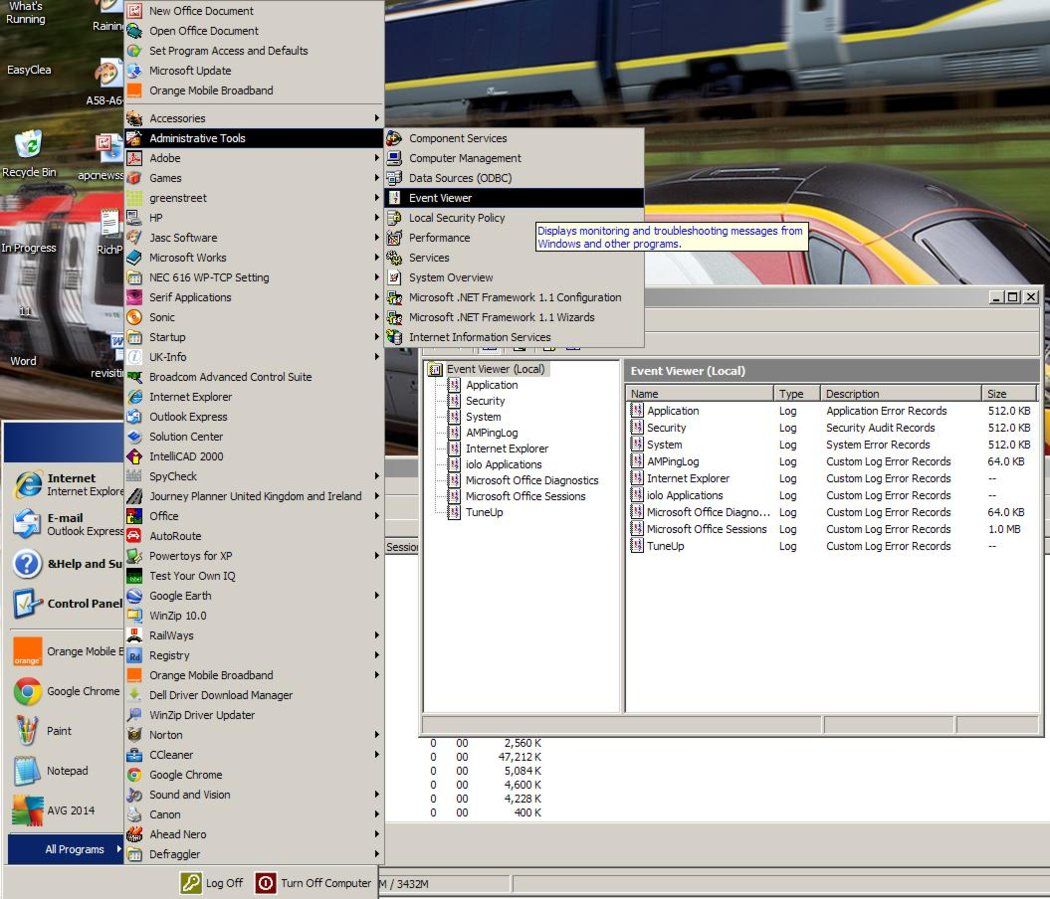 summerdays said:
She's up near London and I'm not! But I could ask her tomorrow whether she wants me to log it on the website for her, and do it with her on the other end of the phone.
Click to expand...

In that case do nothing, it will only cause further problems. They might even think that you are the one doing this, slowing things down.
Get her to speak with the bank, confirm her details and ask to be put through to someone that can actually speak to her about it. Her old account will remain open. But it will now be in the hands of the bank. This in an effort to track/trace the transactions. A new account number will be issued and they say destroy all documentation relating to the old account, but I wouldn't. Not until the bank have confirmed that it has been sorted out.

Next letter you get from a company, check the return address on the back. Chances are it'll be an address that has nothing to do with the company in question. Put the postcode through a search engine.
They just dispose of the mail that hasn't been delivered and has no return address. In theory.
You must log in or register to reply here.
Similar threads