When waiting in line with fellow knuckle draggers at Aldi to pay for your cheap cycle gear, on no account look at a twin pack of these by the till: 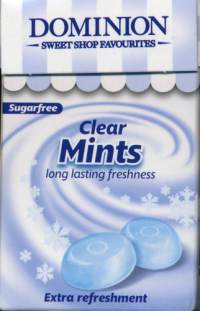 and think "hmmmm - two small packs of mints, they would be nice to scoff in the car". Don't add them to your pile of shirts. Just walk away and leave them be. I didn't spot the sugarfree logo and have now experienced the effects of sucralose on my intestinal tract for the first time. It was not a pleasant experience. Not at all.

I looked up the side effects of sucralose and all I can say is that, at least on my particular digestive flora, they are severely understated and rather fast acting.

To make it worse, the mints are a twin pack. While eating half of the second pack some time later, somewhat mystified by my earlier experience, I looked at the label and light dawned, but too late. Half a pack turned out to be easily enough for a repeat performance.

[edit] I may be hasty in blaming sucralose as it is a secondary sweetener in these mints. Looking at the ingredients, the main one is isomalt, which has the same side effects.

vernon said:
I eat sucralose with impunity.
Click to expand...


I gather the effects are restricted to "some people" and it depends on the nature of your gut flora as to whether they happen at all. I appear to be one such person

It looks like you are one of the unlucky ones with an intolerance.

Good old sugar is quite good. Oh heck, that artificial stuff is nasty
You must log in or register to reply here.