christmas stops for everyone

Over the xmas period I was washing the bike when I hear a squawk in the tree above me, I looked up to see a green parrot like bird. I watched it till it flew away only to see there was another 2 more in hte tree that followed, so I proceded to ring the RSPB to see if they are lost, only to find that thay had shut for xmas. I don't see the point calling them now as the birds are likley long gone

There's places in London and the south where green parakeets have become 'native'. They have bred so well their numbers are increasing by 30 percent a year. Sometimes flocks or more than a of dozen or so are seen together.

I think if you are really worried about them, then the RSPCA would be your first point of call rather than the RSPB, but don't be surprised if they are far from bothered about a sighting of what in some areas is becoming one of our commonest British garden bird.

I think if you plot the increase in numbers of green parakeets against the posts about the BBC on this forum you will see that it's Al Gore's fault.
OP
OP

in that case I'll leave it alone. I didn't know they was being breed for kebab shop meat like the pigeons were 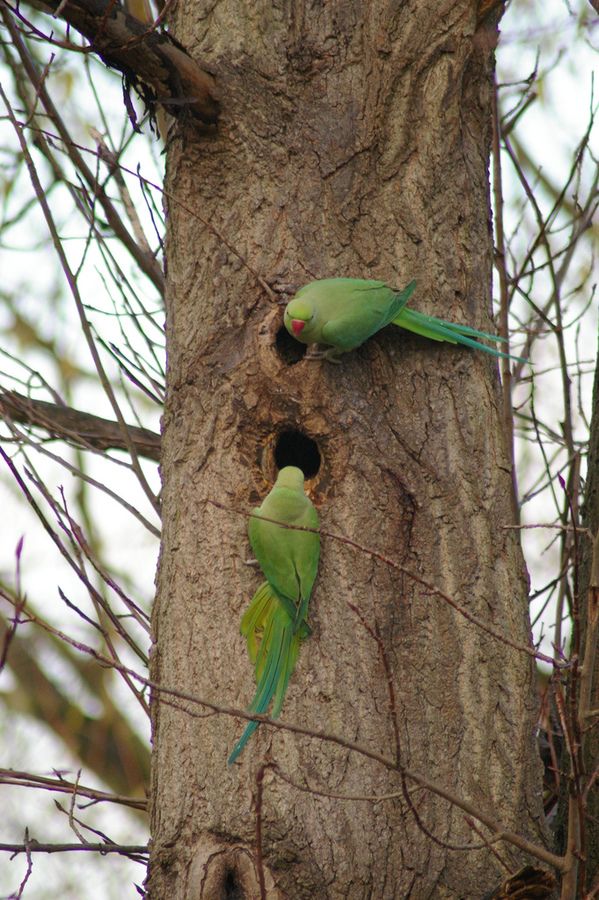 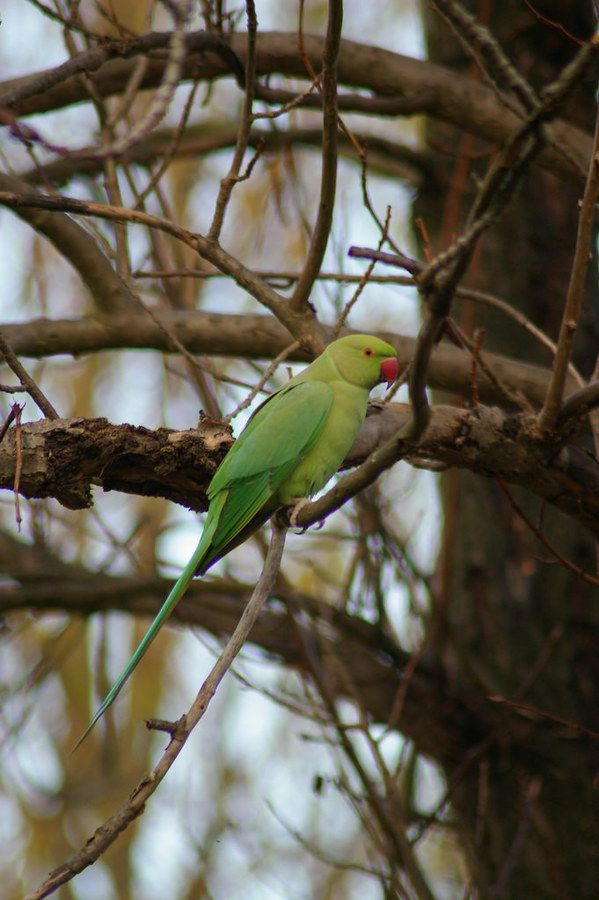 Parrots in the south of England?

Softy southern poofs! We only get penguins up here in Lancashire.
OP
OP

Laurence, thats the ones I saw. 3 of them together

walker said:
Laurence, thats the ones I saw. 3 of them together
Click to expand...

if you're ever in Richmond Park you'll see loads of them... it's one of the areas where they first bred and settled.

rumour has it they either came from...
a) a film set in shepperton studios. some escaped and managed to survive.

they were the pets of Jimi Hendrix and were released when he died, they then managed to settle and breed.

they settled in the escarpment between richmond and ham where the weather isn't as cold. after a few years they had adapted to the weather (although the species are from the Himalayan foothills of India, so should be used to a bit of cold). there are now thousands of them across southern england and have even been sighted in scotland. they prefer wooded areas, so southern england is ideal (along with the weather). there's a massive roost of them in Esher and there have been calls to cull them - although there is no evidence they have caused any problems with native species.

they make a bit of a din, but are lovely looking birds. visitors to the area, especially richmond park, think they've seen something rare, but to us natives they're now part of everyday life.

cheers. despite being noisy and numerous, the birds can be quite shy. they also tend to roost on the top of a tree, so getting shots is tricky.

laurence said:
rumour has it they either came from...
a) a film set in shepperton studios. some escaped and managed to survive.
Click to expand...

I'd love to see parakeets though. I should get down to this Richmond Park place sometime...

Rigid Raider said:
Parrots in the south of England?

Softy southern poofs! We only get penguins up here in Lancashire.
Click to expand...

We're closer to having wild penguins down here in the south than you are in the north as penguins are only found in the southern hemisphere*.

*Unless they're covered in chocolate.

Doh...scuppered... Rigid Raider.... so long as the tropical spiders that are supposed to be quite happy on the south coat don't come up 'ere..... I'm happy.....

Beautiful birds those....
You must log in or register to reply here.

Christmas isn't fun for everyone

MERRY CHRISTMAS EVERYONE ON CYCLECHAT