Assuming everything goes as planned, in a couple of months I will be moving from New Zealand to London.

I (re)started cycling a year ago, and really enjoy it. I mostly cycle for exercise, and have done one 160km sportive. Cycling in NZ is quite fun, with a good selection of hilly terrain.

Ideally, I want to continue cycling in London. The problem is that I will be working in the City and will live somewhere in Zone 1-2. I am mostly interested in cycling for exercise rather than simply commuting, and from memory (I lived in London when I was a student 10 years ago), central London is not a good place to cycle.

Are there others here who are in a similar situation in London? Have you found a way around the traffic and other problems associated with cycling in the city? Are there any good parks in London which are cyclist friendly? Or do you take a train and get out of London for a day of cycling? Finally, are there any cycling clubs in the central London which do bunch rides?

It's been near on 8 years since I cycled in London and things have changed hugely in that time. The number of bikes on the road now is phemoninal. You're as much at risk of an incident with another bike as a motor vehicle! It does look daunting but, like many things, you get used to it and it can be done safely. It also seems to me that cars etc are both more aware of and courteous to bikes. There are always going to be dorks (in cars AND on bikes) but that just goes with the territory and it's best ignored, don't get drawn into it. It doesn't sound though as it is going to satisfy all your cycling needs.

There are many clubs in London, of different types. Depends specifically what you're looking for; nose to the handlebars chain gangs to Sunday pootles. London is easy to get out of. A simple train ride can get you to fabulous cycling country within the hour. Or you can ride out, Sunday mornings are not quite so manic on the roads.

I live and work just south of the river in Zone 1 and enjoy mixing it with the traffic. Cycling is a great way to explore the city and get your bearings and you'd soon find routes to suit if you decide to commute.
Depending where you live there is some good cycling to be had into Kent or Surrey to the south (and you can cycle into well manicured countryside within an hour from say Tower Bridge)
There are some good cycling clubs.
If you're north of the river Islington CC is a newish club with a lot of members and seems cool. I know they run regular training rides around Regents Park and get out into Essex and Hertfordshire on club runs.

I live in SE London. From central London it's only an hour or so of riding to get out into the country, some ways are better than others. For example heading East can be a bit yuk but south and SE are ok.

Cycling in London itself is a lot of fun. I commuted into Central London for about 15 years and I actually preferred that to my current suburban route.

And of course you can join the Sunday London Ride organised in Informal Rides on here. It used to be every week but I think it's now the second Sunday of the month

On the [admitedly very few] times I have ridden down there I found some of the cycle couriers as dangerous as the cars - maybe more so as you sort of expect lunacy from drivers / cabs / buses somehow - maybe things have changed but I doubt it.

Btw, I used to ride with Central London CTC. They offer a choice of rides according to ability/desire and are of a more sociable than sporty disposition. The 4 star rides can shift a bit though, if that's what you want!

Yes, I agree with Yello that cycling in London has been transformed over the last few years. Though many of the roads are narrow and crowded, traffic generally isn't going very quickly and is very start-stop. Ever more people have turned to cycling as a ''slower'' form of transport that gets you there quicker because of the cyclists' ability to filter past traffic. The bike is a very feasible means of getting reliably to and from work with a bit of exercise thrown in, and London has the advantage of being mostly a river basin so lots of it is flat.

Cycling out of London can be a pain, so a train (or a local cycling buddy's car) to somewhere out of town works well for a ride and there's plenty of short, very sharp climbing territory in the surrounding countryside.

Clubs? No idea. There are lots of cyclists going round and round in Richmond Park (SW of central London) and, probably to a lesser degree, in the flatter, central London parks. If it's a Royal Park, there may be 20 mph speed restrictions applied to bikes. I'm not sure how legally sound the occasional prosecutions are because I know that they tried enforcing the limit in Greenwich Park (SE London) but discovered that they didn't really have a strong legal case for charging people - something to do with the definition of a mechanically propelled vehicle.
M

Cycling in London is awesome. Also usually not far before it quietens diwn. Depends where you'll be.
OP
C

Thanks for responses everyone! It is good to know that things are not as dramatic as I imagined them to be!

I assume bikes are allowed on trains in the UK? Will people look weird if you bring one in?

chubbo said:
I assume bikes are allowed on trains in the UK? Will people look weird if you bring one in?
Click to expand...

People will look weird whether or not you bring a bike onto public transport; that's just the way people look over here. Have you never seen a typical London resident? 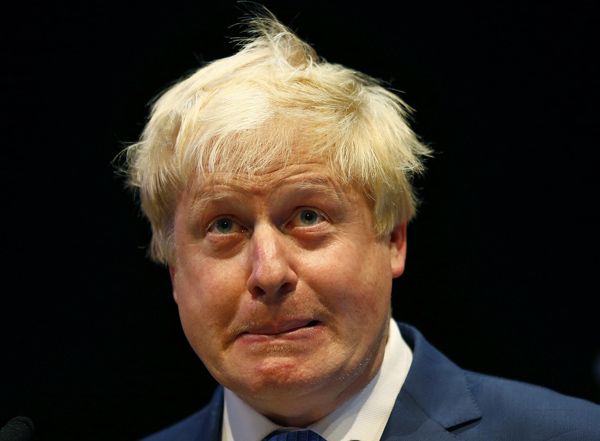 anothersam said:
People will look weird whether or not you bring a bike onto public transport; that's just the way people look over here. Have you never seen a typical London resident?

Maybe I should try one of the Boris Bikes.

Don't be in the least bit scared. London traffic is incredibly slow and it's used to mixing it with lots of cyclists.
It's incredibly good fun to ride here.

Maybe I should try one of the Boris Bikes.

You should. They 're excellent! Cycling in London makes you realise what a great place it is - and the bike really shrinks the city.

It's fine until you get knocked off and quite badly injured as happened to me. I still ride in central London, but not now in rush hour. The mix of hundreds of bikes, many ridden aggressively or unpredictably, plus motorised traffic (especially buses and taxis driven by psychopaths) scares me

that's my experience before I get flamed!

vickster said:
It's fine until you get knocked off and quite badly injured as happened to me. I still ride in central London, but not now in rush hour. The mix of hundreds of bikes, many ridden aggressively or unpredictably, plus motorised traffic (especially buses and taxis driven by psychopaths) scares me

that's my experience before I get flamed!
Click to expand...