Cycling less at the moment and feeling unmotivated

Hi and hope you're all well

I don't know about you guys and gals but, my cycling miles have taken a serious nose dive these last couple of month's.
Every night after work i would cock my leg over the bike and go exploring the countryside, but recently it's just not happening.
Work has gone ballisticly busy and with a lack of staff I'm constantly running around like an headless chicken trying to keep on top of it. This has had a knock on effect of having absolutely no energy left in the evening to get out there on the bike. In fact some day's I've gone to bed literally an hour after finishing work because I'm so knackered.
When the weekends come I'm then spending time catching up on the neglected house hold chores, keeping me away from my bike. Because spare time is short I've started eating unhealthy. Grabbing food on the go from petrol stations ect is not the ideal thing and realise this has got to stop before my six chins and five bellies make a unwelcomed return !!!!
I've also gone through a period of around 4 weeks, where my energy levels have been non existent. Just the other week i literally slept the whole weekend with just the odd hour being awake.
The odd times I've managed to get out on the bike have been amazing though. You can feel your whole mood lifting as the miles clicked by.
Obviously i don't want this situation to continue and hope things will change soon, where as i can get out there again and enjoy cycling fully, otherwise I'm going to have to make some changes in my work life. At one point when i was feeling so drained I was considering going to the doctors to see if ive got any underlying problems, because it got that bad.
Anyway enough of my "me me me" ramblings and hope you've not been in the same boat as me, but please tell if you've been through the same situation as me.
All the very best,
John

I would suggest fixing the work issues where you possibly can. I had episodes like this in the past. Even If I pulled myself to cycle, I ended up with no memory of stretches of the route that I have taken as I was thinking about work and what the next day holds. I stopped cycling altogether as it became a safety issue.

There was one year I went to work an hour early just to sort my work so the later part of the day does not drag me under. It did help as the office was quiet at the hour and I got a lot done. My cycling improved. However on other occasions, I sought refuge using my trainer.

One particular episode I rekindled my cycling interest by building up a new bike from frame and fork up. That helped immensely.

There can be periods where the cycling gets impacted. Either motivation or energy wise. It’s a bit catch 22 after while. As above try and sort out the work issues. Running round like a headless chicken is no solution.

With cycling or indeed any hobby. It is the routine that keeps you at it. Try and get the cycling back into a routine even if the rides are shorter than you’ve been used to.

Is this your own business? It must be difficult working to cover others who are missing, I`ve done it myself before I retired! I always thought it best to work to live rather than live to work. My Dad was the opposite and he was always knackered. You need time to yourself, work is a means to an end only as far as I`m concerned.
It`s good to see you recognise possible underlying health issues, even if this isn`t a problem at this time. But do take care. Your health is everything!
"Me,me,me" Nothing wrong with thinking about yourself and talking about yourself is what we all do here one way or another

My mantra for many years has been, "always put off until tomorrow what you KNOW you should have done today!" It works

And if you really want help, youtube the song below by Francis Dunnery.

I feel a bit similar at the moment as unable to get out on my trike for a variety of reasons. Once out the mood changes as your’s does. Just want to sleep.
Perhaps something to do with changing seasons and wanting to hibernate?

johnnyb47 said:
At one point when i was feeling so drained I was considering going to the doctors to see if ive got any underlying problems, because it got that bad.
Click to expand...

I knew a chap who worked 7 days a week and around 80 odd hours regularly, sometimes nights. He ended up having a stroke and forced him out of work anyway. He was in his 40's. Those of a fit and able working age have got to work of course, but it is always wise to be conscious of health concerns relating to overworking...
OP

Thanks for all the kind messages and good advice given. Just turning in to get some sleep whilst watching some YouTube vids on cycling. The weather is looking pretty good for tomorrow and I'm planning on going out for a Sunday ride out.
All the very best

johnnyb47 said:
This has had a knock on effect of having absolutely no energy left in the evening to get out there on the bike...

The odd times I've managed to get out on the bike have been amazing though. You can feel your whole mood lifting as the miles clicked by.
Click to expand...

Although my experience is not as extreme as yours, I recognise some of it.

Can't imagine going out, but feel great once you've done it.

johnnyb47 said:
Work has gone ballisticly busy and with a lack of staff I'm constantly running around like an headless chicken trying to keep on top of it.
Click to expand...

Ultimately getting the work/life 'balance' is something we all have to struggle with at times!!

I love my job, but recently its been utterly mad, and most the madness is down to me taking up additional work that I didn't need to do was interested/volunteered to take up.

However when you end up running around like a headless chicken all productivity goes down as you simply cannot see the wood from the trees.

The last week I have FORCED my self to commute to work on pedal bike more, to give my self time to not think about work. This weekend I've made sure am not even going to open the work laptop..been successful so far.

Good luck with getting the balance back, I came home to my daughter doing an impression of 'Mr Happy' last week, a great reminder of there is life beyond wokr!!....Frankly if life was all just about work it really does become tedious, if cycling is what you miss go and find time to do it 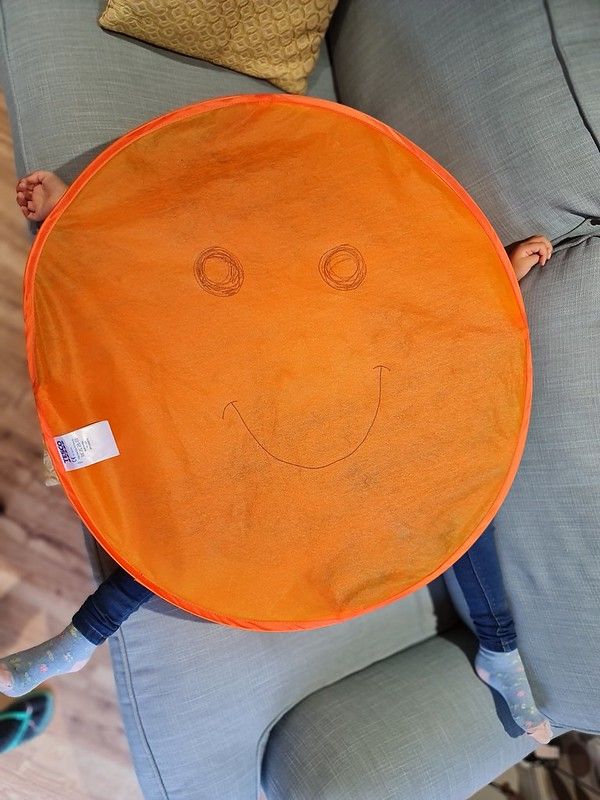 You’re not alone with this, I’m finding myself in a similar situation, work is busy, and involves a lot of travelling, I was issued a new van in the middle of August and it’s already showing 6100 miles on the clock, we are looking after an elderly parent, my wife isn’t in the best of health herself, and I feel as if I’ve got too much to do and not enough time to do it in, the gravel bike was cleaned, lubed and tyre pressures checked, lights charged, after cutting the grass (hopefully for the last time this year) delivering the shopping to dad’s sorting out some jobs for him, then back home to watch the RL grand final, and yet this morning I woke up still tired and just couldn’t face going out on the bike, the amount of miles this year has fallen off a cliff, and I can’t see things improving anytime soon.
Edit
I’ve also been troubled with a frozen shoulder, and all the pain that goes with that too at the beginning of the year, managed to get a cortisone jab in late June, but up to that point the lack of sleep was really debilitating and cycling was the last thing I needed, did keep giving it a go, but it didn’t matter if it was on the MTB with straight bars or a drop bar bike the pain was dreadful, which hasn’t helped in getting out
Last edited: 10 Oct 2021

Might be worth having a health check up, if you can.

Hi
i feel your pain, I went through a similar loss of mojo a year or so ago. I have a busy demanding job and I’ve realised that looking after yourself is key to generally being a better person, professionally & personally. If ‘looking after yourself’ involves riding your bike then you must find time for it. For me, my commute puts me in a better frame of mind for the whole day - it’s really worth it, make the time & put yourself first & be honest with people why you’re doing it. Many will respect your self awareness and fully support you.
OP

Hi again,
I managed to get out today and do 40 miles. Getting all the weekend jobs done early, i suited up and dragged the bike through the front door ready for a tour around the countryside. With wall to wall sunshine it was great to get away from it all and enjoy some fresh air. After 35 miles i found a nice quiet pub and enjoyed a pint whilst watching the world go by (why does beer always taste better after a bike ride).
When out enjoying my jollies, i tend to think things over in a much more positive way. You see that the world is a lot bigger than you, and taking that time to stop and look at nature puts things onto perspective.
Just having a few hours of cycling today almost feels like having a week off work relaxing mentally wise.
As many of you have said in the above posts we've got to learn to have a healthy balance in life..Obviously we have to work to earn a crust, but we shouldn't have to run ourselves into the ground to keep our heads above water.
This week I'm going to take a long hard look at my job and see what I can do to stop me running round like the "Headless Chicken" that I described myself in the opening post....
Thank you all for of your help and good advice,
Very much appreciated

"Edit" what's happened to Strava today. I went to upload my ride and it was having none of it