I had a crash in a race a couple of weeks ago, and this evening I was swapping cassettes over between wheel sets and noticed this bent spoke on my open pros.... 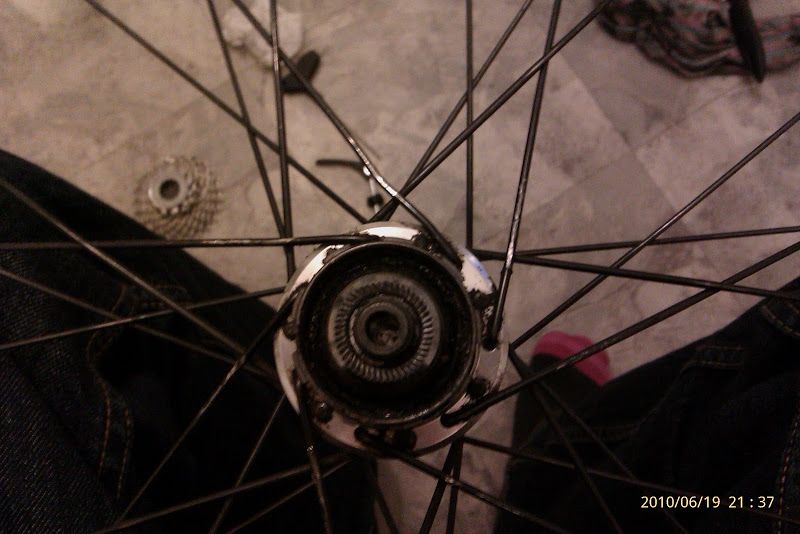 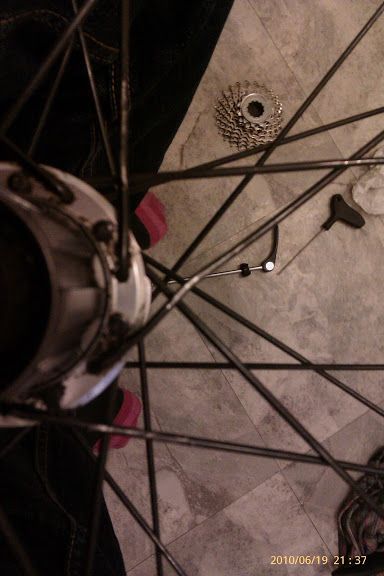 is this a serious problem? I have already managed about 200 odd miles on the wheels since then, but it doesn't look great, advice appreciated.

If you have the time & the skills to replace just that one spoke and re-true the wheel then go for it. Otherwise I'd be tempted to leave it as is.

It happens when the chain shifts over the top of the large sprocket and drops down between it and the spokes.
When I've done it, I've just ignored it and nothing has happened.

Looks like it was damaged by the chain. If it were me though, I probably wouldn't take any chances and replace the spoke while I still have the bike stripped down and I am in the comfort of my own garage, because at some point it is probably going to let go and need replacing anyway. Replacing spokes at the side of the road is a nightmare.

There was this bloke who had a leaky pipe in his roof. It was only a small drip drip type of leak, so he just ignored it. He now has to have major structural work done to his house because of this small leak which he could of fixed and avoided all the big expense.

Although the worst that can happen is the spoke breaks which would probably put your wheel out of true. It could break while you are racing, having to retire because of a preventable mechanical failure is no fun.

I bent a spoke a few years ago and I think my LBS wanted £7 to replace it plus the price of a spoke. You've got the job, mate. The wheel lasted about another 4 trouble free years of off road abuse before I wore out the rim and it split.

These days I have a hack bike with the odd wonky spoke and I ignore it, but if I were racing then I'd fix it, or if I couldn't DIY I'd pay the bill.
OP

all sounds like good advice, will get it seen to sometime this week, cheers!
You must log in or register to reply here.
Similar threads