I am considering one of these but am put off by the overwhelmingly bad reviews I read on
Amazon UK & Amazon .com. Do you have any reassuring words for a potential buyer ?
Thanks.

Yeah, their great. Nothing negative to say, if you want a rear facing camera this is the one to get.

More info about the Fly 6 and Fly 12 here https://www.cyclechat.net/threads/cycliq-fly-cameras-help-thread.231684/

@Scaleyback
The negative on the CE is that the mounting strap loses its purchase after about 5 months of daily use. Not a huge problem as I simply add a silicone ladder fastening (from a Fibre Flare) to keep it secure and steady. You could use tape or something else if, like me, you don't rely on it functioning as a light.

In terms of performance, I've had zero problems in the several years I've been using this and its predecessor. The one time I had a problem was with the Fly12 when it developed a stray vertical line appearing in the frame. Although it was well out of warranty, Cycliq sent me a brand new one by return, no quibble. That's damn good customer service

I've had the earlier version in daily use for about 2 1/2 years as a camera and principal light. Apart from the strap issue mentioned above no problems. I like the ease of use, doesn't require much attention, just keeps recording and overwriting oldest files when it fills up.

I had the original version which was used five days a week for a good couple of years and no problems at all. I've had the new version for about six months now and again this is used five days a week and no major issues. Although I cannot get it to connect via Bluetooth to my phone and despite repeated requests I'm still being told its work in process. Annoying and frustrating yes, but not the end of the day as it doesnt affect the performance at all.

My only real criticism is the operation/feel of the on/off switch, near enough impossible to operate when wearing gloves.

As for the issued mentioned about the Velcro seat post strap, I have purchased the pannier mounted bracket which is seriously overpriced for a lump of plastic, but it does hold the unit secure.

AlanW said:
I have purchased the pannier mounted bracket which is seriously overpriced for a lump of plastic, but it does hold the unit secure.
Click to expand...

Do you have a link? Is it one of those £25 3D printed things? @winjim was looking for another way to mount one.
OP

That's very encouraging, many thanks.
I appreciate unhappy buyers are more likely to make a 'noise' than satsfied customers so maybe that is the case on Amazon reviews
Last edited: 29 May 2019

glasgowcyclist said:
Do you have a link? Is it one of those £25 3D printed things? @winjim was looking for another way to mount one.
Click to expand...

I reckon I could bodge a pannier mount onto a seatstay. I notice someone at work has one mounted onto the stay of a pannier rack so I might have a sneaky peek next time we're both in the bike shed.

glasgowcyclist said:
Do you have a link? Is it one of those £25 3D printed things? @winjim was looking for another way to mount one.
Click to expand... 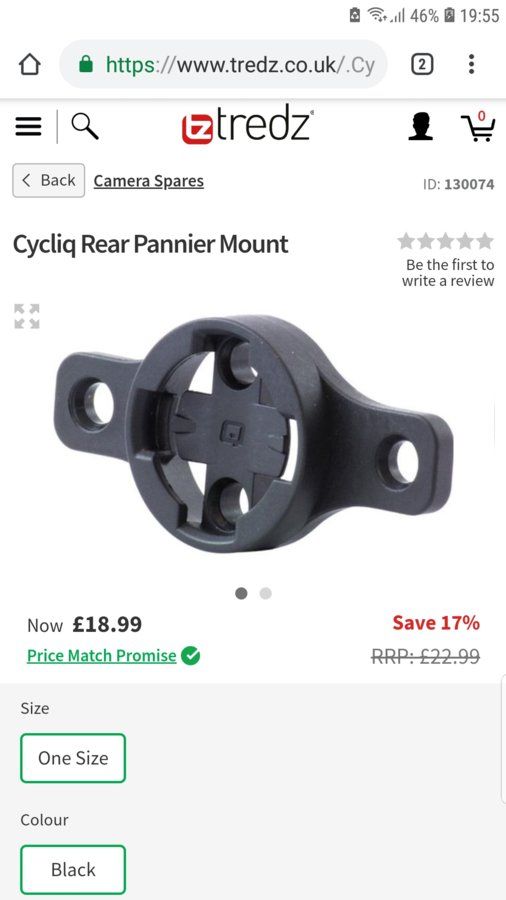 Another vote for the old one. I've been using mine without issue for 2 years now, 5 days a week. The footage is very good and the battery is holding charge well. It was the best £58 I've ever spent

Hi @winjim , if you're still considering a Fly6 to mount on your seat stay there's this option (suits 1st & 2nd Gen versions only). It's secured by a rubber O-ring, which I wouldn't rely on. I'd be adding either cable ties or strapping to keep it solid.

A bit expensive for what it is but I can't find anything else. 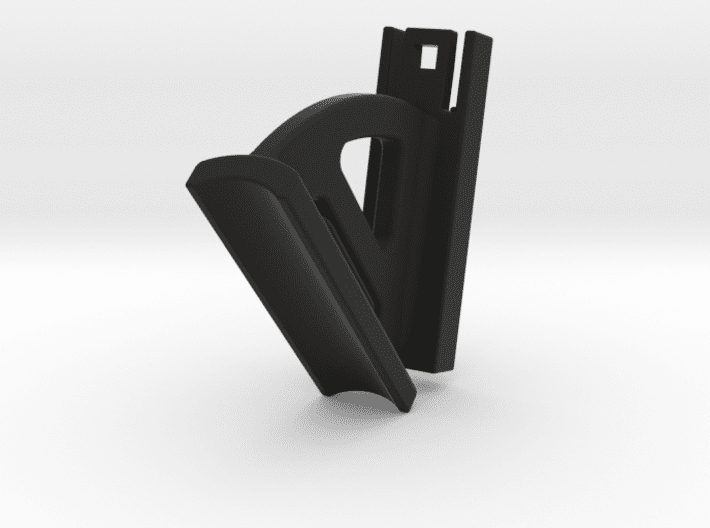 glasgowcyclist said:
Hi @winjim , if you're still considering a Fly6 to mount on your seat stay there's this option (suits 1st & 2nd Gen versions only). It's secured by a rubber O-ring, which I wouldn't rely on. I'd be adding either cable ties or strapping to keep it solid.

A bit expensive for what it is but I can't find anything else.

Cheers. To be honest I think I'm just going to buy a new bike that it fits on*.

late to this forum but I've had nothing but bad experiences with both my Fly12CE and Fly6CE;

I bought mine from chain reaction (20% cheaper than direct) and they worked great at first then a couple months down the line the rapid battery drains starred happening. Long story short: over 29 emails with their support to finally get a replacement then they send me older units that had the same problem I had been reporting but claim a firmware update would fix the problem even though it didnt on my newer units.

But again these new (older) units again worked worked okay at first but then a couple months down the line the weather takes a turn again in England and both units start to act up again, same problems as before

Go through all the same rigmarole with their support more than 29 emails this time they now claim its the SD cards Im using and point me to an old forum post that only has two people not associated with the SD card company and the guy with the problem basically says he corrupt his own card. Now I'm currently holding my fly6 that will not update to the latest firmware using their ever (not) so simple app and its just beeps to signal less than 25% battery even though I can still connect to it via BT and it just always remains on 60% the two buttons dont work on it so i cant power it off to stop the beeping and even when trying to do any factory reset fails.

My Fly12 on the other hand had similar issues but this morning decided to stop wanting to record, I can turn it on and change the light but it would not record even checking it when i got home no new recordings which is great because I had two idiots drivers near misses today neither of them captured. Yet cycliq support still remain adamant that my safety is their biggest concern.


On a plus note they have offered to replace my units again with their newer models but I've lost all faith in them and they can't give me a guarantee that the same fault is fixed and they refuse to give me a refund on the camera's and the extra money I spent buying their recommended SD cards after they claimed mine we're the fault which still work perfectly fine on any other device and are formatted to the official SD association standards.

Honestly I'd recommend everyone stay well clear of cycliq from my continued terrible experiences their support team are not helpful and just want to pass blame onto the user, I've spent months proving them wrong and jumping through all their loops for them to still remain adamant that their devices are fine and not faulty. both of mine are better door stops!
You must log in or register to reply here.
Similar threads