Does anyone have specs for this '83 Nishiki Seral?

I scored this touring bike off of Craigslist and was surprised how well appointed it is. It's a 1983 Seral and has some cool vintage components on it. I found a catalog someone posted online of Nishiki's '83 lineup, but this is an American model and the catalog appeared to be fro Canada so it wasn't in there. If anyone has a catalog showing what specs this bike had from the factory, I'd appreciate it very much if you could share them. 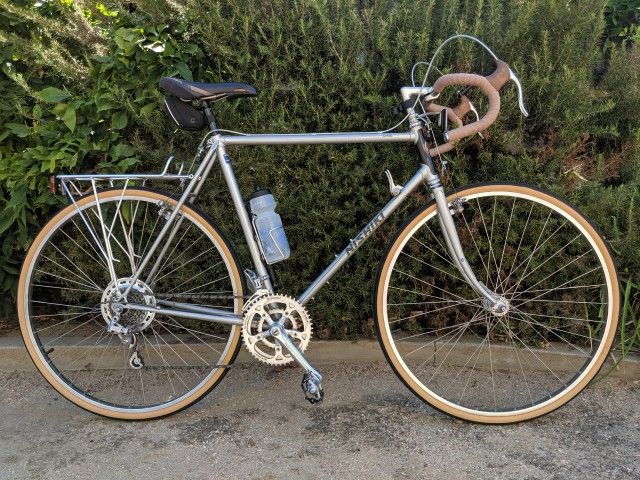 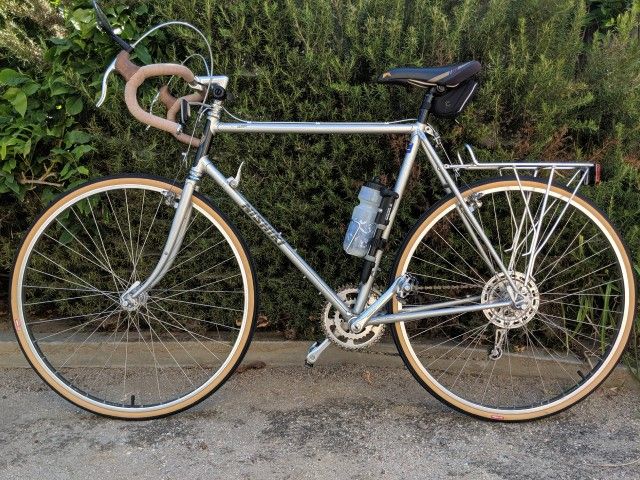 I see quite a few vintage Nishiki models down here. That one looks rather nice.
For your info this a own brand from Dicks Sporting Goods store in the US.
@Gravity Aided might have something further to add.

I thought Dick's may have gotten rid of Nishiki, as with Diamondback, but they are still in inventory, joined by some Schwinns and GTs'. I remember this all coming up on Road Bike Review forums a few years ago, maybe a decade. The Seral would have been from the era when West Coast was distributing them to bike shops, and making a fairly competitive road and touring bike. West Coast Cycle was like Specialized is today, a company that orders components and frames and has them assembled into bicycles. I think Giant also owned Nishiki at one time. I have only owned a Nishiki International, a good, basic bike. I found it laying in front of someones house on garbage day. Because I drove past everyones' house on garbage day. Now everybody drops it all off at the bike co-op. I'm there as well. It saves me driving around.
You must log in or register to reply here.
Similar threads