FFS, are these cartridge wheel bearings made of butter?

One of the main reasons I no longer use my Victory 30 wheels is because their wheel bearings are prone to wear. I mean excessively fast wear. I only ever ride my CR1 in good conditions, and its not like I am even able to carry much on a CR1 either.
I have Mavic Cosmic SLS wheels now, I guess I have done about 1000-1200 miles and I have now removed the rear wheel bearings. They are the sealed cartridge type aswell, altho slightly larger than in the American Classics. Ordered new ones but dont really expect a lot out of those either.
It seems these type of bearings are really inappropriate of use in wheels. Does anyone else have better experience of these? If I pay hundreds of £s for a wheelset, I do expect all of the components to be of a decent quality, so far so piss poor.

Have you measured the bearings, see if you can get some better quality SKF or Timken items?

I have never removed bearings from any wheels. I wouldn't know how to.

I only replace wheels when the rims are fecked.
OP
U

Drago said:
Have you measured the bearings, see if you can get some better quality SKF or Timken items?
Click to expand...

I double checked the measurements before completing the order. The website I ordered them from seemed to have a massive price difference in the sizes I needed. Some for a like £3 or 4 and others nearly £30. I purchased some at the upper end of the price scale believing in buy cheap, buy twice.

Bearings are like everything else, a mix of good and bad.
FSA BB4000 bearings are cheap, don't last and the balls are other captivated in a cage, they just free run in the grooves, Perhaps OPs are the same style.

Good quality bearings will last if fitted correctly. As mentioned SKF in particular will be good.
Ironically I fit bearings in a variety of industrail equipment, some high speed (1400rpm would be typical) and they don't suffer as much as bike wheel bearings which in comparison is kids stuff.
S

How do you decide that a bearing on a bike wheel is knackered, I have never found need to replace one, yet.

The use of deep groove ball bearings in bicycle wheels is a flawed application for them. These bearings, sometimes erroneously called sealed bearings, are not intended for applications with any sort of side load at all. Unfortunately cycling gives them plenty of side load.
The second problem with them is that they require perfectly machined seats. They don't get that in bicycle wheels. Any high or low spots or out-of-spec spots in their circumferential compression when they are pressed into their seats will add to quick destruction. The steel races appear to be indestructible to the layman but they are actually quite sensitive to poor seats. Bicycle hub seats are terrible. They're not round, they're not within spec and they are distorted by spoke tension on the hub flange.
The third problem is that sealed cartridges are not intended for water contact. A single seal cannot separate two fluids - water and grease. The rubber seals have to be protected by an additional non-contact seal such as a labyrinth seal. This seal has to designed correctly. On bicycle hubs these are sometimes called dust caps. Most are just flat discs but they have to be C-shaped and turn inside another C-shaped part in the hub. To envisage how they are supposed to look, make a C with each of your hands. Now bring the two Cs together and offset them and let them nestle without touching. Now imagine them rotating around each other. That's what the outboard seal on a hub should look like. You'll see that if water splashes on the C, it will drain out the bottom without entering the hub. These seals are not submersible and can be ingressed by strong spray such as pressure washes, riding in the rain with the bike on a roofrack, etc.

The fourth problem with sealed cartridge deep groove bearing is axle distortion. If the axle distorts, such as on a rear wheel wheel when pedaling, the bearing distorts in its track and it is compromised.

The fifth problem is that people buy wheels based on weight. The lightest wheel is the best, according to the "reviews". Light wheels mean small, undersize bearings (American Classic is a classic here) that just cannot handle the load. Boutique wheels just about all use cartridge bearings because it makes manufacturing cheaper, the bearings need no design, they're just chosen off the shelf according to size and are simple to fit.

The sixth problem but the least of your problems, is cheap or expensive rubbish bearings. Some are really rubbish. Ceramic bearings are a very bad idea and they cost a lot of money. People flock to stuff called ceramic but have no clue what they're getting themselves into.

All these problems (apart from poor sealing) can be overcome with the use of angular contact bearings such as used by Shimano and Campagnolo. Unfortunately these are expensive, proprietary and requires large manufacturing runs. They are also unpopular because they are not considered as "Sealed bearings". This is erroneous because they can be sealed and they are in fact, sealed very well, especially those from Campag and Shimano which have contact seals and labyrinth seals of the right design.

I do my own stunts

Personally I would just buy the bearings from a specialist bearing company, I am lucky to have one near me. They will spec bearings for applications a thousand times more demanding than a bicycle wheel and will be able to tell you the best bearings to buy.

I used to fit the bearings in appliances including washing machines with drums 4 metres across in use 24/7 - the longevity of decent bearings intended for the job and with proper seals, fitted properly is a hundred times crap ones BUT more expensive doesn't always mean better.

On the motorcycles koyo or skf have proven to be amongst the most reliable so that's what we fit now.

Seen people bring some truly shocking chinese efforts in for us to fit (normally from the bay) and we just refuse to fit them, not worth the hastle.

Worth checking the centre spacer is in spec width wise if you seem to be going through a few sets of decent quality bearings, if it's slightly too short it will apply side loadings to the bearing.

They may not be the best option but with the correct application they should be more than adequate, motorcycles have been using them for decades.

I agree with the foregoing remarks about Chinese anything. I had a wonderful bicycle in Hong Kong (Flying Pigeon) but had to replace the cranks every 6 weeks ago because the steel (?) was so poor they bent. It seems balls used in European bicycles are a hardness of 100. I assume this is using the Brinell scale, so the following might be useful. Perhaps worth NOT buying anything which does not claim a hardness of at least 100? I am sure the engineers on this thread know much more than me, so perhaps an explanation would be good?
PS. To answer the question. They probably are butter.
Last edited: 21 Apr 2017 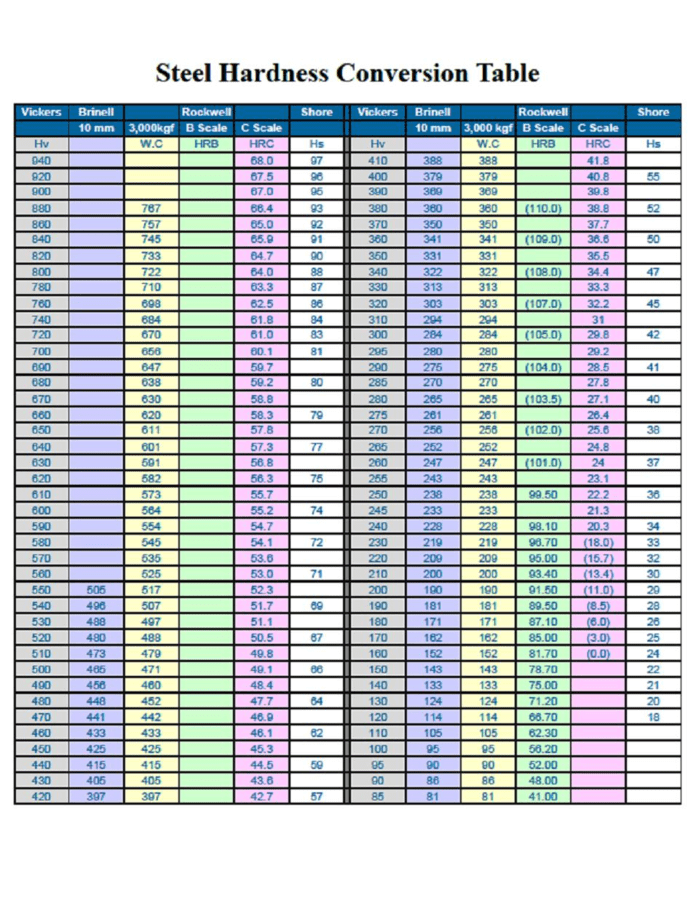