Have some new wheels for longer distance riding on the way.

Rims are Kinlin XR26 and the bike is an older Genesis Equilibrium, I also run mudguards so after a 28mm tyre. My riding is mostly road, however I try to stick to very narrow country lanes which are the gravel/mud strewn and potholed type. Should I stick with road tyres or drift to a hard pack gravel tyre? Does anyone have any recommendations on what is suitable for this?

Thanks for any help.

My riding is pretty much all narrow country lanes. I use Pirelli Cinturato & have been happy with them. Good grip & puncture protection

I ride Schwalbe pro one in 28mm. I really like the feel of the ride at 60-70 psi. i had one hole that wouldn’t fix and a bead of sealant appeared through the sidewalls. So I swapped the tyre earlier than expected. Touchwood the replacement seems better. 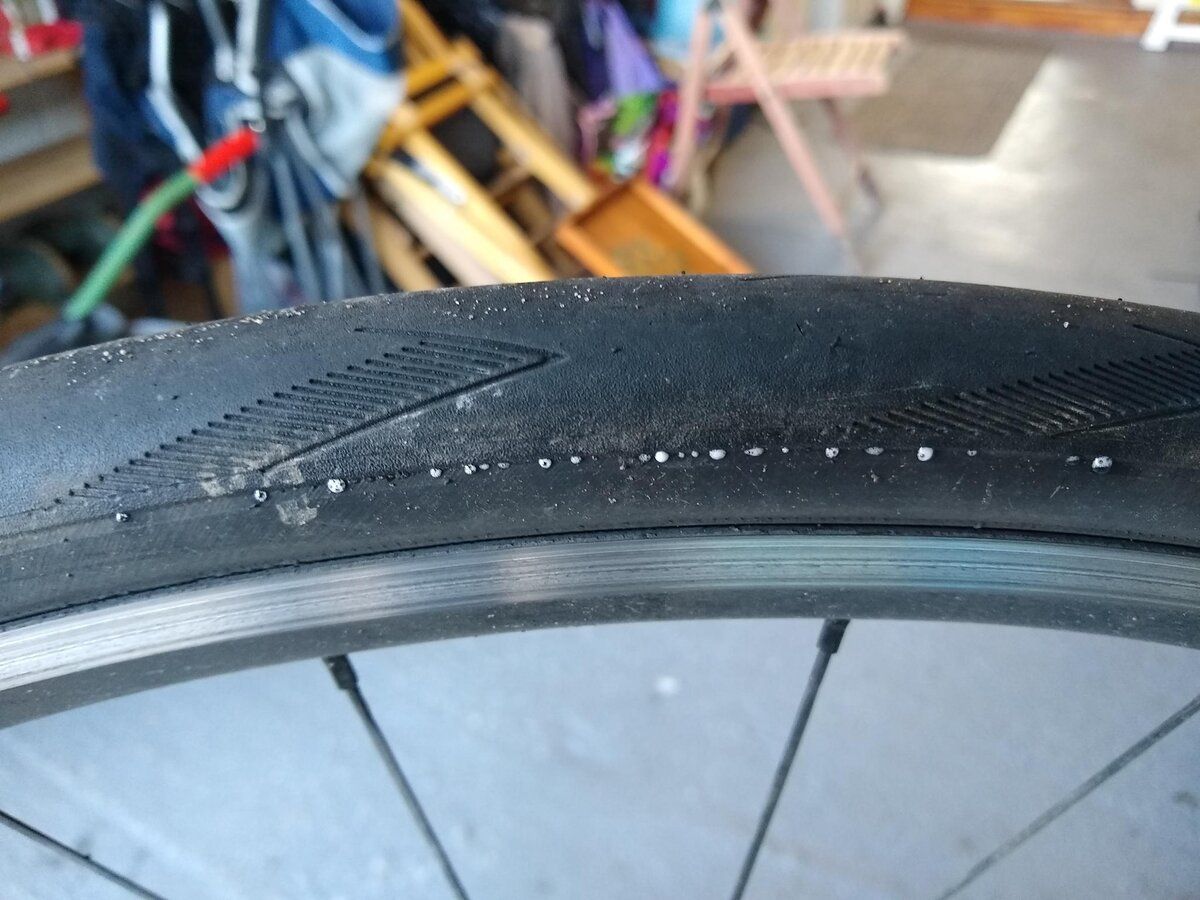 As above, Hutchinson Sector 28s are very good, in being long lasting and not failing in any way I've seen from about 25,000 km of use. That said, I'm currently using IRC Formula Pro X-Guard TL in 28mm and they do seem to grip better in the wet than the Sector 28s (which is why I chose to change), whilst being similarly hard-wearing (I usually get 5,000 km from rear tyres and 8-10,000 km on the front, but have had more in both cases and with both types of tyres). About 25-30K on those too with no complaints.

Edit: I meant to say that much of my riding is on narrow, rough-surfaced lanes and that the roads around here with good surfaces are mostly very coarse, so presumably hard on tyres in overall wear terms.
Last edited: 29 Aug 2021

I ride 28mm GP5000s on my road bike and 35mm Schwalbe G One on my winter/gravel bike. Both have served me very well.

If available a 28mm Schwalbe G One may fit your bill. I find them comfortable, speedy and give good grip on tarmac and gravel.

Panaracer Gravel Kings are available in 28/30mm IIRC
You must log in or register to reply here.
Similar threads