Hi
I'm not pretending I've gotten myself a hidden gem here, but I'm just trying to peg down the vintage (or not!) of this frame. I bought it because I fancied some old steel to relive my yoof in the 80s and when I saw the proportions of this one, I was smitten, regardless of what it actually was. 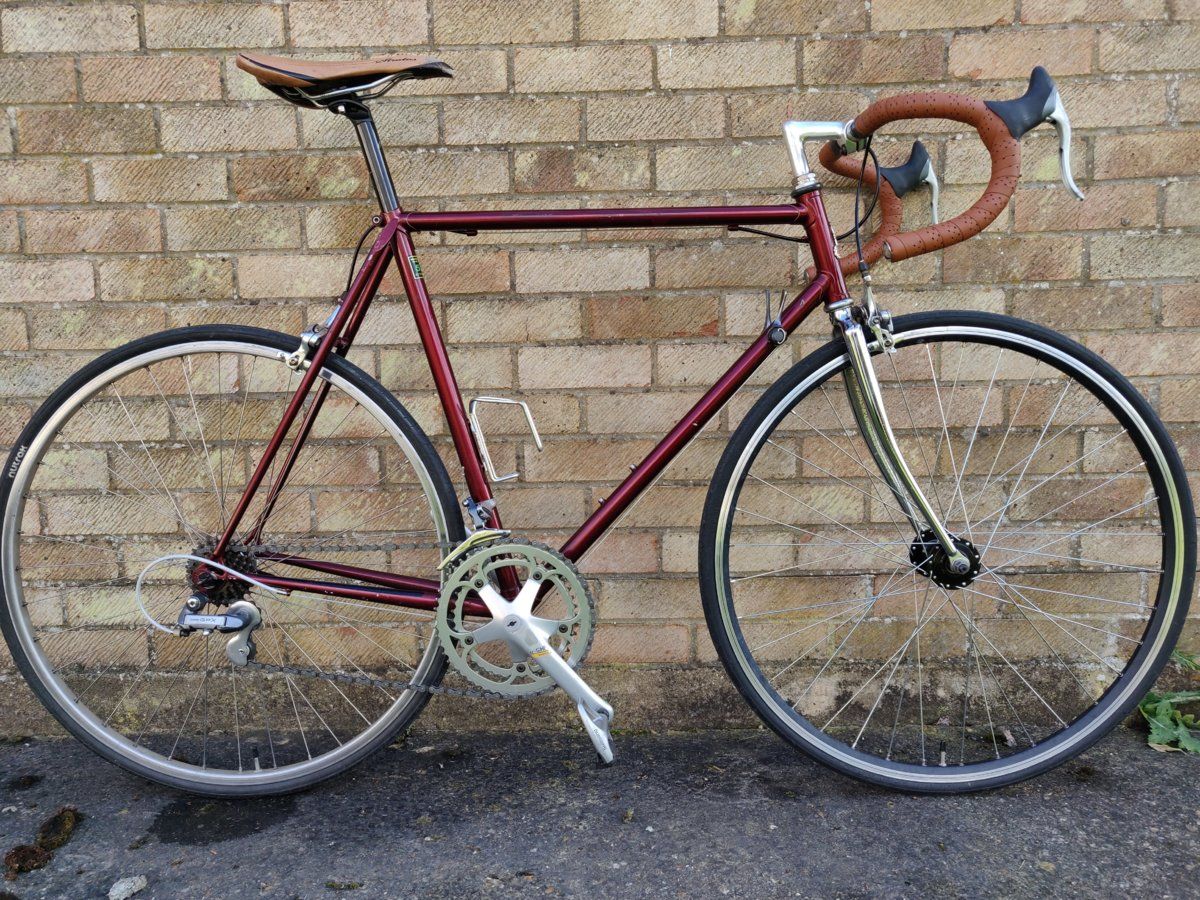 It's had a 'respray' so the 531 sticker means nothing. However, the lack of mudguard threads on the drop-outs seem to imply a reasonably sporty frame and the Suntour GPX groupset and Shimano 500 brakes seemed consistent with the bike being mid/late 80s. The front wheel and seat+stem replaced items stolen when locked up. Rear wheel is Mavic 501 6 speed hub on Alesa rim, also consistent I think. It is definitely a Raleigh, because the rear drop-out says so: 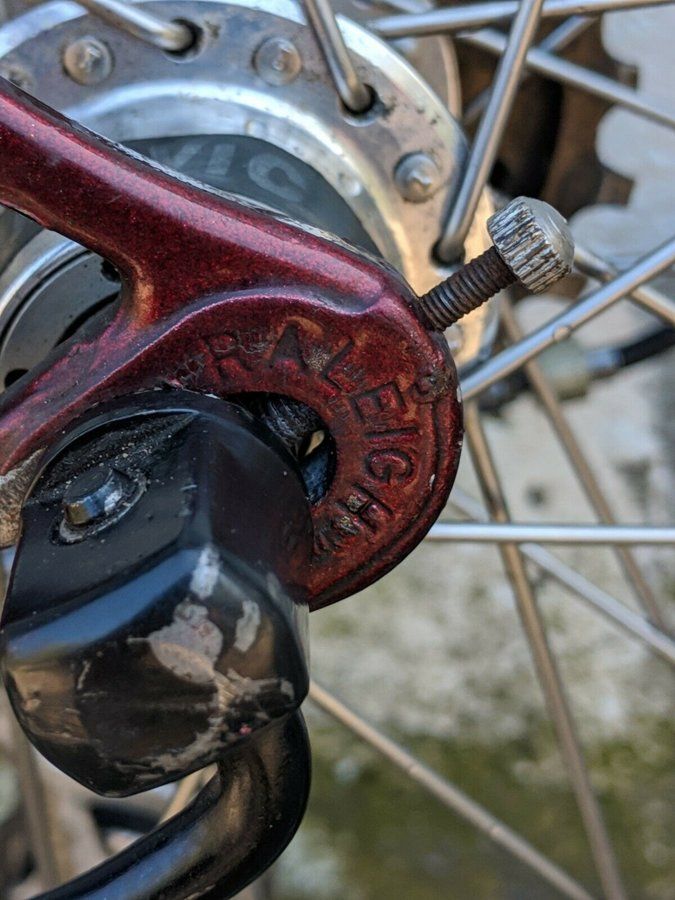 My confusion started when trying to date the frame number stamped on the BB:

The various resources either seem to imply it was made in the USA, 1929 (!) 1973 or is a 1994 SBDU frame according to this page. That would seem consistent with the age of the parts added to a frame bought on it's own.

I should add that it rides beautifully, but I'm planning on doing it up with more modern parts, but trying to keep with the retro ethic.

I’m afraid I can’t help you to identify the frame, but that looks very nice. The paint and chrome forks really go well together just ride it and enjoy it

otek59 said:
I’m afraid I can’t help you to identify the frame, but that looks very nice. The paint and chrome forks really go well together just ride it and enjoy it
Click to expand...

I certainly will - It's first outing is with the club's annual Sofa to 50k week 5 ride, which will ensure a gentle shakedown for both of us!

Ultimately, the plan is to postmodern it.

russ.will said:
Okay. How so?

Thank you. I was coming to the same conclusion, but didn't want to get ahead of myself. Can't grumble at that and paying £160 for a complete working bike!

Yeah, 1994 is my guess ('94 catalogue here).
I would say most of the current components are a downgrade as 7 cog cassette was the order of the day, but it does mean that modernisation should be a doddle. If the freehub happens to be an 8 speed as well then even better!
The forks are replacements too, of course, so when you've got the frame stripped it may be worth checking its alignment just in case, but if it rides well as you say, then it's probably fine.

It looks uncannily like my 1984 Raleigh Clubman. 531 frame with HTS forks, built at Raleigh’s special division at Ilkeston.
Suntour ten speed derailleur.
I’ll check the number later.
Though the drop-outs are threaded for mudguard stays on the Clubman.
Last edited: 14 May 2019
OP

It seems to bear an uncanny resemblance to this frame, forks and all:

Serial numbers also look American from this time period, Apply a magnet to the main tubes, if the lugs are plain lugs, and see if it attracts. If it doesn't, it may be a Technium, aluminum bonded to CrMo lugs.
OP

Gravity Aided said:
Serial numbers also look American from this time period, Apply a magnet to the main tubes, if the lugs are plain lugs, and see if it attracts. If it doesn't, it may be a Technium, aluminum bonded to CrMo lugs.
Click to expand...

Quick question; the seat post is a modern FWE item which would make it 27.2mm - my eyes could only resolve 27mm on the ruler.

Can I presume that vintage seatposts from 26.8mm and up will fit?

Does this mean the seat tube outside diameter requires a 32mm band-on front derailleur?

Russ
You must log in or register to reply here.
Similar threads