With someone in my house having bought an expensive e-bike and my bike being a nice one too, I was thinking of ways to improve it's security as they are locked in a shed which isn't right by the house. In the past I've tried battery alarms but they are a pain to have to disable each time you enter. Does anyone have suggestions for improving bike security?

I've read somewhere recommending these shed shackles but they don't seem to be designed for brick sheds, and I don't know if they are time consuming to use everyday either.

Are there any solutions which won't make getting bikes out each day a hassle? Thanks.

I have an Asgard as an alternative to an insecure shed. Very easy to use 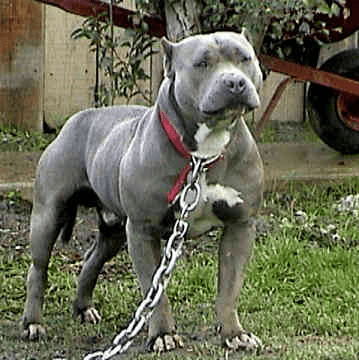 Ground or wall anchors by Abus and a chain or chains to go through them and the bikes. Abus do covered chains as well so they don't scratch the bike frames.

If it's a brick shed then a ground anchor or wall shackle should be good. You want the type where the bolts are covered when in use.

Both are hard to remove without power tools and at that point there is little you can do security wise anyway.

Have a look at this website. They sell a variety of products and provide a lot of advice on thier website.

If you can get in and get to your bike quickly and easily , so can the thief.

I use a Pragmasis chain and floor bolt - as a combination they are about the toughest things on the market.

Secure garage, and ground and wall anchors. And CCTV

First, secure the perimeter. Make sure the garden is secure, and you have anti climb paint paint slathered atop walls or fences. Some people use carpet gripper rod , but I can't condone that

Scu bags cant burgle a building that they can't even get to.

Second, if someone gets in the garden you want to know about it. PIR detectors that ping alarm in the house are cheap. A wifi camera that talks to your mobile phone is also quite affordable now, and alerts you wherever you are in the world. A scumbag can't burgle a building if you're on to them.

Third, stout and multiple locks on all points of entry. Don't forget the hinges can be vulnerable. A scumbag can't burgle a building they can't enter.

Fourth, an alarm on the shed. They may be a faff, but not as much as a faff as having your property stolen. Faffing is something you gotta do - you're either serious about not having your gear stolen, or you're not. If it's a hassle for you then it's a serious pain for a thief. A scumbag can't hang around to burgle a building if you've been alerted to their presence.

Fifth, ground anchor or similar means of immobilising the bike. Make sure any electricity to the shed is shut off when you're not in there, stops them using your lights to see or your electricity to power their tools. A scumbag can't steal what they can't move.

And that's it. Do all that and few thieves will successfully get past all 5 layers of security. If you've done it right they won't be able to get past level 2 without you knowing about it. If you're that worried that it really is a problem then you'll do all this. Half measures you may as well not bother. Fiddling with locks and alarms is time consuming, but not as time consuming as walking everywhere when your bikes has vanished.

And once you've done all that get your bike properly and visible marked - a recent survey among convicted sheets shows that Smartwater has a greater deterrent effect than a police officer being nearby. Photograph the bike in detail, and log down frame numbers. The number of people that had their bikes nicked, spotted the bike (kr parts of the bike) on eBay or Gumtree but were then unable to substantiate that it was theirs is rather high.
Last edited: 8 Aug 2019
You must log in or register to reply here.
Similar threads