A friend has some fancy Shimano WH-R535 8 spoke wheels - the wheels are about 6 years old and probably have about 2,000 miles on them. He recently put the bike in to his LBS in Woking for a general service and they trued the rear wheel as they said it was slightly out. About 30 miles of riding later a very loud creaking (not a squeak or ping) has developed as each spoke gets to the bottom and takes the load of the bike. It sounds like the joint between each spoke and the rim. If you hold the wheel and flex it side to side you can repeat the creaking so it if definitely around the rim.

Each spoke seems equally taught so I told him to take it back to the LBS and get them to sort it. They've now said the wheel is finished and are trying to flog a new one to him, I am pretty sure it is the fact they aren't experienced on wheels with so few spokes and they need to adjust the tension on the spokes. I have tried putting a drop of lube on each spoke where it meets the rim which made it slightly better, but it is still so loud you wouldn't dare ride the bike for fear of the wheel collapsing.

Does anyone have any ideas? 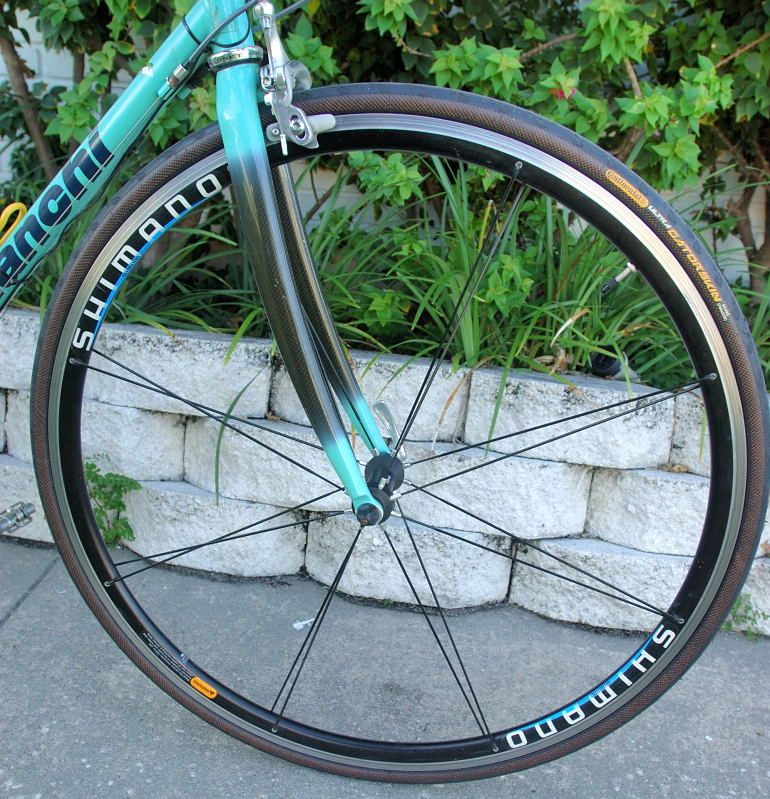 Ideally you need to ascertain the correct tension for the spokes and then take it to an LBS with a tensionometer to test the spokes on the wheel.

Did the spokes have thread lock on them that the LBS has disturbed?

I'd try retensioning the wheel with a slow drying, light thread lock compound on the spokes to see if that made a difference before trashing the wheel.

Your friend should take it to a reputable wheel builder for a second opinion and possible remedy. Presumably the rim and hub are fine? At worst the wheel may need to be rebuilt. Then present the cost of the rebuild to the numptee LBS stating that they have failed to exercise reasonable care and skill under Sale and Supply of Goods and Services Act when they trued the wheel first off. Clearly suggesting a complete new wheel to resolve the issue as your wheel is now knackered is totally unnecessary and they are trying to fleece you. If they refuse to settle your costs to have the problem remedied then threaten them with Trading Standards and the Small Claims Court. Then name and shame.
OP

Thanks, I think I will tell him it is worth getting a second opinion from another bike shop before going for a new wheel.

If it's a fancy wheel the nipples are probably alloy, not copper, so corrosion will make the noise - I've got HED Jet's that complained after I'd not used them for years..............
OP

Thanks Fossyant, so are you thinking to lube each nipple and then retension to quieten things?

Ive had the same thing, just went/felt around the wheel for loose spokes and used the spoke key with care...
You must log in or register to reply here.
Similar threads