He's the Lucas Brunelle of skiing.

Look for other videos by the same bloke - in one he flies over the top of a Police car which then chases him through the resort - not surprising really.

Is the guy the driver from this advert?

That bit at the top of the chairlift was insane!

I started watching and was thinking it was pretty tame then it really does get bonkers!!!

It was impressive and it must have been very exciting to do, but ...

Maybe it was all set up in advance so that everybody down the mountain was expecting him to suddenly hurtle past, but if he genuinely did what he appeared to do then he should be locked up - It isn't difficult to imagine dead or paralysed people smeared all over that mountain if he had lost control and ploughed into them!

That's what I thought after the initial admiration. I'm pretty sure the whole thing was set up beforehand. If it wasn't.....utter nobber.

Clearly all set up. You can see the practice landing tracks on the ski lift bit, and by the amount of folk on the lift, it was done when the slopes were shut.

That said its a great video and makes me wish I was heading for the white stuff this year.

I suspect it was all done in advance - there's lots of bits where you can see a few sets of tracks leading to the jump, and tracks (and the odd crater!) at the landing site.
There's also too many bits where it jumps slightly - it wasn't all filmed in one take. Feckin' incredible though.

And look....even the mirror bit is fake. (His hands are in a different place than his reflection) 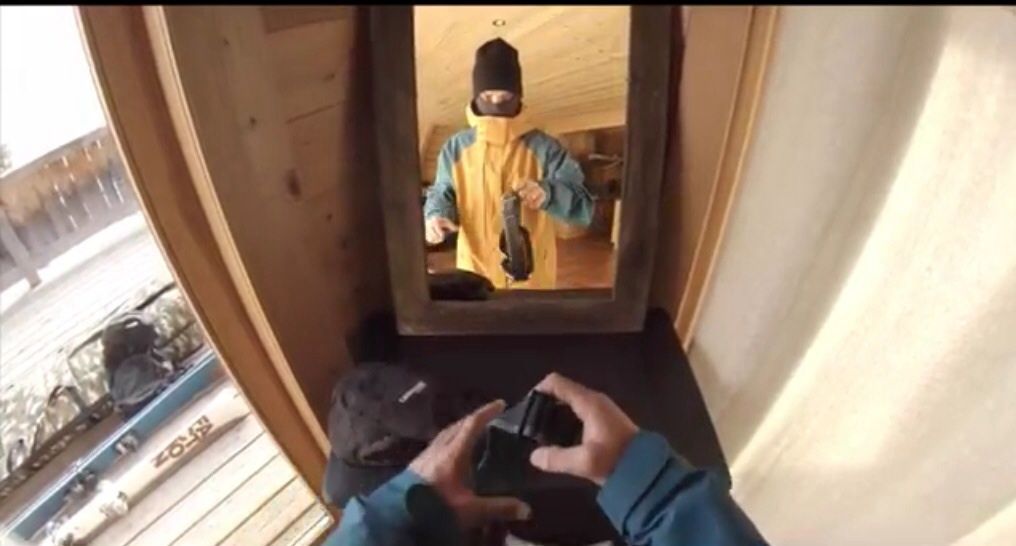 My faith in internet videos has been shatterd!

It certainly wouldn't be something you would want to undertake without the benefit of a good recce!

Blah blah. It is no way as good as seeing the MTB downhill champs. Flippin heck.

The best bit is the coffee and view out of the door.

If the mirror bit is fake, how much more of it is fake?

On reflection, he is a bit of a Piste Pussy really. Eric knows how to do it properly...
[media]View: https://www.youtube.com/watch?v=iNTX55Rpk8w
[/media]
OP

The video is a series of shots edited together, several of the same jumps. There are others by the same bloke which are quite obviously set up. You sometimes do see nutters going down the slopes like that - Mrs Gti was almost killed by one when she stopped below a rise (bad place to stop, I know) and a skier going very fast in a tuck straight down the fall-line took off from the rise and flew over her head just as she bent to sort out her boots. Had she been standing we think he'd have taken her head off with his skis; she felt the air movement as he passed over her. On another occasion someone passed me very fast, so close that it startled me so when I caught up with him at the lift station I had words with him. His reply? "Je maitrise ma vitesse!" (I'm in control). All well and good until something goes wrong.

After about 10 sec you can see there has been a lot of editing. Even the slalom skier near the top is a set-up.
Much of the end is speeded up, spliced and diced. Most of it is just off-piste.
The bit at the end to the cable car clearly has permission from the operators to do that.
You must log in or register to reply here.
Similar threads