Not a happy bunny with local bike shops!

Haven't ridden a bike for years till last year, oh my how bikes have changed lol. Anyway due to health reasons I was told by doctor to exercise, so looked at cycling again. I wanted a single speed or 3 speed sit up an beg or Dutch bike( low maintenance), but to get by a friend give me a hybrid. Now never used a multiple gear Revo shift gear(oh I hated it) but I've been using it a few times a week for a while 8 mile round trip. Anyway had a sink with a driver two weeks ago, guy hit the bike.......on his mobile! Anyway I'm ok but sweaty Betty (the bike) had damage to the derailer thing. So rung up to local shops to see abt what I need to do, parts etc to get Betty back on road. The opinion off the shop guys on phone was scrap it! It's not worth parts or repair.... would you like to by a new bike? An most are .....yep Revo shift! So was stuck with a bike that has no gear shift and no drive. So left it for a few days to calm down an try figure out what to do or if I needed a second hand clunker. Three days passed, still no joy, till I seen a teenager riding a bike which he told me was called a skid bike? It looked like a MTB single speed. So looked at my (scrapper as I was told), took off the whole gear rig an was left with cables etc. Betty is now a single speed an a treat to ride, saved me cash, an I'm back on the road. All due to a young lad explaining to me abt skid bikes lol

Well done. Where was this? Maybe people here can suggest reasonable shops.

And no, revoshift tends not to be a mark of quality!

I don’t think he’s actually looking for a bike shop, just that he’s peed off at the ones he’s tried for trying to sell him a new bike rather than fix has crashed one.

We need pics @Older then dirt or it’s a lie

Change to a different bike shop. Some actually have nice helpful staff...

Hope you get some great rides, its always nice to hear of a bike and rider surviving a bad experience.

A lot of bike shops seem like that these days

Due to labour and other operating costs, no longer profitable to do small repairs on old items. Hence the request to upgrade. Most of us fix it ourselves to make it last. YouTube videos are helpful in this respect.

It might be worth it for someone to start an online business just selling only second hand bikes and group sets of good repute. Customers can go online and see the entire range available.

I can't really see what the problem is here. The OP has a bike given to him which is now damaged through no fault of his own. The LBS advises the cost of repairs mean it would make more sense to replace the bike. Sound advice leaving the OP with the option of repair or buy a new bike.

A few months ago I knew my much loved 12 year old Dolan needed £200/250 spending on it. A friend was selling a Cannondale CAAD10 from 2016 following a full service, new cables, new cassette, one new tyre. £400. I bought the Cannondale. A no brainer.

It's the OP's choice and there is nothing to complain about.
D

If it was mine, I'd fit a new derailleur, along with brake and gear cables, and treated the thing to some thumb shifters, and ridden for the 8 mile round trip knowing it was now how I wanted it, the thing is it wouldn't have cost that much DIY.

If the eight miles is ‘flat’, keep going. Wear & tear on knees could be an issue with hills and a single speed, depending on gearing. No point trying to improve health at the expense of new joints :-)

Punkawallah said:
If the eight miles is ‘flat’, keep going. Wear & tear on knees could be an issue with hills and a single speed, depending on gearing. No point trying to improve health at the expense of new joints :-)
Click to expand... 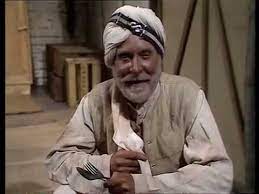 By the end of that rant I started to become convinced I was wrong and there really is no 'd' in 'and'.

Many years ago I wanted a bike for my daughter, I bought a second hand good quality bike, stripped it down, bead blasted frame, painted it, and rebuilt fitting new parts to make it look like new. This was around 1990 and I was rather proud of my work, cost around £100, then son wanted a bike, not got the time to do it all again, so bought one brand new, about again £100, and I realised technology had moved on so much my daughters bike was really rubbish even with the expensive light frame.

I also remember the first bike I had with suspension, I could hear a car behind me, and see the pot hole in front, and expected a problem when I hit the hole which I could not miss, and it went over it like a dream.

Not all so called improvements were really improvements, I remember cable operated disc brakes failing to stop me.

But I carried a chain tool, and I have when the derailier smashed shortened the chain and rode home with one gear. North Wales that was possible, now in Mid Wales the roads are simply too steep.

We had some good ideas in the past, but today my Sturmey Archer hub dynamo is a wind charger, which is a pity really as with LED it could have worked well.

But DIY is a problem today, where is the BS what ever on your rear light, which it seems without it not legal. And reflectors in the pedals. Do you remember the battery tube to work lights when you stopped?

What a great story! Thanks for sharing it. It is so good to hear of people being imaginative!

Have to keep a chin up these days, well done. There may be a local co-op that fixes up old bikes nearby, check that option out too.
You must log in or register to reply here.
Similar threads