Perhaps this should be in the commuting forum?

Santander announce the imminent arrival of their first cycle through branch in London. 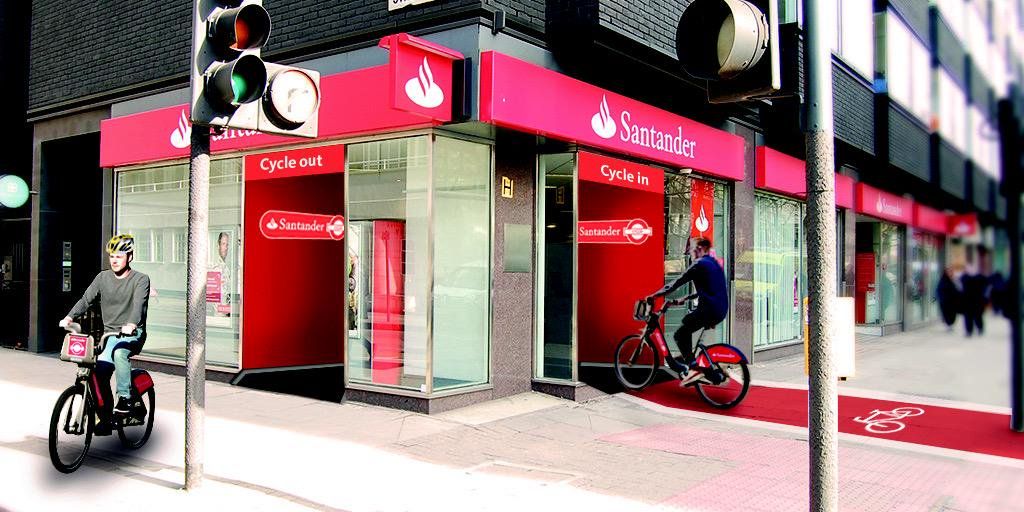 There one already operating at Hogsmeade station.
OP

Arrowfoot said:
There one already operating at Hogsmeade station.
Click to expand...

Pretty amazing seeing that Hogsmeade didn't survive the Beeching cuts or see the arrival of Santander.

Highlight the white space under the image.....

A group of TIRED-LOOKING OLD BANKERS sit around a table, clearly in the throes of deep self-hatred.

BANKER ONE: So we’re decided, then. No April Fools’ joke from us this year.

BANKER ONE: Jeremy, no. We’re a bank. Public trust is our lifeblood. The moment we betray that, even jokingly, our business falls to ashes. I’ve made my decision.

BANKER ONE: But what?

BANKER TWO: What if we made our April Fools’ joke so awful, so completely unnecessary and clunky, that it barely even counted as a joke? What if we just did the first crappy PhotoShop job we could think of and lazily tweeted it out with such a shrug that people would barely even pay attention to it? Could we do one then? Could we.

BANKER ONE: Fine. But make sure it’s really pointless, Jeremy. Our reputation is at stake.

THREE HOURS LATER:
The BANKERS high-five, and then burst into tears.

I tried it this morning at the Croydon branch, on George Street...they have an entry points at the front and rear...cue the Benny Hill music...again...no 3rd degree burns this time and I did get to happy slap security on my pass through

I want to know who is going to do the first cycle through supermarket, it would make picking up a few groceries a bit quicker!

User said:
I take my bike trailer round Waitrose - in fact, they have some which you can borrow.
Click to expand...

Not whilst cycling a bike though

So do you put everything in the trailer and then empty it at the till? (Edit: Do you use one of those scan as you shop things?) My nearest shop have said they don't want little old ladies using their shopping trolley that they have to use the ones provided (though I don't know if that is still current policy).

User said:
I take my bike trailer round Waitrose - in fact, they have some which you can borrow.
Click to expand...

Hell of a thing - thought you were taking the pee there - nothing in my local area though.

User13710 said:
But I think the bouncy aisle for getting stuff off the top supermarket shelves is a great idea, being a not-very-tall newt.
Click to expand...