This is something I came across several times on a variety of sites:
For ex: https://www.diamondchain.com/understanding-wear-life/

After assembly, Diamond applies an initial load to the chains, called preload. This preloading approximates the recommended maximum loading in service. Preloading can be done either statically or dynamically. Preloading is done as a final alignment of the various chain components such as pins, bushings and link plates.

Preload Applied Preloading helps to greatly eliminate the initial elongation often found in lower quality chains. Elimination of this initial elongation can increase usable service life. The Preload chart (Fig. 4) illustrates the benefits of preloading by gaining additional wear life. The chain that has no or little preload applied will experience a significant amount of elongation during initial start-up of the drive before leveling off. The chain will then elongate at a steady rate until the case hardness on the wear components is gone and the chain experiences rapid elongation. The Diamond chain that has been properly preloaded has very little elongation during initial start-up, which ultimately results in additional wear life.
Click to expand...

I don't get this. As stated in this same article: elongation occurs due to wear of certain chain components. Elongation means an increase in pitch, making it bigger than the pitch of sprocket teeth, causing the teeth to wear off to the increased pitch.
Now, if a so called "preload" is executed, of which is claimed that it prevents that initial significant elongation at start up, then such a "preloaded" chain would already start "eating" sprocket teeth from the very beginning.
What's the benefit then?

I suspect this is applicable to high-speed applications rather than the relatively slow-moving bicycle chain.

silva said:
This is something I came across several times on a variety of sites:
For ex: https://www.diamondchain.com/understanding-wear-life/

I don't get this. As stated in this same article: elongation occurs due to wear of certain chain components. Elongation means an increase in pitch, making it bigger than the pitch of sprocket teeth, causing the teeth to wear off to the increased pitch.
Now, if a so called "preload" is executed, of which is claimed that it prevents that initial significant elongation at start up, then such a "preloaded" chain would already start "eating" sprocket teeth from the very beginning.
What's the benefit then?
Click to expand...

The way they describe it all is BS. Don't believe what you read on the web, including here.

Wear always causes elongation in chains. That's not news. And, yes, it does increase the pitch. All that is true.
However, a pre-load is unnecessary on bicycle chains because it happens automatically simply by riding. A brand new chain is a tiny bit shorter than a chain that's been ridden two or three times but hasn't yet started to wear.
The claim that a pre-load eliminates significant elongation at start up simply means that by pre-loading it in the factory, it won't need to pre-load during initial use.
No bicycle chain is pre-loaded at the factory - that's your job. An un-preloaded chain will NOT eat sprocket teeth.

I had a brilliant example of initial stretch recently. If you know my history of chain discussions on this forum you'll know that I despise the word "stretch" because that's not what happens to chains when they elongate. However, a pre-load is a bit of a stretch. Whilst the side-plates don't elongate, the pins settle into the extremes of their holes in the plates and that causes elongation.
However, when I fitted a new chain on a cassette that's now had three previous chains, I had chain skate on one sprocket when I pedalled very hard. However, after a few rides, the chain "pre-loaded" and settled into the sprocket with no skip whatsoever.

Preloaded chains may make sense in some industrial applications where initial chain/sprocket skip cannot be tolerated, such as for valve timing. (it's a poor example but will nevertheless make you wince).

I'd also hazard a guess they're referring to fully bushed chains as opposed to the ones fitted to bikes.

We've all been there, pondering chain life and how to get the best from it. I've long since given up, clean it, oil it, replace it when its worn. It's a consumable item and (IMO) as lo g as you dont abuse it, its life will suffice.
Theres nothing new in chain wear, cycling or otherwise. We used to have equipment that ran with around 30ft of 1.1/4 pitch chain...so roughly 10 links each foot of chain, whacking great stuff. We had to replace it every year regardless, top quality bushed chain as well. It's a consumable, always will be.

my current chain's been on about four years... it's shot at and needs replacing but i'm trying to run it to the ground and get every last mile out of it. My reasoning is, instead of replacing the chain regularly and the cassette/front rings once in a while... let the whole lot wear out in unison and replace the lot once in a blue moon. I've got the new chain, cassette and front ring ready and waiting to go on, just waiting for the old one to actually fail first.

With KMC Single speed chains being about £5 each, I barely bother to even clean them on my commuter, I just replace them @silva I think you are over thinking chains.

Any fixie owner can tell you that a new chain settles. Fit one out of the box, tension it, spin the cranks a few times and suddenly it's slack.

rogerzilla said:
Any fixie owner can tell you that a new chain settles. Fit one out of the box, tension it, spin the cranks a few times and suddenly it's slack.
Click to expand...

Milkfloat said:
With KMC Single speed chains being about £5 each, I barely bother to even clean them on my commuter, I just replace them @silva I think you are over thinking chains.
Click to expand...

Since I started to over think chains, I decreased the replacements over fourfold. Meaning that my drivetrain now lasts a year instead of a quarter. Not only for cost, it's also misery less.
It was my sole reason to move to singlespeed and later fixed gear.
About every couple months, worn sprockets, worn chains and freewheel in both directions - starts to rain, all of sudden no resistence anymore. There you are then somewhere in the middle of nowhere, with as only option walking.
The move to singlespeed halved the replacements. 6 months.
The move from 3/32" to 1/8" halved them another time. 12 months.
And the chain with 3/16" sideplates, well, I got 18 months out of my first, and could probably have had some more, but I wanted to try another gear, that spreaded wear, and the 5 mm wrong chainline inflicted the chain some annoyancies.
It's much happier riding without a problem that has to be coped with every quarter, and no waiting anymore for repair, the simplicity allowed me to do it myself. And that was a second major reason.
So I had have some benefit with that overthinking.
Where are the days of a bicycle under repair at a dealer, requiring 6 upto even 9 months to do so, while in meantime after 3 months the spare/second bike used in meantime, already worn enough to start the troubles.
A less wearing chain is the beginning of a less wearing drivetrain. That's the reason for my focus.
Last edited: 3 May 2019

The way I see it...in layman's terms
Preload takes out any (i assume microscopic) imperfections immediately after manufacture in the mating/running surfaces, particually the pins and bushes.
If a chain (that hadn't been preloaded) were fitted and used at an incorrect tension, particually a lower tension, those imperfections will take longer to 'smooth out' and in doing so will wear the pins and bushes for longer in its initial stages of use.

If you're a light peddler, I could see how this will not 'smooth out' those Imperfections and increase wear.
So fit a chain and give it some welly, that will preload the new chain.

What a load of bullocks

@silva I appreciate the dedication and the push to not make hardware changes so often, but honestly a frequent chain replacement and infrequent sprockets and chainrings would be a lot cheaper and if you catch it early enough very low risk of a breakdown.
OP

1) Chainring. Until recently, I never replaced a 1/8" chainring - it has never be needed, and the recent case was unneeded (no breakdown risk) too, its motivation was to finally get rid of an "abused" (5 mm wrong chainline and wear concentration within the links due to 48/16=3 gear) roller chain and to restart the bicycle like it should have been at purchase time.
Since there is nothing to replace, the cost is zero, and there is no cheaper.
Price of a chainring: 40 euro.

2) Cog, over this same period, I had 2 cog replacements. One on an older bike, and recently one on the new.
Price of a cog: 20 euro.

Like it was last 18 months, I spent 20+14=34 euro. All other costs were due to dealer doing bad job so onetimers that I managed to correct.
I can't really see how frequent chain replacements would make it a lot cheaper for me.
That would have been true in the case of X gears since a cogs stack is much more expensive than a single cog and requires much more work, while my case is a single/fixed gear, simple enough, no special tools / knowledge needed, to allow me to do the work myself.
OP

YukonBoy said:
What a load of bullocks
Click to expand... 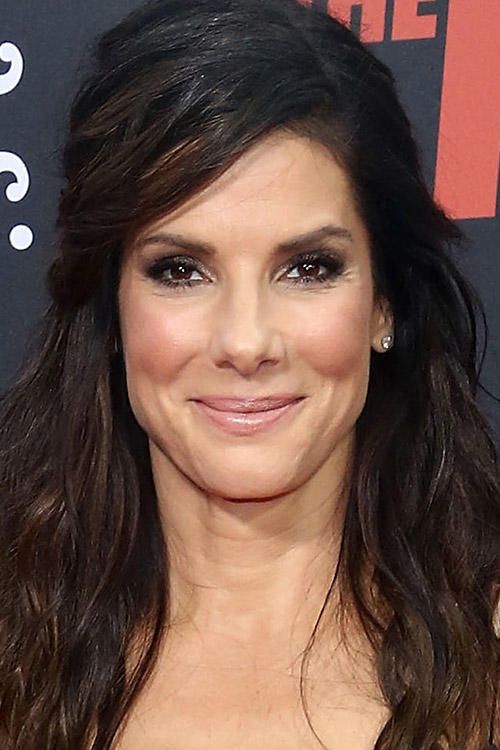