Just recently whenever I use the rear brake it doesn't release fully afterwards and I have to stop and manually pull it apart.

Anyone any ideas on how to fix this?
O

Check that the blocks aren't very worn, check that the calliper arms are clean, if it still sticks try replacing the cable.
R

What type of brake ?

Good advice above. If all of that doesn't work and they are road bike dual pivot calipers then remove them from the bike and completely disassemble and give a thorough clean and regrease the pivots. I had this problem last year and had to completely take the calipers to bits, separating the arms etc. very satisfying to get them working like new again
C

I had the exact same problem with my Tiagra back brake and it was caused by a little plastic sleeve on the back of the brake which would jam.
I couldn't get a replacement online and spoke to my local shop and in the end I had to buy a new brake.
A part like the one in the picture below was the problem 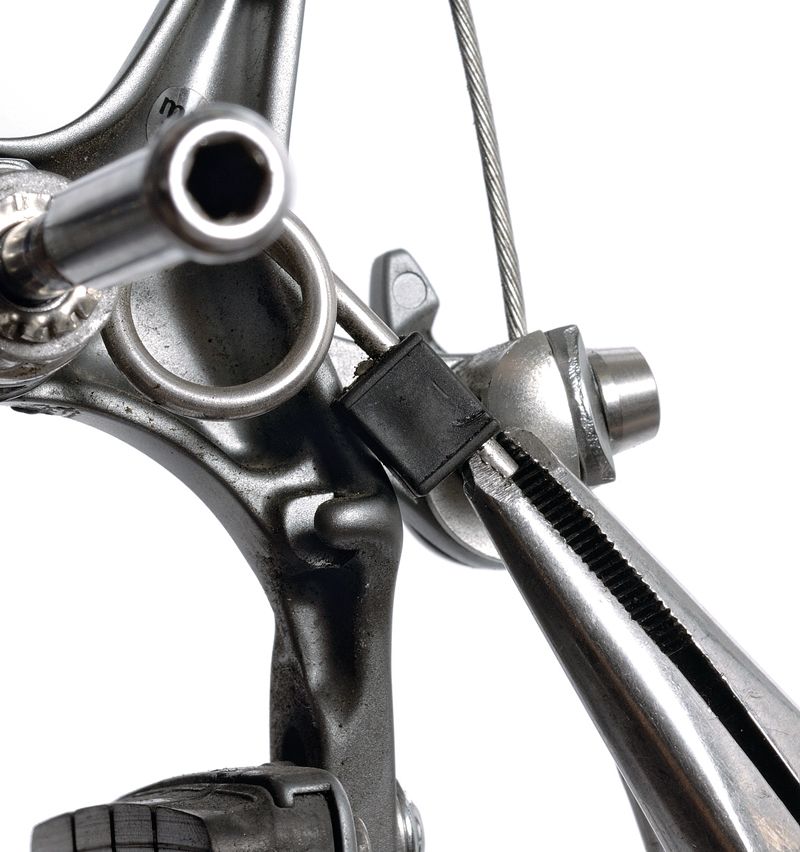 The spring doesn't usually cause problems. The shiny washers though do readily rust and lose their grease and the bearings can get clogged with muck.

Apart from these, sometimes the locknut (under the serrated washer in pic above top left) moves when tightening up the brake to the frame and just needs re-seating.

Taking apart is not easy first time but relatively easy after that - just watch out for grub screws.

I get this often on my commuter/filthy weather bike, when the calipers get dirty. Usually a decent clean is all it needs.

Slioch said:
Also check the blocks aren't so worn that they have a "ridge" which gets caught on the edge of the rim. If they do and there is plenty of life left in the blocks, then they can be trimmed (carefully) with a stanley knife so that they present a flat surface again.
Click to expand...

I just had that problem with my V-brakes, and solved it by flattening them with sandpaper. It took me a quite while to realise what was happening, though.
You must log in or register to reply here.
Similar threads