Setting up a website to note reported edge of carriageway potholes.

If you ride in the countryside, you will be aware that most councils place a low priority on edge of carriageway potholes. Of course, these pot-holes exist exactly where cyclists are forced by cars: the edge of the road.

The best way to get councils to "review" and reconsider their lack of concern for these potholes may be to set up a website that will allow people to log any potholes they have officially reported, by council and location. That would allow injured cyclists to file lawsuits against the councils. Alas, this option, perhaps even this risk this creaates for councils, is likely the best way to get the councils to actually DO something about these hazards.

Is there anyone or any organisation up to the task of setting anything like this up?

Yes .... Sound a brilliant idea..... And thankfully the CTC have done it already:

The website has been going for ages and then fairly recently I started using the app!! It also notifies you with quite a lag, when it's been fixed, to allow you to check it has been fixed.

I've reported at least 6 this year since I started using the app (many more before that via the website), and of them 5 have been fixed, though one I ended up ringing the council about to speak to someone as they weren't reacting to the fact it was subsiding therefore needed investigating quicker than normal.

The pain is being bothered to stop and take a photo, though that isn't necessary.
Last edited: 3 May 2015

I have reported using the app but it appears to be a notification system followed by a fix at a best endeavour basis. When I did follow with a phone call, there seems to be difference.

I think @MidAtlantian suggestion is to raise the profile of a fundamental issue that has a direct impact for cyclist on a daily basis. I think the website with consequences (filing of lawsuits ) based on people reporting it with photo and date would be more effective. The natural progression is to focus on council with slow or effective fix rate, high light bad cases.

But anyone can go to the website and see what has been reported and when, possibly with a photo if submitted by the person reporting it, the date the council are informed, their number for the pothole report and when they say they have fixed it.

I often put in my report comments such as it is where cyclists would be riding in the road etc. 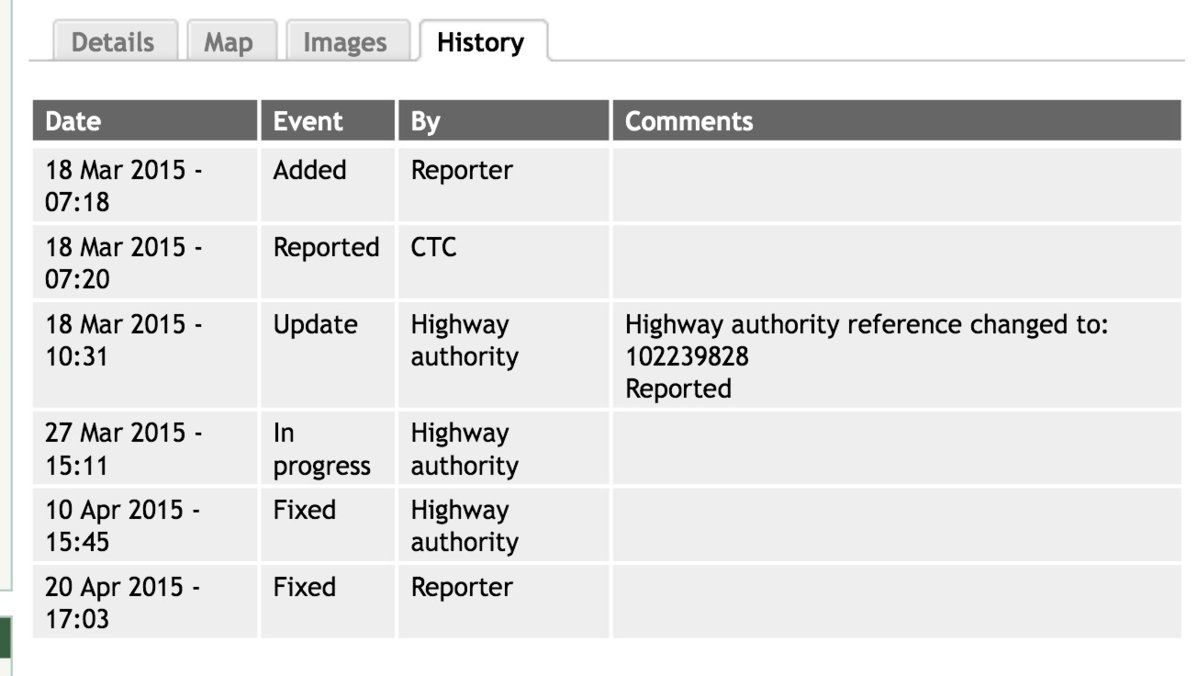 That was for a fairly minor pothole, on a side road, the one I reported nearby on the Give Way lines at a major junction was fixed quicker though it still wasn't a major pothole. 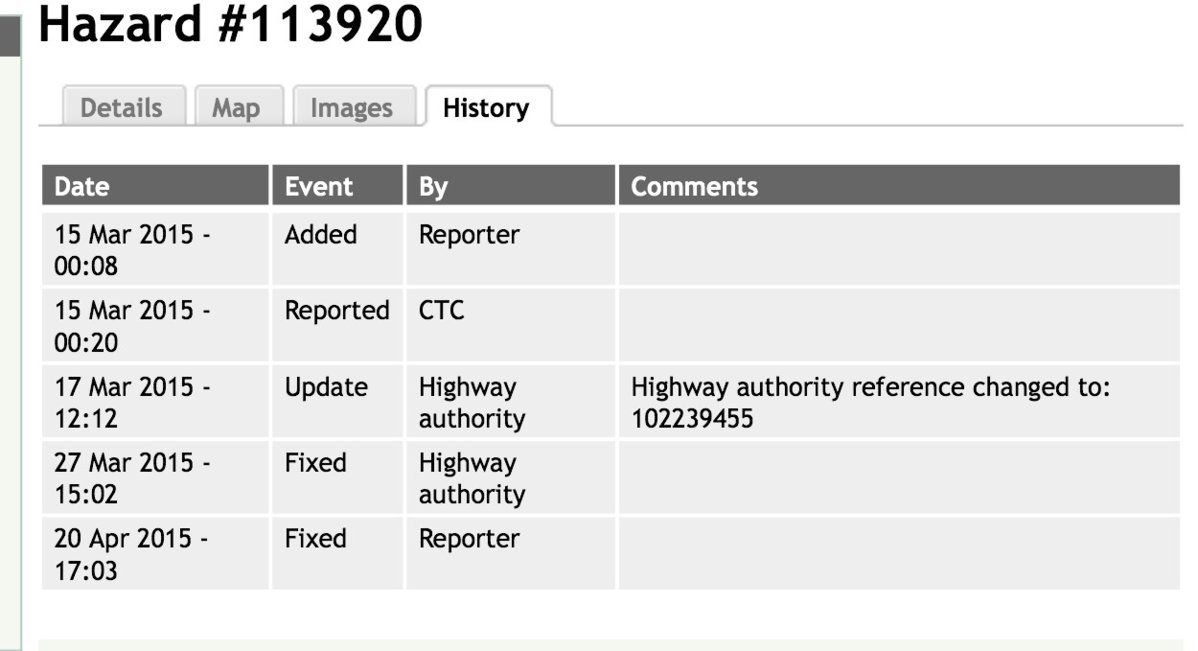 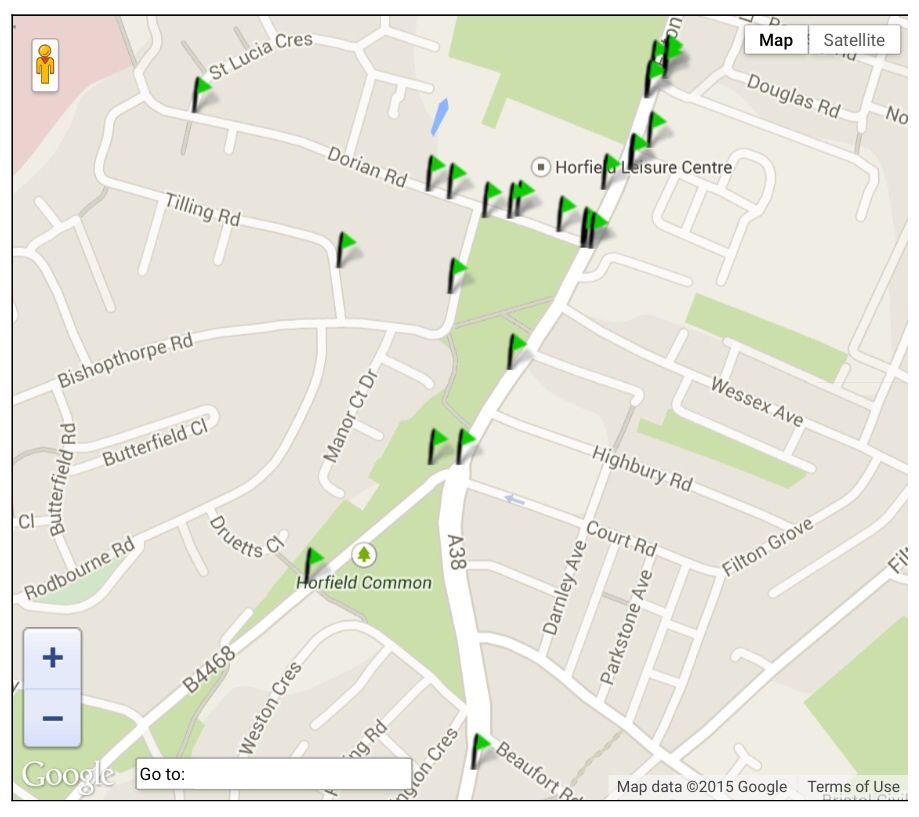 And a photo of the pothole itself: 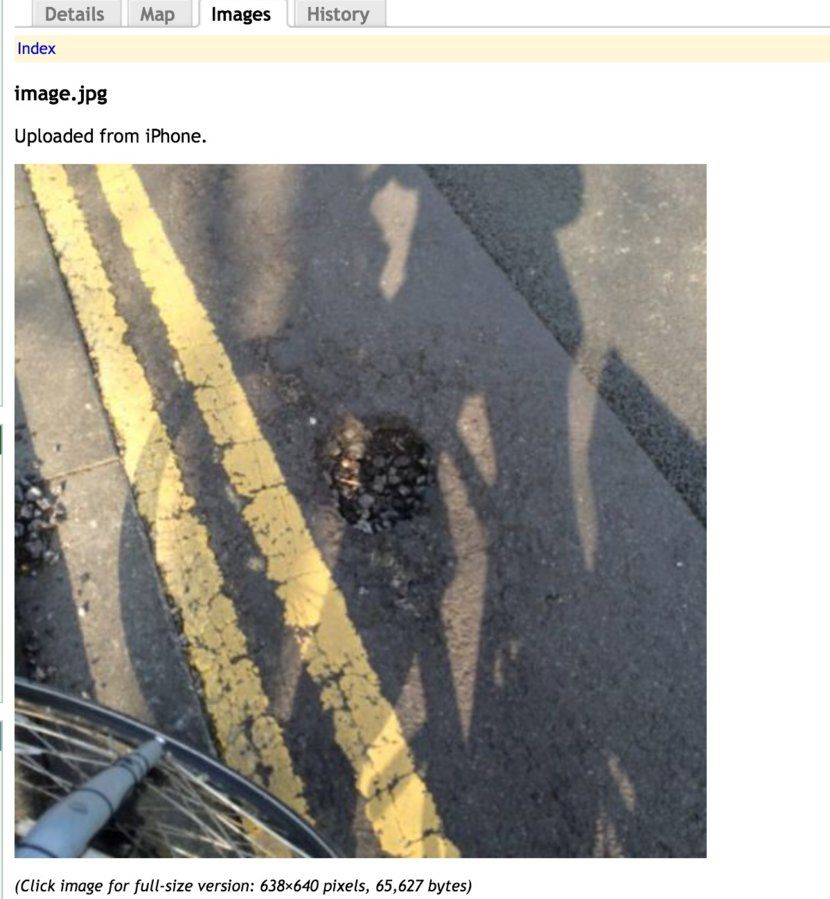 There is even tables to compare local authorities.

I use the fill that hole app and at the same time, my local council's own web site, to report more serious holes which affect me as a cyclist. - Photo and written report. So far the responses both electronic and physical have been quick.
I have even been invited to submit evidence for a claim I have made for a double pinch puncture I suffered because of one awful hole. - Remains to be seen if they pay up for a new inner.
As @summerdays says, the pain is stopping and taking a photo.
A

Round here pot holes are filled with a bag of tarmac filling substance put in by a man with a shovel. It's pathetic. The failure to repair roads to a minimum standard really annoys me. The outcome of reporting issues via a website such as is simply going to be a man with a shovel as I would suspect the purpose is to prevent claims rather than improve the roads.

The local council have recently widened pavements in addition to making them accessible to the blind but in places where simply put no-one [let alone partially sighted] would be walking. Also, I take a ride on the lanes and was surprised to find they've resurfaced just under a mile where I don't recall it was needed and is now [after all of a couple of weeks] overlaid with mud and cow/horse/animal shoot from the farmers who no doubt don't care about poor surfaces in their tractors. Compare that to the middle of town where the roads feel like the surface of a mortar targeting site.