My front brake caliper on the GT has been stuck for months now. I've tried everything, it wont budge. So I decided I could saw off the caliper at the front. If the nut is seized I can push the remainder of the bolt back through, right?

No. Its also completely seized solid at the front too. So instead of a whole caliper to grip onto, I had little stub of metal. There was only one option left. The drill.

Drilling out the nut had no effect. So I started on the front but its really difficult to make sure a hand drill is centre. I decided a temporary retreat to be a good idea.

There is also a lot more exposed metal due to the paint flaking in that area. Do you think I can salvage this or is it time for new forks?

I don't even know how I would go about sizing new forks. Any pointers? 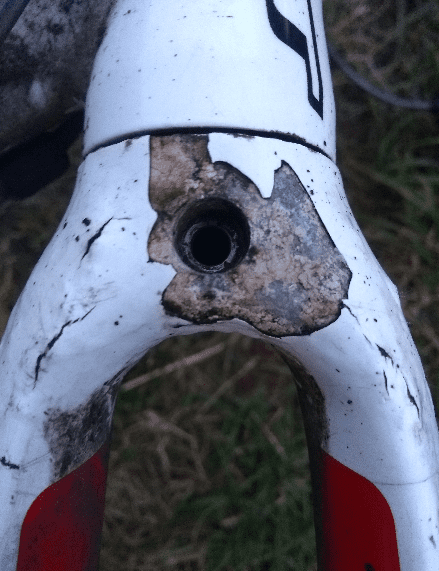 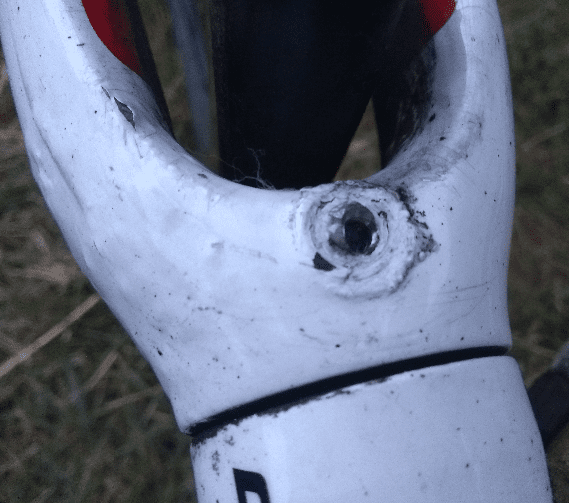 But methinks new forks would be sensible.

Ye Gods, what a mess. The bike must have been neglected for that to happen. Is the rest of it in good enough condition even to make new forks worthwhile?

I'll save you some money. Buy just one fork. And....do clean your bike more often to prevent this from happening, especially when riding on salted roads. Mudguards also make bikes live longer.

It took 4 hours of careful drilling, but I managed to remove all the waste metal without too much damage (maximum ~1mm)

It looked worse than it was. The paint is chipped but the structure is solid. Once its all clean Ill post some pics. You are a critical bunch