Chain came off this morning but I couldn’t work out why.

Put it back on and ride the remaining 1/2 mike to work. As i got into the garage there, I heard a tinkling sound. Didn’t think any more of it.

Went to pedal up the slope out of our garage (underground parking) and the chain came off with a horrible grinding sound.

Turns out the tinkling sound was one of two chainring bolts that had worked loose and dropped off. 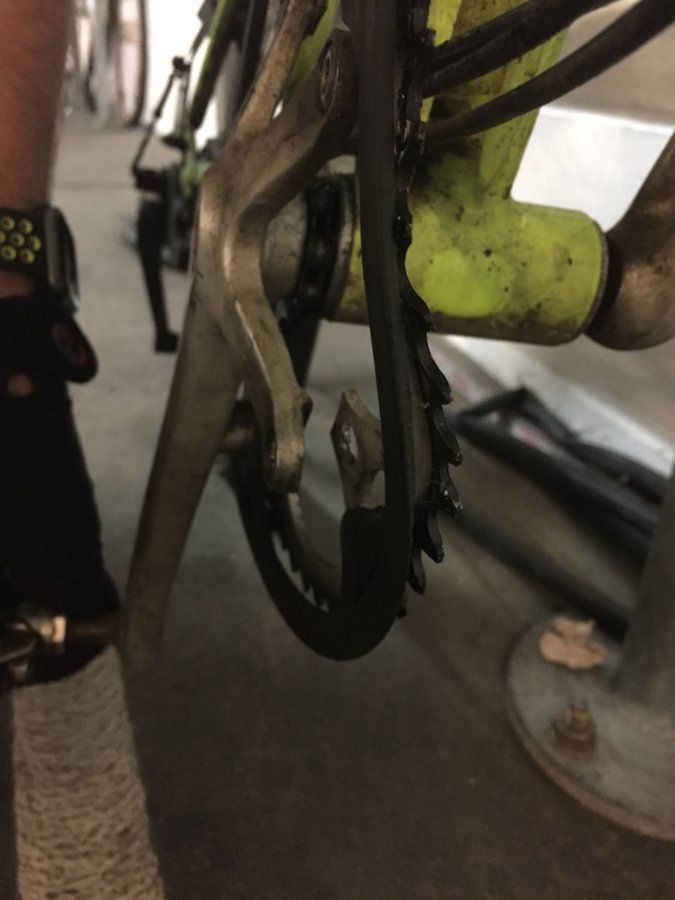 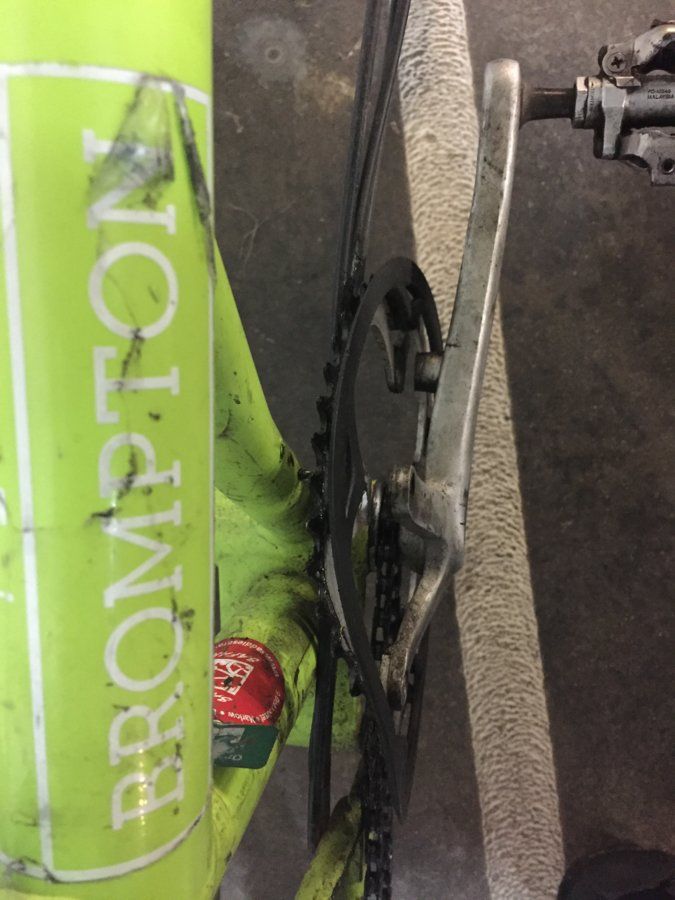 Holy Trump Father of Jesus, that could have ended badly.

In all seriousness, at least it didn’t happen while pedalling on the main roads

Its even creased the premium Brompton sticker!

You'd be surprised how many times I've found those bolts loose on bikes I've bought. Case of a bit of Loctite goes a long way.
OP

I added copper slip to them last time I changed everything.

As the time before, one of them seized and I had to hacksaw the chainring off to remove it.

'Kinell! That could have ended horribly.
OP

All sorted. At least it happened this week before the BWC at the weekend.

I'll just need to check the new chainring bolts before setting off.

Cycleops said:
Its even creased the premium Brompton sticker!

You'd be surprised how many times I've found those bolts loose on bikes I've bought. Case of a bit of Loctite goes a long way.
Click to expand...

+1 to this. I think I've resolved my long-standing issue of the front dérailleur rub because last night I discovered that three of mine were loose all in the same arc.
N

Ever since my bottom bracket snapped I've investigated every little rattle and clinking noise Turned out a chain ring bolt on the inside that screws into the crank had worked loose. Had to tighten up all the others too!

Wow... I haven't seen a chainring eat itself alive like that since I did something similar on a tandem about 30 years ago on a steep hill in south Wales. Thankfully, since that episode, checking the chainring bolts is something I tend to do now, although then, it was on a MTB style Shimano chainring, 3 rings, and for some reason, over long rides, some bolts could loosen, and once or twice lost a few without noticing, but replaced once we found a shop because unsurprisingly, every bike shop stocked them. Until the fateful day when, for a bet, up a short-sharp ascent in Machen at the end of a London-Cardiff ride, the chainring just destroyed itself, in a very similar manner to yours, and we went from spinning up the hill, to sliding back down and falling off, to lots of swearing. Good work. Some watts must've been going through it to do that. We had two of us on the tandem to do that sorta damage!
You must log in or register to reply here.
Share:
Facebook Twitter Reddit Pinterest Tumblr WhatsApp Email Link
Top Bottom