Think it's just the lighting, I asked the same thing and was assured they were definitely black.

potsy said:
Think it's just the lighting, I asked the same thing and was assured they were definitely black.
Click to expand...

Yep. Nothing wrong with chocolate though!
E 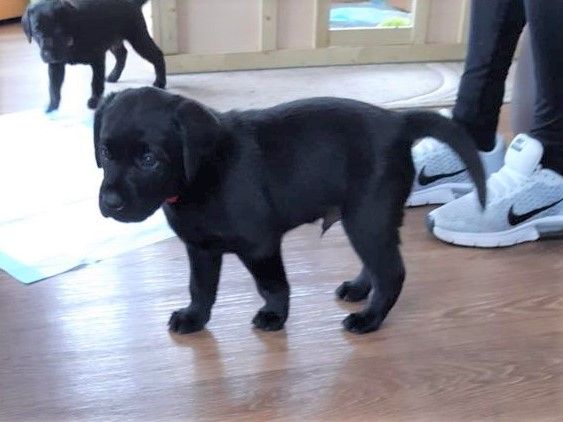 He looks to be a good lad

Our neighbours have a Labrador, it was bonkers when a pup but now it’s been neutered and is two year old he is a lovely confident dog,

really docile and if my kids were a bit older I’d look after it when they go away. My kids like dogs but not when they get excited and start doing a zoomie. Lol.

My other neighbour would have the worst border collie ever if it was a working dog as it’s really nervous and terrified of everything, including me despite knowing each other for two years! She is fab with a tennis ball, in true collie style she will chase it till she drops and is really intelligent.
I don’t have any pictures unfortunately.

Our eldest is 3 and she still does random zoomies, don't think they will grow out of to be fair!

Eric Olthwaite said:
Yep. Nothing wrong with chocolate though!
Click to expand...

There is if you give it to Doggies, quite toxic in fact

Despite the white bits, yes, he is a genui-wine labrador. He’s got a Kennel Club stifficate and everything. Contrary to popular belief, proper labs are allowed to have white bits, and spots on the tongue.

We’ve been together about six years now. He was with a family that had been persuaded by their granny to have a big dog, because her house was too full of little yappers. But they didn’t really want a dog at all, and neglected him. He was massively overweight and had lots of broken teeth from chewing stones from sheer boredom. They did know enough to know that he wasn’t happy, though, so he came to me via a mutual friend who runs a sort of informal dog-broking service.

I took him back there for a visit once. It was embarrassing: he couldn’t get away fast enough.

He’s probably the most popular dog in the village; all the children know him by name. He never needs to be on a lead. He travels with me and we’ve been on filming trips to many parts of Europe together.*

A true labrador, he is obsessed with fetching stuff. His never-failing method of making friends is to find a stick, ball or bottle (he can find one of these objects anywhere), place it gently at the feet of a random stranger who doesn’t appear (to him) to be otherwise occupied, step back a pace and gaze appealingly at them.

*Sadly, since Brexit, this may no longer be possible.

Our eldest has a white flash down her chest, all Labrador as well!. 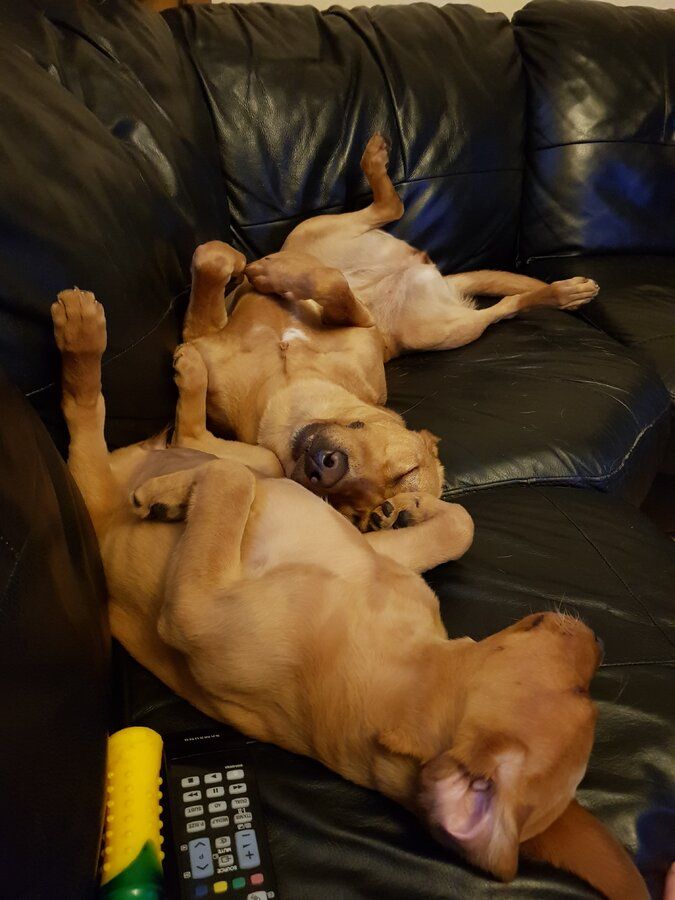 Its only the show standard that frowns upon them as a 'mismark' - as an actual breed marker theyre perfectly acceptable and would still qualify for kennel club registration.
Last edited: 11 Apr 2021

Etty the stabrador. So chilled. A beaut of a dog. 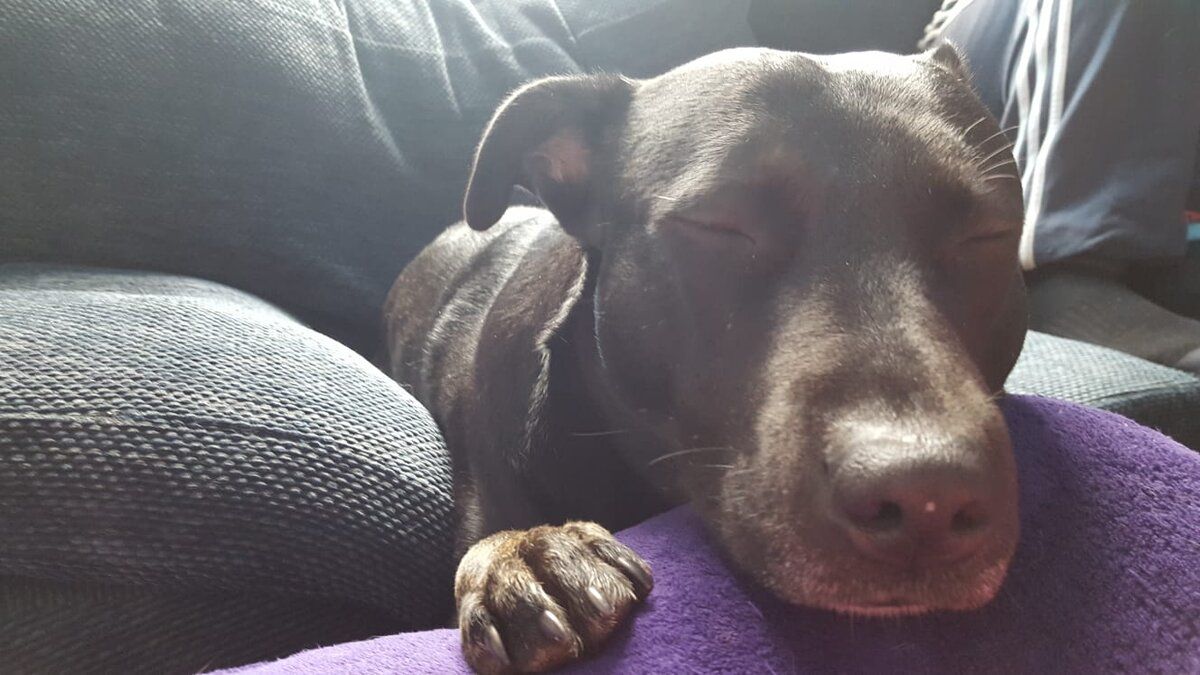 Looking after my friend's Springerdor again today. He's a livewire outside and a cuddly, chilled lad inside. The poor mite has a tree pollen allergy though, so needs a hose down after any rural or semi rural walk! 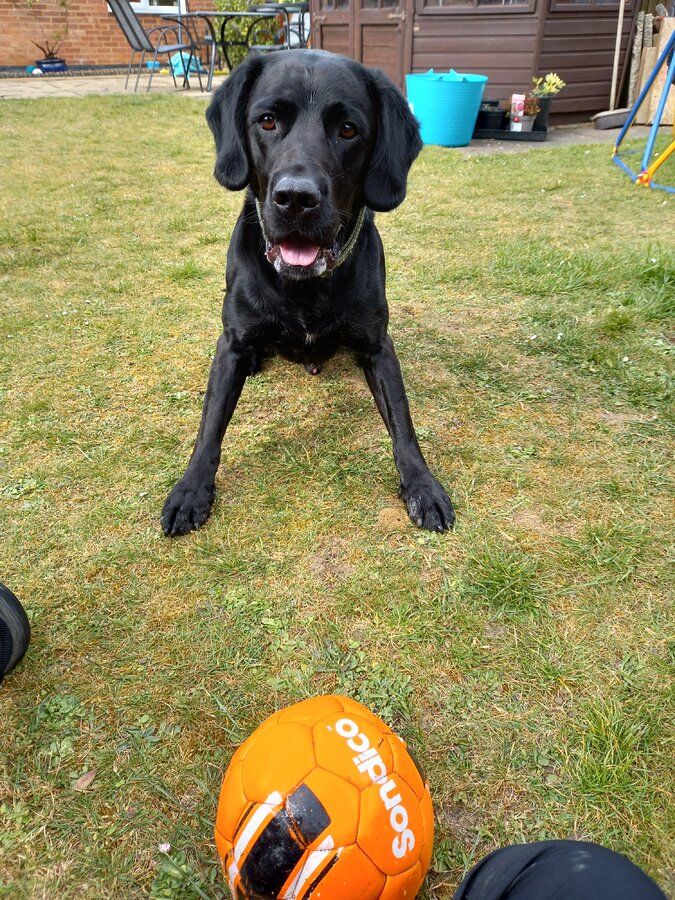 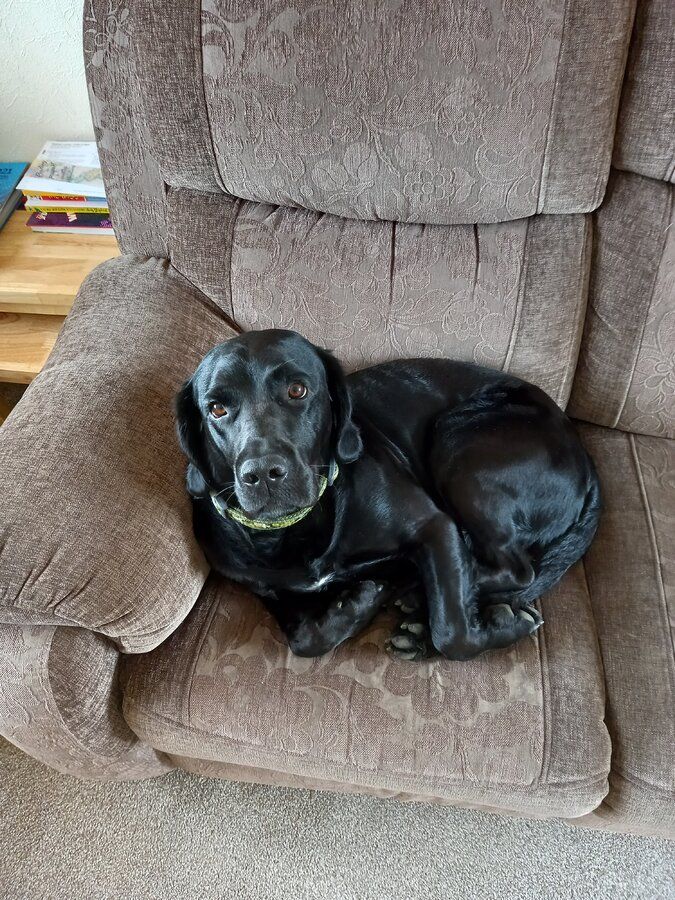 I've quite fancied getting a Labrador, but I'm worried as a rather large proportion of their owners seem to have developed sight problems.....
OP

T4tomo said:
I've quite fancied getting a Labrador, but I'm worried as a rather large proportion of their owners seem to have developed sight problems.....
Click to expand...

A couple of years ago I left my boy Lemmy with my mate Colin while we went abroad on our Hols. Colin is an old boy, but Lemmy absolutely adores him, and i know Colin loves him back, so I was confident all would be good.

Anyhoo, Colin was out walking Lemmy and the sun came out. Colin's glasses are the reactive type that darken in the sun, and a passer by commented as to how wonderfuly the Labrador guide dogs are.

When he's out for walkies Lemmy wears a harness rather than a lead (less chance of injury, less damage to fur, and it puts a big handle on his back which makes him easy to grab and control if he gets in any trouble) and Colin observed to himself that Lemmy did look rather like a guide dog while wearing it. Being a bit of a rascal Colin nipped home, got his best Roy Orbison Ray-Bans, and walked into town, whereupon he insisted in going into Boots, the bank, the newsagents, etc, with the dog and stumbled round a bit pretending to be blind. No one challenged him because they all thought it was a guide dog. When I found out I told Colin off for being naughty, and I also told Lemmy off for playing along.
E 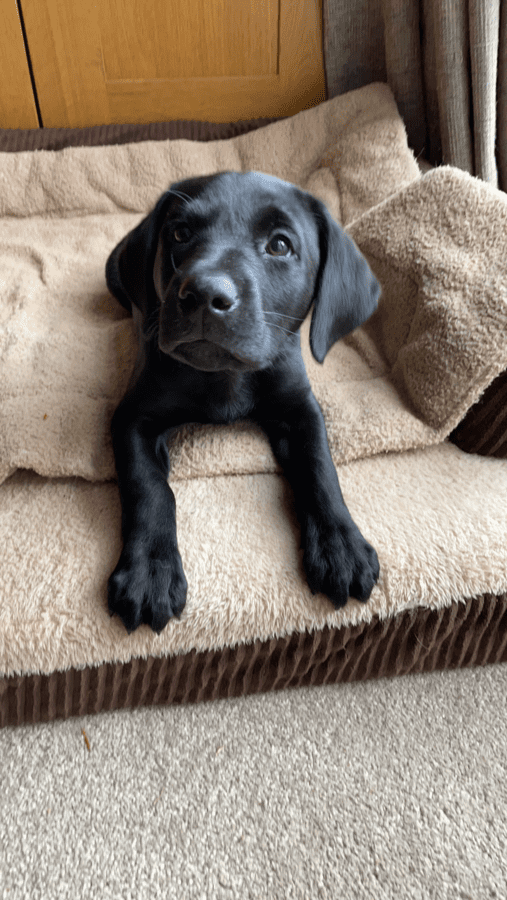 Ted is settling in
You must log in or register to reply here.
Similar threads