Why I got banned from C+: please do not read if offendable

Hello all Cycle Chatters and C+ refugees. I had quite a few requests for the filth-drivel that got me banned yesterday. So here it is, sanitised at the request of admin. (I should have thought of that before you asked, VERY sorry admin.) If you want the unexpurgated version PM me. But it is really horrid.

I don't know what there is to do here apart from test the freedom of speech laws. Now that Race and Know-How have been emptied of posts and posters (way to go Future, you s*******s) there's ****-all else going on.

Right. have a nice Friday afternoon everyone. I'm off to Cyclefit for tea with Ernesto Colnago.
OP
OP

I don't know how it works but the C+ one would automatically recognise and change the spelling of (or replace with asterisks) certain swearwords. And the gentleman who runs a certain anti speed camera site had his name 'filtered' to He Whom We Do Not Name. Maybe because he was always accusing us of libelling him, or maybe because he and his mates were trolling C+ a lot. Bit of a battle there.

the cycling plus filter was piss easy to circumvent. don't know about this one though…

Something as innocuous as that got you banned!!!!!!! I've heard worse things than that in a vicar's sermon for the Sunday family service.

Oh yes I read that and thought it was hilarious!
No accounting for taste, eh?

I notice that you are apparently reinstated on Radar

I think it's more effective with the ****s. Like a horror film where you never quite see the 'thing', so you imagine much much worse...

I think the BikeRadar administrators might have realised they acted a little hastily in banning Eurostar for that. Fair play to them, at least they've reinstated him.

Eurostar, did you reeeaaalllyy see LA taking it up the **** by GH :shock : orrrrrrr are you just kidding???

I sense the OP has been rather tense of late.

How and why did you dig this one up Colly?

We have a Necromonger on board who knew?

Must of took a bit of dredging to find this thread Colly? Something you want to share with us? 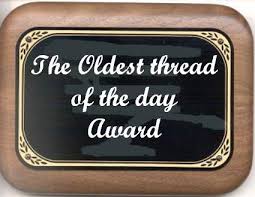 Vegetarians do not read this

so where do you buy DVDs from, if not from Amazon?