Bicycle
A BICYCLE the length of three buses will cruise down Rundle Rd at the Tour Down Under tomorrow in an attempt to break the Guinness Book world record for the longest bike.
Twenty cyclists, including Channel 9 newsreader Brenton Ragless and former cyclist Patrick Jonker, will ride the locally-made 41.9m bicycle along Rundle Rd on Saturday at 10am.

The 2500kg bike will have to travel 100 metres unaided to break the current world record which stands at 35.79m.metres, set in the Netherlands in August, 2011.

The bike construction was a collaboration between Santos and UniSA and took nine months of planning.

Second year mechanical engineering students designed the bicycle as a class project. A manufacturing workshop in northern Adelaide, Weldrite, constructed most of the bike.
Santos spokesman, Damon Hunt, said the world record attempt was a way to bring something different to the Tour.

“For 2015 we wanted to try something new that was not only fun but added another element of interest for race spectators.”

The Big Bike will be on public display in Victoria Square as part of the Tour Village for the duration of the Santos Tour Down Under. It is planned to later be put on display at the University of South Australia at Mawson Lakes.

I hope there's no corners on Rundle Rd.
OP

AndyRM said:
I hope there's no corners on Rundle Rd.
Click to expand...

How many wheels does it have?
M

I hope every single one of the riders wear HiViz else there might be a SMIDSY.
OP

0-markymark-0 said:
I hope every single one of the riders wear HiViz else there might be a SMIDSY.
Click to expand...

Helmets as well, compulsory in Australia!

Who-ever on the back will suffer whiplash I fear

gavroche said:
How many wheels does it have?
Click to expand...

I'd like to know that too. The picture on the article is crap and I couldn't find a better one. Any of our antipodean contingent got a source, or better yet are going to the attempt and could get us some footage?

Also, why does it have to go 100m to beat the record of 35m? Seems it's one rule for the Dutch and another for Australians, political correctness gone mad I tell you!
OP

AndyRM said:
Also, why does it have to go 100m to beat the record of 35m? Seems it's one rule for the Dutch and another for Australians, political correctness gone mad I tell you!
Click to expand...

Length of the bike maybe?

classic33 said:
Length of the bike maybe?
Click to expand...

I really should have thought of that. What a plum!

I've clearly used up all my brain power on your damn riddles!!
OP

AndyRM said:
I hope there's no corners on Rundle Rd.
Click to expand...

No bends. Still can't locate a better picture though. @victor, know owt about it? 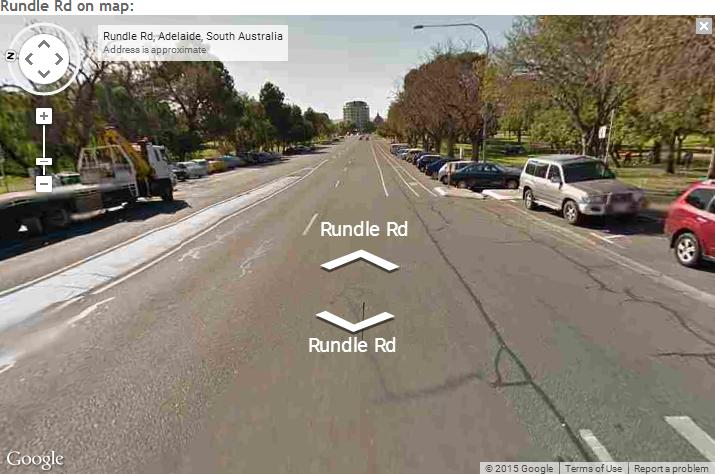 I've never been to Adelaide, although my family visited Australia when I was about 10. Judging from Google Maps, Rundle Rd looks long enough for such an atttempt, though:
https://maps.google.com.au/maps?q=R...le+Rd,+Adelaide+South+Australia+5000&t=m&z=17

I hope the cyclists put a working bell or horn somewhere on it, though, plus a rear red reflector, or the local cops might book them.