snorri said:
I'd have done the same, if I had a son.
Islay malts have been compared to TCP before today, but everyone to his or her own

My wife ( a non-drinker) rates all my whiskies on how closely the aroma resembles that of sellotape.

Oxford Dave said:
My wife ( a non-drinker) rates all my whiskies on how closely the aroma resembles that of sellotape.
Click to expand... 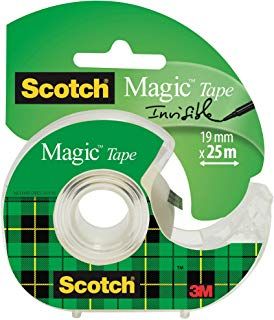 I've got a roll of that upstairs, maybe I should blindfold her and test her sense of smell.

On the other hand, I'm all for a quiet (and long) life

Pale Rider said:
An examination of my current Speyside bottle shows it is 'selected by Tesco'.

Effectively an own brand, but at least it is distilled and bottled in Scotland.

I like the idea of supporting the whisky industry in Scotland, but accept my money might end up in the coffers of a multi-national unless I buy direct from a privately owned distillery.
Click to expand...

This 12 year old is one of my favourites, I think it’s better than the 18 year old.

After yet another interview failure, my specialty it seems, and as a result whilst still having a job finding myself demoted, albeit with existing salary protected for 18 months, a bottle of Talisker Syke at £25 in Waitrose was too attractive to leave on the shelf.

FWIW from the single malts I've experienced thus far, I like Old Pulteney, Glenlivit, Glenfiddich, Balvennie Double Wood and Highland Park (all 10-12yrs old I think).. probably in about that order of preference.

All barring the Glenlivit (which has gone up to silly money) are around £35 but can be had for £25 on supermarket rolling promos.. personally I don't drink that often and can't justify spending more than £25 on a bottle of anything. I tend to steer clear of the Highland Park now as I resent their stupid "Viking"-led rebrand / marketing.

I've tried some of the "non-age-specific" stuff (that's basically been brought in as a cynical attempt to fill the bottom rung of the single malt market and allow the prices of the 10 and 12yr old stuff to be hiked) from the likes of Talisker and Glenlivit, and wasn't impressed tbh. Looks like Whiskey's the latest product to have been savaged by price-gouging marketeer scumbags

Tbh I genuinely can't stand the taste of the cheapo blended stuff (I'd rather not drink than consume Grouse or Bells tbh) although find Jameson's a good blend if you want to go a bit cheaper than a single malt. About the same price (£24) as a discounted single malt (the latter being the obvious choice if available) but I think can be picked up on promo for maybe £17-18.
Last edited: Thursday at 20:00

Currently running through some of Lidl's single malt offerings

The Highland is a bit like rocket fuel but passable

I'm going to try the Jura next

Here for the ride.

The other day I was catching up on repeats of the first series of This Life, a 1990s drama, on iPlayer. One of the plotlines featured a bottle of Bushmills Black Bush, a personal favourite I'm happy to draw attention to. I've often seen it in litre bottles on cross-channel ferries at a very good price. I also saw it in a nearby Tesco just before Christmas, which is less usual.

Amusingly, in the TV programme it was referred to both as "Scotch" and "malt". I'm going to assume this was deliberate writing, hinting at the protagonist's unexpected ignorance.

Yes, very important to sort your whisky from your whiskey. I prefer the smoothness of the Irish stuff myself, although I do like Laphroig and Balvennie.
My absolute favourite doesn't count as it's a honey whisky (Stag's breath).
F

Isn’t that considered a liqueur? So would go up against the likes of Glayva and Drambuie?

Yep. That's why I said it doesn't count

If you're wanting to try a liqueur, I can recommend Red Stag - Jim Beam with cherry.
There is no finer liqueur.

. Is Macallan Sherry oak , it’s splendid however I do prefer the Speyside malts to anything peaty from through west. Just as a side note Pendaryn which is Welsh is actually not too bad as well!